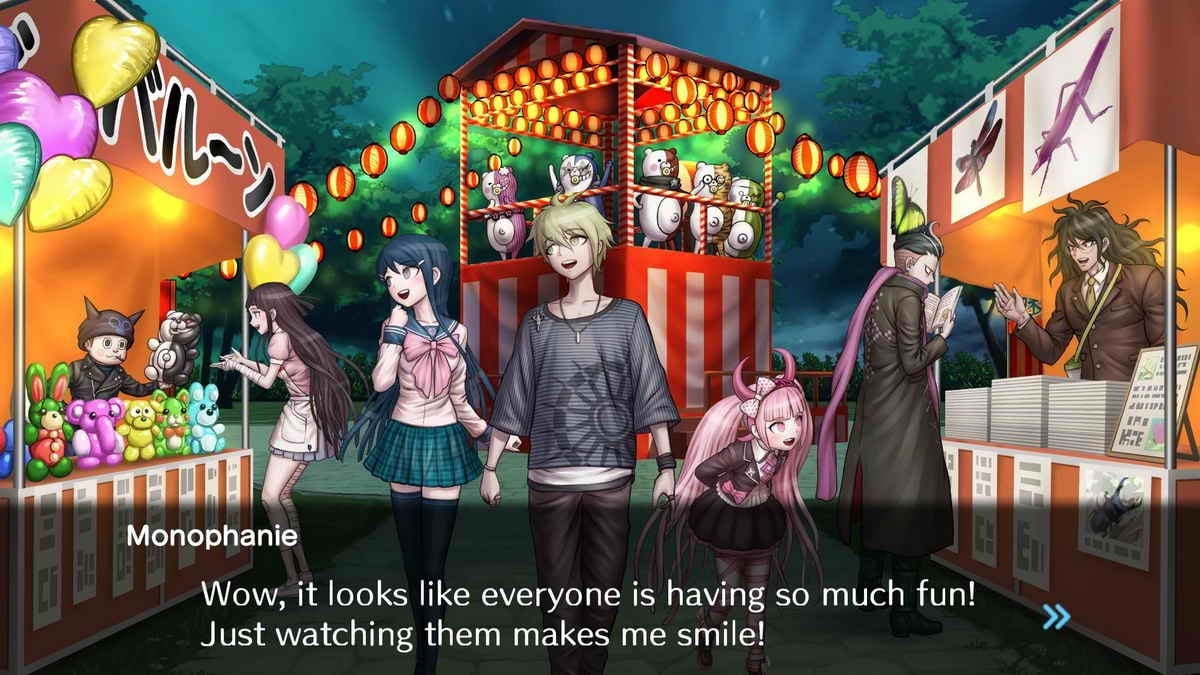 When Spike Chunsoft announced Danganronpa S: Ultimate Summer Camp, we were super excited, as massive fans of the previous games in the franchise – which have become all-time favorite titles on the Vita for us. Ultimate Summer Camp is out now on PlayStation, the Nintendo Switch and the mobile platforms iOS and Android – we checked it out on a PlayStation 4.

The inclusion of mobile as part of the game’s launch platforms was a pretty good clue that Ultimate Summer Camp wasn’t going to be as ambitious of a title as some of the existing ones, and the same can be said for the game’s modest price point. It contains plenty of fan service though, in a package that feels most like a spin-off of Danganronpa V3: Killing Harmony.

Having played all of the previous games before (including Ultra Despair Girls) helps with your enjoyment though, as the cast of Danganronpa S: Ultimate Summer Camp is made up from characters from ALL games released so far. Many of them have their very first interactions in this game, so fans of the characters and their personalities will want to check it out for that reason alone.

This isn’t a narrative-driven game like the other ones though – Ultimate Summer Camp is based on the board game-like bonus mode “Ultimate Talent Development Plan” that you unlocked after completing Danganronpa V3. There’s a much bigger cast of characters to choose from here, but the base gameplay still consists of a very familiar process of rolling dice and working your deck of cards while building up stats for your characters.

Additional characters can be unlocked over time, although there’s also the option to unlock them faster through (paid) vending machines – making this feel like a free-to-play mobile title at times when it isn’t. It’s a shame that the game’s quite grindy otherwise though, and a lot of the fun character interactions might stay out of reach because of it – which we felt was a bigger draw to play the game than the board game mechanics themselves. There are simplified turn-based battles to run into, while other spaces on the board generally result in meeting or developing characters – mechanics that would have been more fun if it had been easier to unlock and access a wider range of characters more quickly. And with some luck-based mechanics in play, it can feel like a real grind to keep playing.

The gameplay shifts to a battle mode after fifty turns, in which your character joins a squad and you can play team-based JRPG-like battles, but instead of feeling like the icing on the cake that you were working towards it feels like a mode that’s been done better elsewhere – including in previous
Danganronpa games.

Danganronpa S: Ultimate Summer Camp is a tough game to recommend to any but the most hardcore fans of the series. In large part, this is because the arguably best parts of the game – the interactions between the iconic characters from all four games – feels too hard to access because of the grindy nature of the gameplay.