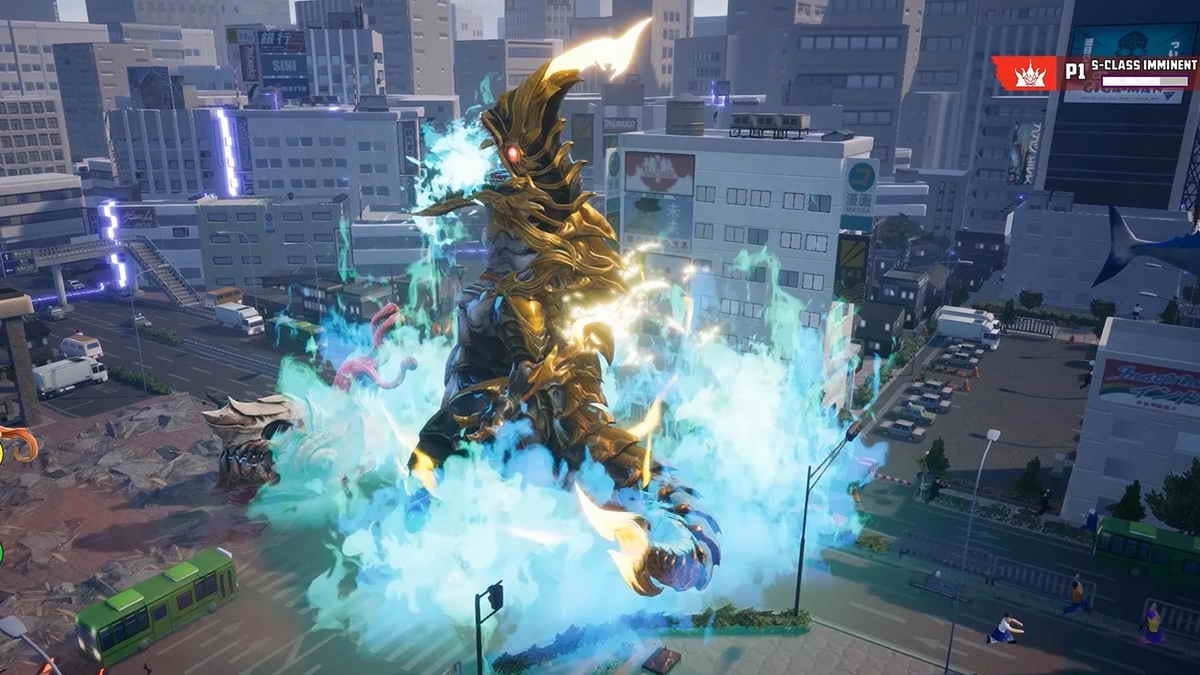 Passion Republic’s GigaBash is the next Kaiju-inspired title to come our way. It’s available for PCs and PlayStation – we tested it on a PlayStation 5.

While “we’re seeing Kaiju pop up all over the place” could be a statement from a monster movie, it can be applied to videogaming very well right now. From VR games like Tentacular and the recent Dawn of the Monsters to the upcoming Gigapocalypse, they’re a hot commodity in gaming right now. GigaBash is a brawler that emphasized multiplayer gameplay, and features 10 different characters, all of which were inspired by Kaiju films – though often with a twist to them. 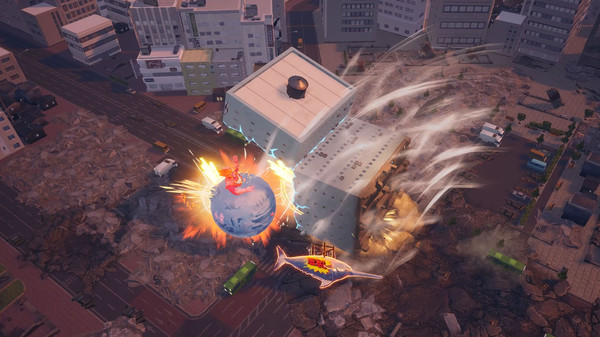 As GigaBash doesn’t rely on any kind of official licenses, its roster of characters is entirely fresh – though often with not-so-subtle nods to material that inspired it. So you can expect a Godzilla-like character, but you also have Kongkrete – who isn’t actually a big ape but a giant building that’s somehow come alive and is ready to pounce on other monsters.

You do this in deathmatch-style confrontations that take place in 3D arenas with scenery that can (and will be) destroyed over the course of your fights. This automatically happens as you hit your light and heavy attacks, but picking up an opponent and tossing him around the arena is a quick way to cause massive damage, as is your ability to temporarily transform into an even larger (S-Class) titan. This provides a big boost to the damage you deal, so once your energy meter is fully charged it’s smart to time this transformation well. 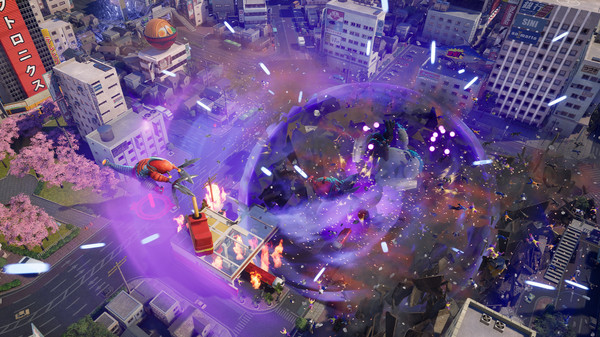 While GigaBash is at its best when playing with others, it also features four story-driven campaigns that each center around one of the included kaijus. At only 25 to 30 minutes per campaign they’re short and sweet, but the story and cutscenes don’t hide the fact that the gameplay itself is somewhat repetitive. There are a few changes to the core brawling with small objectives to complete in addition to having to beat other monsters, but we couldn’t help but feel that solo play feels tacked on.

Multiplayer is a ton of fun though, and can be enjoyed through a few different modes for up to four players, both locally and online. Mayhem Mode is for local multiplayer only, but it’s a lot of fun as it introduces mini-games into the mix – whereas Rampage feels arcade-inspired in how it makes you destroy buildings as quickly as possible. Combine all those modes with the fact that GigaBash looks the part – with its colorful cast of characters and dynamic/destructible environments, and this is one to check out if you have the option to play with friends – preferably locally.

One thought on “GigaBash review (PS5)”