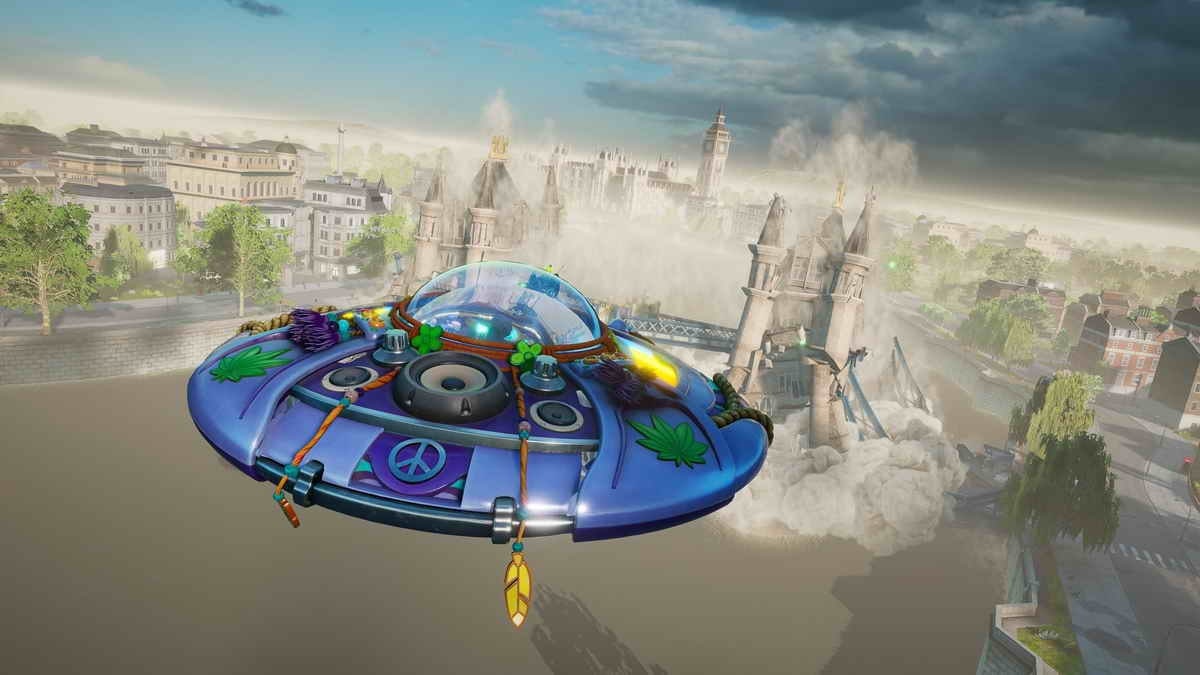 The Destroy All Humans! franchise returned two years ago, and now we’re getting a remake of the second game in the series with Destroy All Humans! 2 – Reprobed, which is skipping last gen consoles but is available on PC as well as the latest PlayStation and Xbox models. Our review is based on the PS5 version.

With the title of this latest remake, adding ‘Reprobed’, they’ve made it more clear that we’re talking about a remake this time, though we feel that Reprobed sits somewhere inbetween a remaster and a remake when you look at what’s been changed and what’s new. Luckily, the silly nature of the core premise, where you take control of invading aliens against the backdrop of classic sci-fi, is still intact.

The most dramatic changes (and improvements) can be seen in the game’s visuals. The original games are about two decades old at this point, and the development team at Black Forest Games has pushed the Unreal Engine hard enough that they had to opt out of making versions for the previous console generation – despite the massive installed base that still hasn’t made the leap to a PS5 or Xbox Series S/X. 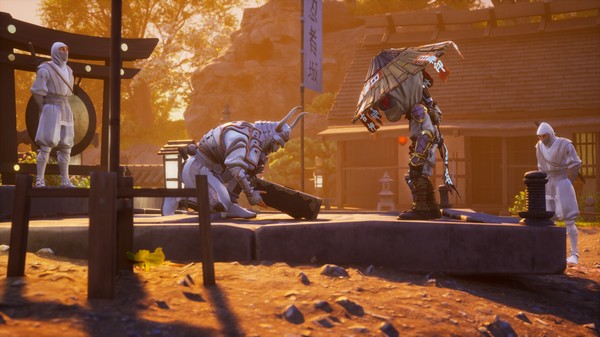 Some of the bigger visual changes can be seen in the character models, which are far more detailed and have a lot more (facial) animations to help bring them to life. The more cartoon-like presentation doesn’t allow for as much detail as you see in open world games like Watch Dogs, but there are great effects on display that use color and lighting making the action pop off the screen. And because the sequel takes places in the 60s rather than the 50s, its backdrop of San Francisco in a hippie revolution is perfectly chosen.

The developers went for a full visual rebuild rather than just giving the existing game a new lick of a paint, so it’s a shame that they didn’t apply the same philosophy to the gameplay mechanics and world design, which by today’s standards feels less vibrant and alive than modern open world games do. With the decision to make use of the extra horsepower of the PS5, it’s unfortunate that they didn’t use it to populate the world with more to do in between missions. 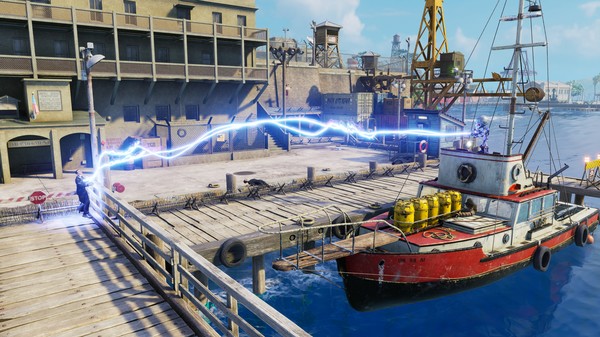 The game’s backdrop isn’t just San Francisco and hippies – in true Destroy All Humans sense it goes over the top with psychedelics, Cold War references and spies. Even some movies and other classic pop culture references from that time get mentioned, so it’s a lot of fun from a nostalgia point of view and though more of it doesn’t affect the narrative much. Destroy All Humans! 2 – Reprobed is much more about the in-game action, which you’ll find in missions that are a lot of fun to play – mostly because of the silly nature of some of the weapons and responsive controls while on foot.

When you step into Crypto’s flying saucer, it’s quite a bit more floaty and you also can’t just land in any back yard as you see fit, which all feels like it was intentionally done to balance out that part of the gameplay with the on-foot combat. It makes little sense when you consider the advanced weaponry you otherwise have at your disposal though, and makes the UFO less empowering than you first think it’s going to be.

As such, nostalgia is a key concept in Destroy All Humans 2! – Reprobed. Not just when it comes to the time period in which it takes place, but also because those who will enjoy it most are the fans of the original game, who are less likely to get frustrated with some of the more dated mechanics that made it into this remake. It’s gorgeous and lots of fun in places, but also limited in scope.