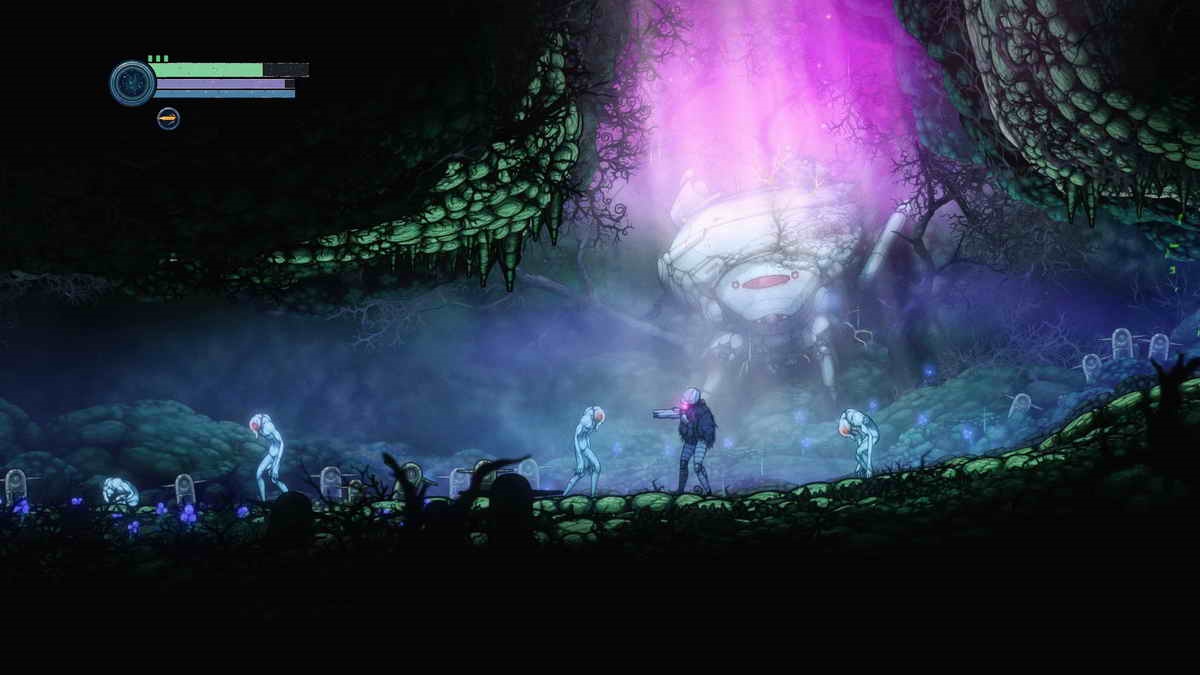 After a lengthy development process Old Moon’s Ghost Song is here, published through Humble Games. We took a look at the Xbox One version of this Metroidvania, which was definitely worth the wait.

Ghost Song has been a long time coming, and first emerged almost a decade ago as a crowdfunding initiative. In a way, that was a blessing, as a lot of the successful Metroidvania games that have come out since then do not seem to have affected Old Moon’s work all that much, which feels like an almost retro kind of experience within the genre.

Sure, there are subtle tweaks here and there, like upgrades that feel a bit like the charms in Hollow Knight, but Ghost Song mostly resembles classics like the earlier Metroid games with a heavy dose of Dark Souls laid on top of it. From the weighty combat to what you leave behind when you die, the inspirations are clear. 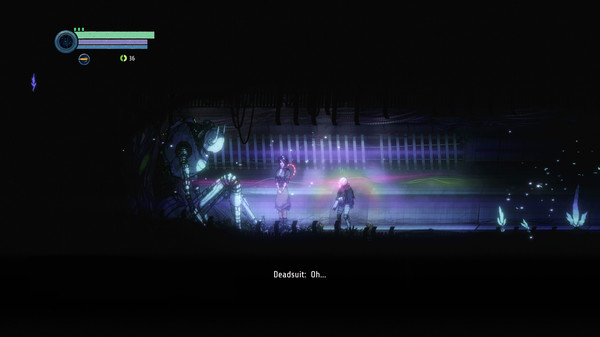 The game features a striking visual style that’s unlike any of the games it was inspired by though, with a game world (a moon called Lorian that you are stranded on) that feels distinctly alien. It doesn’t take long before you realize that your crash probably wasn’t random either – there are too many other crashed space ships around, and dead bodies aren’t a rare sight either. It’s foreboding and unsettling, but you still have to head out and explore – but it’s not even clear who “you” are.

Whoever you are, all you see is the suit you’re wearing, so your quest to explore isn’t just about the environment – you also have to find out more about your own background. On the surface, you’re quite a bit like Samus with your arm-mounted gun, rockets and attack moves, but your suit feels slightly more rigid than the gameplay in Metroid Dread in terms of mobility. 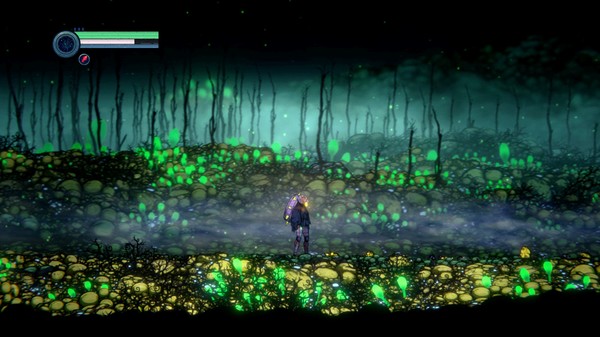 Combat’s interesting, with a unique mechanic where your gun heats up when fired, making it a more effective melee weapon in the process – which encourages firing from a distance and then closing in for a few heavy blows “while the iron’s hot”. Different enemies will require different tactics, and through a variety of upgrade modules you can tweak your combat style – for instance by emphasizing the melee perks that come from overheating your gun.

Story-wise, your main goal is to restore your ship so you can leave Lorian, but this will require five different parts that you’ll have to gather from all corners of the moon. What unfolds from there is a rather typical metroidvania adventure, complete with bosses, fast travel options and dead ends, but Ghost Song also managed to layer a well written narrative on top of that. It’s not just you and a bunch of enemies – you’ll also run into others and engage in (voiced) conversations that emphasize the terror and hopelessness they’re feeling.

It’s through these conversations, together with the excellent artwork, that Ghost Song manages to leave an impression within a crowded genre. For fans of the genre, it’s a must-play, even though it’s not the most original take on the formula.