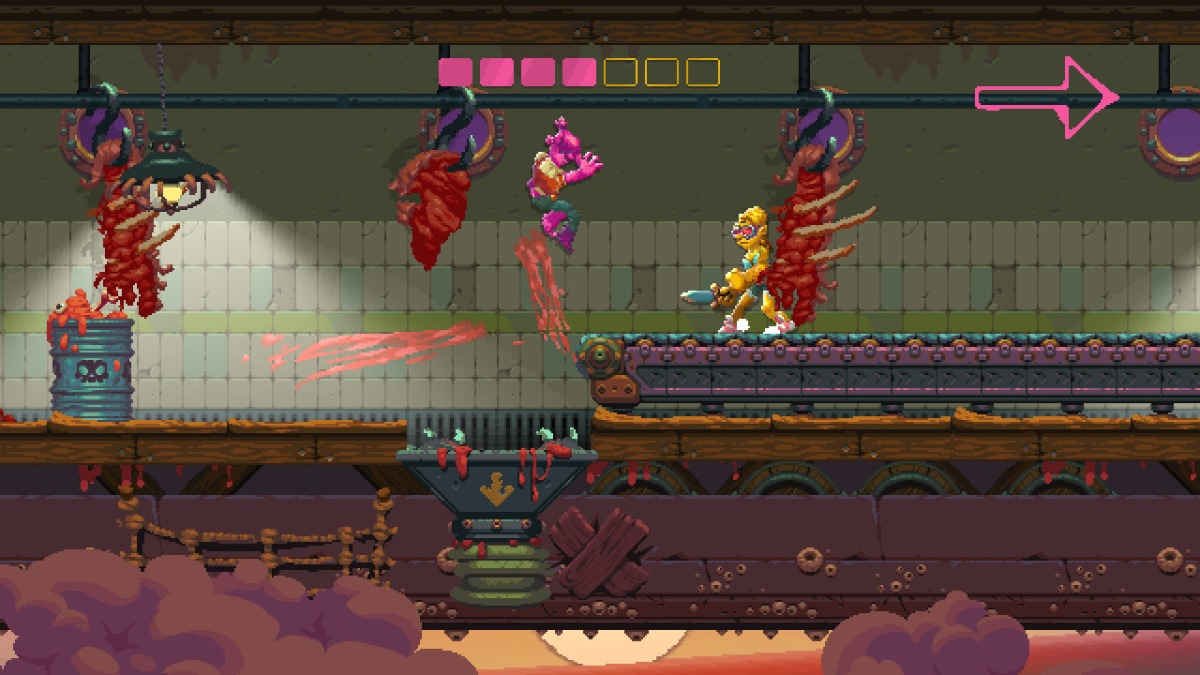 Nidhogg 2 builds on the basic premise of the first game, yet adds a few new elements into the mix. Here’s our review.

I have to admit that the original Nidhogg kind of passed me by when it was released back in 2014. It originally came out on PC, and when it was released for Playstation 4 and the Vita it took a while before I heard people talking about how much fun it was – I never played it until a year after the initial release. At least I’m on time to the party this time around, as Nidhogg 2 was just released. To some degree, I might even be early to the party – as elements like online play still need some refinement.

Luckily, when it comes to the audiovisual aspect of Nidhogg and Nidhogg 2, there isn’t really a way to be late – the timeless aesthetic of the first game (sitting somewhere in the pre to early 8 bit era) has now been replaced with visuals that resemble something out of the late 16 bit, early 32 bit era of videogames. Despite still looking very “retro” that way, it’s still a major leap forward for the Nidhogg franchise and one of the biggest changes in the new sequel.

Underneath that new facade, Nidhogg 2 is still very much the same type of game – although it’s more varied than the first title was. Nevertheless, you’re still dueling with another player – preferably in local multiplayer – and trying to get to the side of the screen in order to sacrifice yourself to a mythical serpent.

On top of everything that’s familiar, Nidhogg 2 also uses a wide range of new weapons – no longer restricting you to sword duels. Instead, you can now use ranged weapons as well – or try your hand at a variety of different melee weapons like a giant two-handed sword. They all handle differently, and each weapon has its own strengths and weaknesses for you to discover, use and exploit. Using the default setting, you’re assigned one of these weapons at random every time you respawn, but if that’s not to your liking then you can also configure the same so that only a limited amount of weapons are available to players – or even just a single one. 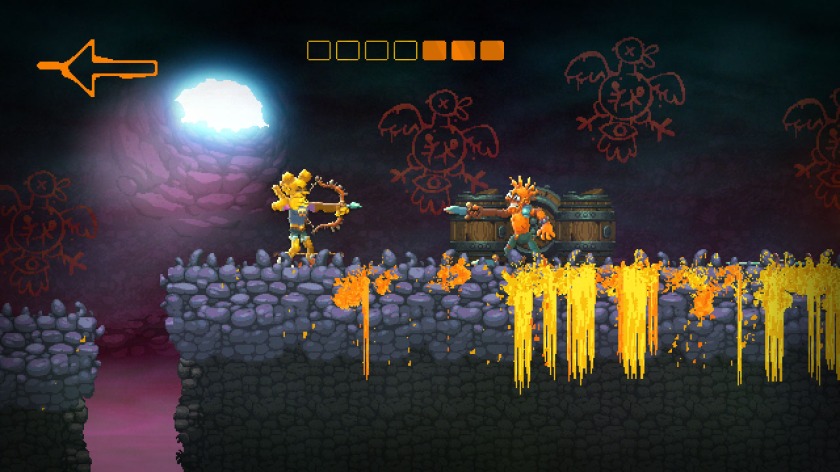 Nidhogg 2 is definitely best enjoyed with some friends during a local multiplayer session, for two reasons. The single player portion just isn’t very exciting to play – the AI-controlled opponents aren’t challenging enough and it’s over before you know it. The alternative, online multiplayer, just doesn’t work properly at this time – Nidhogg 2’s netcode needs quite a bit more work for it to be enjoyable. Frequent disconnects, serious lag – it’s no substitute for local multiplayer in more ways than one.

The basic gameplay in Nidhogg 2 is still fun, and brings back the enjoyment that the first game brought. The lack of a decent online option holds the game back though, so if you don’t have a couple of friends that you regularly play with locally, then you might want to wait a while for things to get patched up. We didn’t test the Xbox or Steam versions, so perhaps the issues aren’t as glaring there. Either way, we’re hoping for online multiplayer to get fixed soon – this is a game best enjoyed with as many others as possible.