Word Search by POWGI is a brand new casual puzzler by Lightwood Games, previously responsible for the excellent Pic-a-Pix Color. It’s a cross-buy release for Playstation 4 and the Playstation Vita, and we tested the handheld version.

POWGI apparently stands for “Puzzle on Word Games Inc”, a company that specializes in all kinds of word-based puzzle experiences. You can find some of these through their mobile apps, and this particular cooperation with Lightwood brings the classic word search puzzle to the Vita.

There is very little to explain about word search puzzles – they’re some of the earliest word puzzles I ever did as a kid, possibly before I was even able to read some of the words. It was a pen and paper kind of experience, but not much has changed. You get a grid of letters, a list of words, and you find the words in the grid – the tricky bit being that they can be spelled out in any direction – even diagonally or backwards.

It’s a super simple concept and Word Search by POWGI doesn’t put any kind of spin on it either. There’s an abundance of content though, with over 300 puzzles neatly divided into themed categories. With each puzzle taking anywhere from 3 to 10 minutes on average, that’s a lot of puzzle time.

The Vita version supports touch screen controls to help you “cross off” the individual words, but you can use regular button controls as well – which I ended up doing because I was off by a row or column too often with my fingers. There’s music playing in the background as well, though this can be turned off if you start getting bored with the same tunes after about a dozen puzzles.

The game’s a prime example of “it is what it is”. Word search puzzles are hardly exciting, but they’re a nice way to spend five minutes if that’s all you have to spend. Priced at the same price point as Pic-a-Pix, I would definitely opt for Lightwood’s previous title instead, but Word Search by POWGI is a solid representation of a classic paper-based phenomenom. 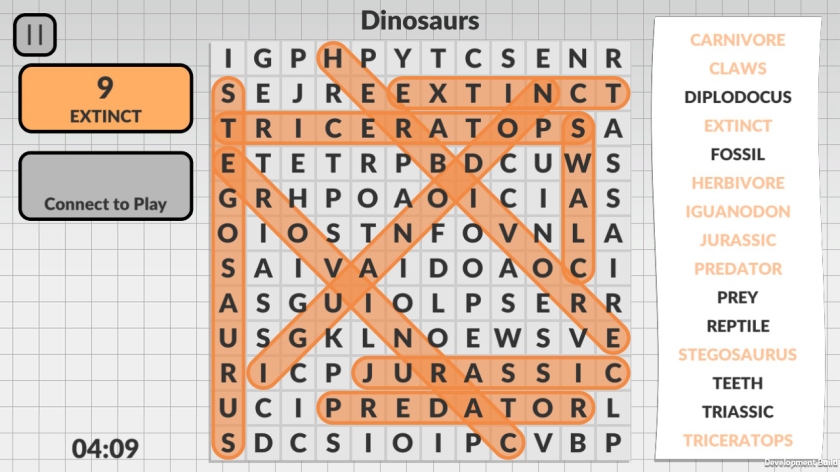