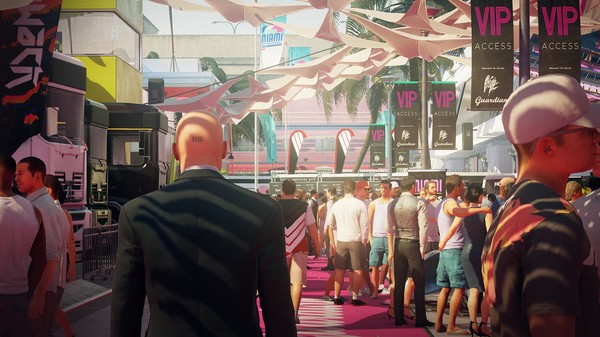 Coming this November, Hitman 2 is the sequel to the acclaimed reboot of the series that was launched by Square Enix in 2016. Now a part of the Warner Bros. stables, Io Interactive is working towards a holiday season release. We met up with them – here’s what we came back with.

Hitman 2 promises to deliver a globe-hopping experience in which Agent 47 engages with his targets in diverse locations that offer multiple ways of completing objectives and missions. Io has also teased that there’s a story-driven experience that connects all these locations and missions, with plenty of the twists and turns you’d expect from a modern spy thriller.

We met with some of Io’s developers during Gamescom and watched a presentation on the game. Afterwards, we got to go hands on with the game – while aided by an Io developer who helped in talking us through the various choices we had in completing our mission, which took place in Miami.

We brought gameplay footage of our playthrough back with us, which details both the story and the main objectives in the mission. Check it out below, and see how we went about achieving our goals in sunny Miami.

During the hands on demo, Hitman 2’s gameplay felt familiar and solid. The Miami level offered multiple ways of completing your objectives, as well as a few side missions you could choose to ignore or take on. Being able to complete a kill in a number of ways certainly isn’t new to the series, but it does offer a fair amount of replayability and the descriptions certainly looked like the methods were quite diverse in nature.

Hitman staples like hiding bodies, disguising yourself and gaining access to other areas are all back, and there’s a nice pacing to it all. The world goes on around you, and if you miss your opportunity because you can’t do a crucial step (in time) then you fail the mission. This didn’t happen to us because we had a developer to aid us, but frequently saving sounds like a good idea – especially if you want to explore some of the branching paths. 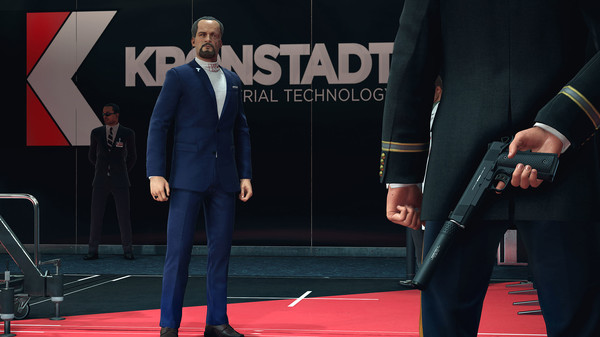 What we did notice during the demo was some unnatural behavior by some of the people in the game world. The Miami level takes place around a race, so there are a ton of people around – making it a vibrant and lively atmosphere. People go about their own routines or are enjoying the race, but their reactions to the gruesome murders I committed weren’t quite as distressed as I would have expected. I was thinking I was going to sneak out amidst mass panic, but most of the bystanders weren’t too impressed. It’s almost as if they thought “Hey, I’m in a Hitman game – these things happen”.

Obviously, Io still has some time to improve on the AI for the game, since the game isn’t out until the middle of November. It’ll be on the later AAA titles this holiday season, and it’s one we’re looking forward to. The Miami level alone felt like it was worth replaying several times over, so we’re just imagining that and multiplying the feeling by however many levels they end up putting in.