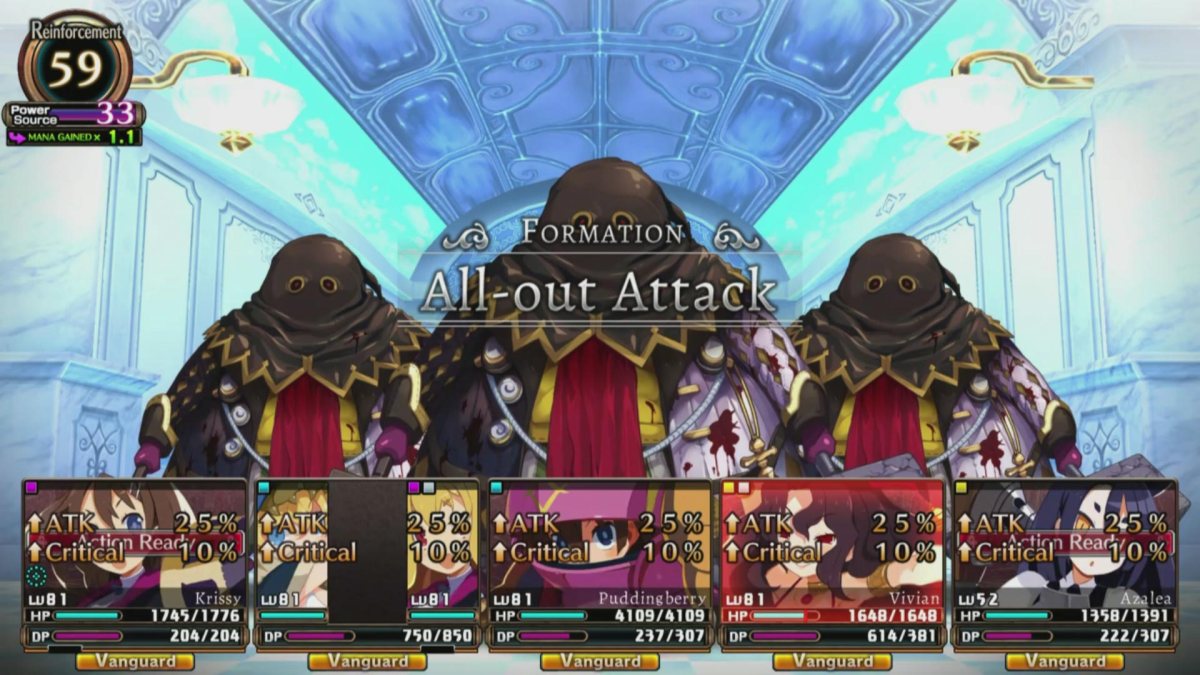 Labyrinth of Refrain: Coven of Dusk had just come to the west thanks to NISA, who localized the game for Playstation 4, PC and Nintendo Switch. Our platform of choice, for this review, was the PS4.

NISA has been responsible for introducing me to a lot of originally Japanese titles over the past few years, including the Disgaea and Danganronpa franchises. I played a lot of these games on my Vita, but in 2018 we’re seeing that the Nintendo Switch is quickly taking over the role of NISA’s go-to platform for portable gaming. It’s a shame and a little bitter for Vita players because Labyrinth of Refrain: Coven of Dusk was originally a Vita title in Japan, but understandable when you look at today’s market dynamics.

Luckily, Disgaea 5 has already gotten me started playing NISA title on the PS4, so I was ready for the switch when Labyrinth of Refrain: Coven of Dusk became PS4-only for Playstation. Disgaea also prepared me for the game with its emphasis on stats in combat, but more on that in a little bit. 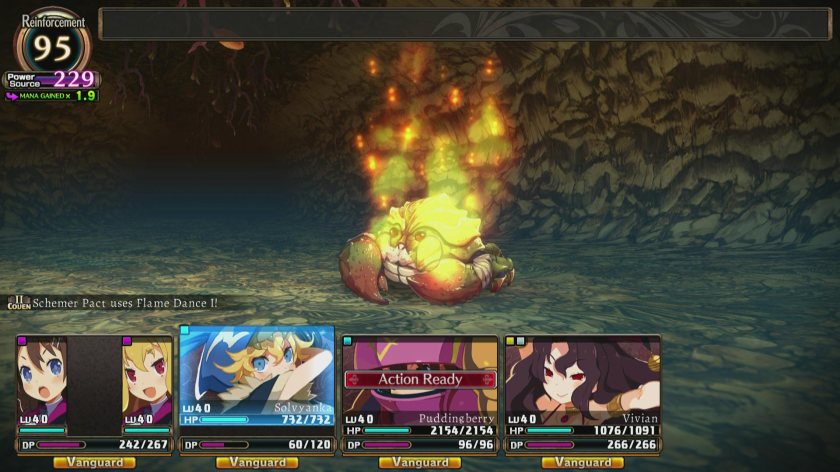 It won’t come as a surprise, looking at the title, that Labyrinth of Refrain is a dungeon crawling type of RPG. As a living and enchanted book, you send puppet soldiers into the dungeons beneath the town of Refrain, where you’ll encounter plenty of monsters, traps and loot – and of course plenty of turn-based combat.

At your base, you can recruit more soldiers, modify their stats and abilities, arm them with gear and weapons and assign them to different covens and battle formations. Aiding you is Dronya, a witch whose magic is bound to your book. There is a ton of room for customization here, but it’s almost to the point of being overwhelming if you’re just a dungeon crawling fan who’s in it for the dungeon crawling and turn-based combat. Then again, if you’re familiar with games like Disgaea then this won’t put you off either.

The game’s story premise is interesting, but the narrative never quite became as engaging as I would have liked. Part of that is a cast of characters that is hard to like. Dronya isn’t very nice to her assistant Luca, who in turn is kind of annoying – which makes it hard to feel too sorry for her. I wish the excellent writing and character development of a franchise like Danganronpa could make it into one of these dungeon crawlers, a genre where the story generally feels like one of the weaker points. 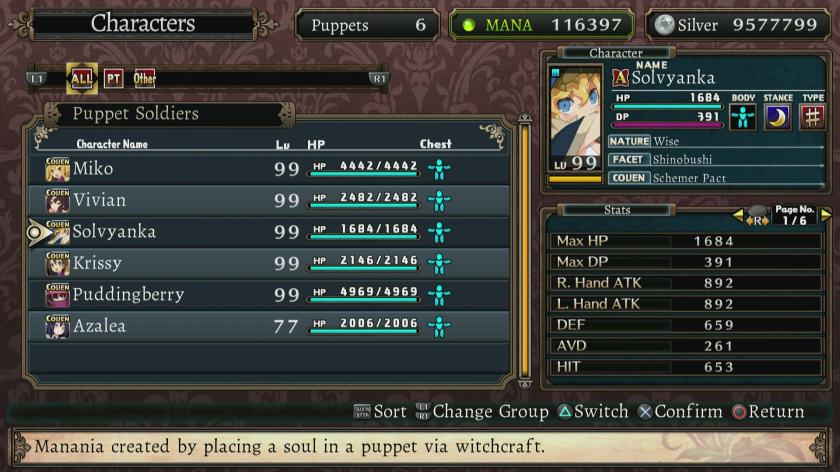 Labyrinth of Refrain got a full English dub for this version, and the visuals received a nice HD upgrade for the PS4. The dungeons are nicely designed with plenty of diverse traps and enemies, but the environments do become a little repetitive after a while – visually speaking. This is where the game’s Vita roots shine through, because even though the graphics are well above average on the Vita this is a game that is released alongside games like Spider-Man, Red Dead Redemption 2 and Assassin’s Creed Odyssey on the PS4. Perhaps now that the Vita is being left behind as a source platform, we’ll see a true next gen approach to the genre in the near future.

One aspect of the game that I really liked was how the difficulty level was both dynamic and selectable – with the selection not taking place until after you’re been playing for a while and get a feel for how you’re doing at the default difficulty. No matter what you choose though, you’ll also notice that enemies will become progressively harder as you power up and gather more mana – making sure you’re never under- or overpowered.

Featuring a solid dungeon crawling experience at its core, the main draw for Labyrinth of Refrain: Coven of Dusk lies in its intricate party management and customization dynamics, which are excellent and give stat-hungry fans plenty to play with. If you enjoy a more accessible dungeon romp, you might want to start elsewhere.