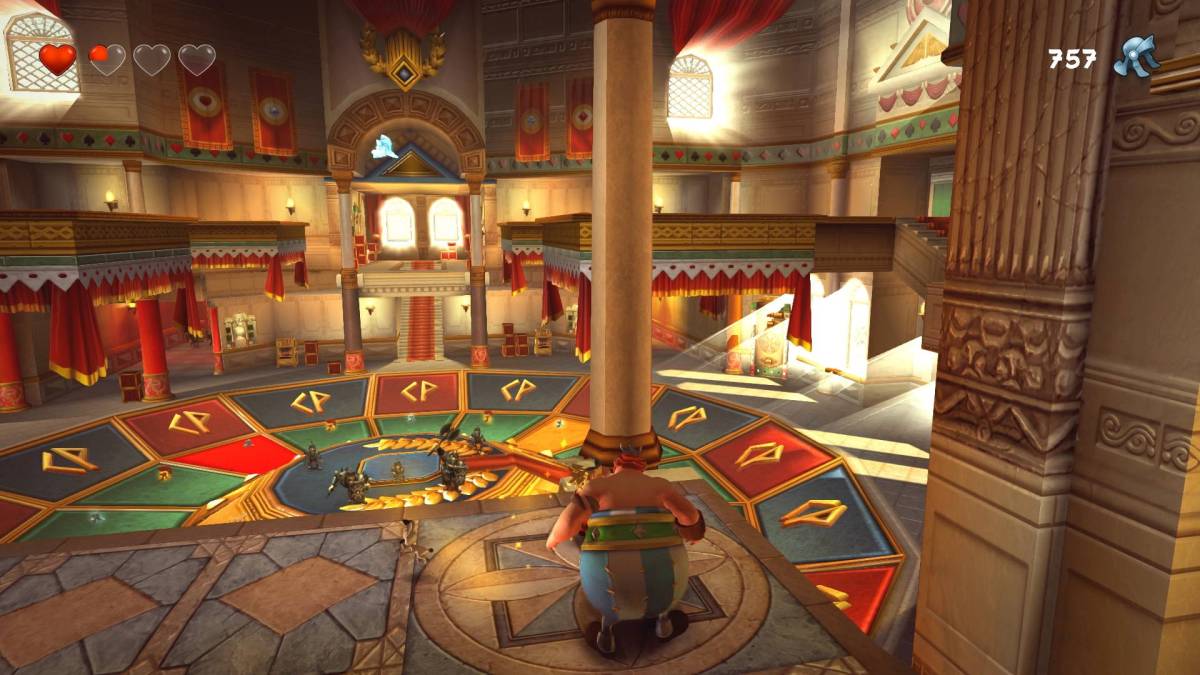 Out now for Playstation 4, Nintendo Switch, Xbox One and PC, Microïds and Mindscape just published Asterix & Obelix XXL 2 – a remake of a 2006 title for the Playstation 2. We kept with the Sony vibe and checked it out on a Playstation 4 Pro.

It’s an odd time we live in, at least for fans of the 3D platforming genre. The genre is by no means dead, but nearly every major studio title has been a remake of sorts. Crash Bandicoot and Spyro lead the charge, but luckily smaller studios have also surprised us with the likes of A Hat In Time and Yooka-Laylee. But in the world of remakes, it’s now Asterix and Obelix’ turn – a release I was actually fond of because I enjoyed the attached license quite a bit as a child.

Perhaps not a household name from a global perspective, Asterix and Obelix are two Gauls who live in the age of Julius Caesar and the Roman occupation of France. Aided by Getafix, the town druid, and his concoctions, Asterix can briefly use super strength to help him overcome his small stature in battle. Obelix doesn’t have any problems with his stature – he’s a big guy who permanently has super strength because he fell into a giant kettle of Getafix’ magic potion as a child. Most comic (and (animated) feature films) see them square off against the Romans and their overwhelming numbers, and it’s a beloved series that’s been going strong for decades. It’s especially popular in its home country of France, where there is even a theme park based on the cartoon Gauls. 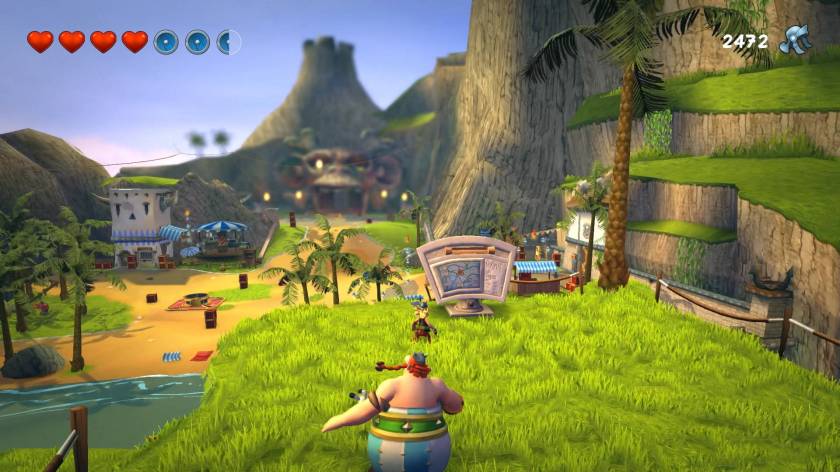 The interactions between the smaller and more athletic Asterix and his large but somewhat clumsy friend lie at the heart of Asterix & Obelix XXL 2, especially when it comes to the game’s puzzle design. Overcoming obstacles often means swapping between the two, and when you’re not trying to solve puzzles you often find yourself slapping legions of Romans around in Las Vegum (named after you know what). The mix between casual puzzles, platforming and combat works well, even though it’s nothing you haven’t seen before.

The fighting’s a bit more elaborate than just button mashing, and the remake features a new upgrade system as well – which helps keeps the experience fresh due to new abilities, but will also appeal to completionists as they allow you to reach new areas (in new ways) as well. I thought this was new, and booting up my decade-old PC port of the original confirmed this to be true – nice to see modern quality of life injections like this pop up in a remake. 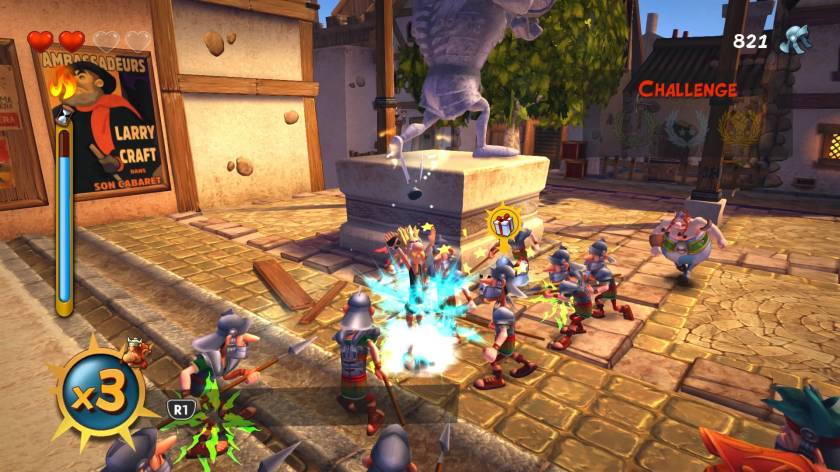 Speaking of which – the game’s visual upgrade looks delightful, with very crisp and colorful high definition graphics during the in-game portions. If you enjoyed what was done to the recent Spyro remakes, then you’ll appreciate this as well. Unfortunately the team at OSome didn’t give the cutscenes the same kind of love though, as they appear to be lifted straight from their (low res) PS2 originals. Also, while the new Spyro trilogy has an amazing new soundtrack, Asterix & Obelix’ audio portion feels a bit uninspired at best – especially when compared to how well the actual gameplay and visuals were handled.

When the original game was released during the heyday of the 3D platformer, it was largely overlooked. As a somewhat generic platformer, I can see why, but if you enjoy the Asterix license then this is a solid and fun platformer that certainly fits in with the 2018 wave of remakes. I certainly hope that they’ll now take the license and produce something entirely new for it – Asterix & Obelix XXL 3 has already been announced, so I’m already looking forward to 2019.