The widely celebrated Red Dead Redemption 2 has launched on PC – how does Rockstar’s modern day classic fare on a new platform?

A PC version of the original Red Dead Redemption was rumored for years, but never materialized. When Rockstar announced that its sequel was going to make the transition they didn’t just shock us by that news alone, they also added that it was going to be out in a matter of weeks. As the proverbial cherry on the cake, the new version was also going to feature enhancements and content we hadn’t seen on consoles yet. And yes, this is – so far – easily the definitive edition of Red Dead Redemption 2.

Of course the new PC version takes advantage of the additional horsepower that comes with reasonably powerful gaming rigs – though it runs beautifully on standard setting as well if you have a mainstream computer for gaming as well. Run the game through a powerful enough PC, however, and you can now enjoy sharper and brighter visuals than ever before (we compared it to PS4 Pro visuals ourselves) thanks to new quality settings, enhanced visual effects and higher quality textures. What helps is that there is also support for HDR, enhanced lighting and reflection techniques, an uncapped framerate, longer viewing distances and support for resolutions up to (and exceeding) 4K displays. 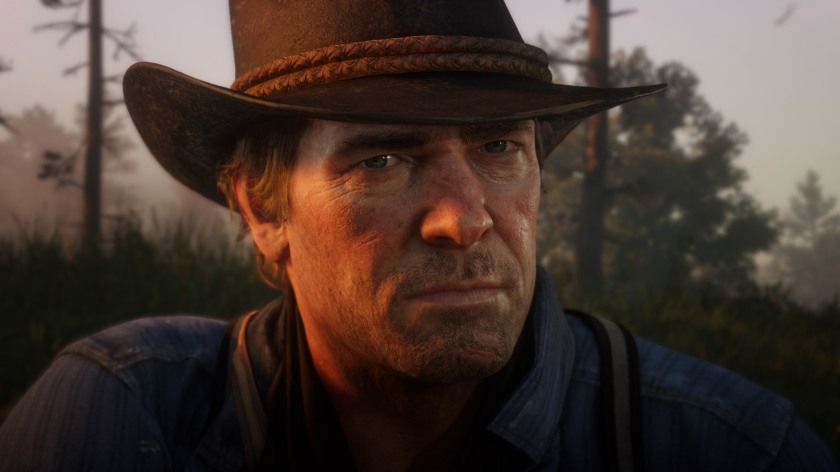 It’s a technical powerhouse of a game indeed, and that’s on top of what was already perhaps one of the crowning achievements of this console generation. To say that the console versions pale in comparison would be overstating things, but you could compare it to an upgrade from a 1080p bluray to a new remastered 4K version. The untrained eye won’t notice too much of a difference, but side by side it definitely shows.

The PC version also has a new feature in an included photo mode, but perhaps the biggest draw to existing fans of the game (or to those who held out) is that it includes brand new content as well. Some of this is mostly superficial in nature, like the ability to ride new horses or collect new items, but there’s also a good amount of new mission-based content available. This includes three more bounty hunter missions that are every bit as thrilling as the ones already in the original game, as well as gang hideouts and treasure maps.

Some players reported some issues when starting the game, but we didn’t experience any and it appears as though a few driver updates solved the majority of the problems for others as well. What that leaves us with is that our highest-ever rated game just got even better. If there’s any negative it’s that this new PC version might leave console gamers with a bit of a sour taste in their mouths because they’re missing out on the new content, but we can’t very well blame the excellent PC version for that. Perhaps Rockstar will patch the content into the console versions next month as a Christmas present, making everybody happy again.