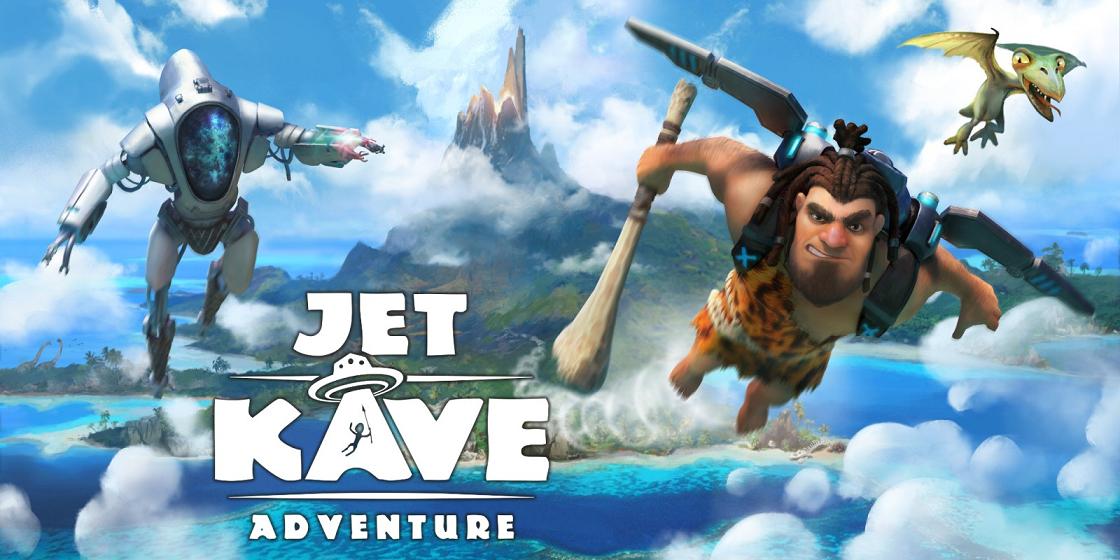 Time for two quick bits of news that relate to Switch games we’ve been playing recently.

Released last year, Jet Kave Adventure is a platformer from developer 7Levels that’s exclusive to the Nintendo Switch. It’s clearly inspired by the likes Donkey Kong Country and uses a cavemen setting for its narrative adventure. In it, you play as a former chief of your tribe, trying to prove your worth to them with a jetpack you just found as you try and defeat the alien invader that has taken over the island. It’s a pretty crazy plot, but the game is a fun homage to some of Nintendo’s own 2.5D platformers. It starts out feeling a lot like Donkey Kong and wannabe-hero Kave even walks in a similar way, but grows into its own thing once you discover the jetpack. The game’s also one of the best looking indie Switch platformers I’ve seen, and wouldn’t look out of place on the PS4 or Xbox One. Perhaps best of all, it only costs a fraction of what Nintendo charges for their own AAA platformers!

Now, with a free update, the game also gives played access to online leaderboards – adding a bit of replay value for the competitive cavemen amongst you. All of the game’s levels also have in-game objectives to complete now, ranging from finishing a level within a given time limit to doing so without hurting any of the enemies inside of it. Last but not least, those looking for an extra bit of challenge can also play the game in its new “arcade mode”, meaning you only get a limited amount of lives and the game is less generous with its health replenishments at checkpoints.

With a temporary discount in the Nintendo eShop, this is a great time to try out one of the better 2D platformers you can get for the Switch.

It wasn’t well-received upon release, but having played a bit of Nippon Marathon on the Switch we can’t deny that its wacky concept of running, stumbling and falling to the finish line makes for a fun time when played in local multiplayer mode. It’s not a party game like Mario Party where you’re going to keep coming back to it, but it’s basic to the point of being intuitive so anyone can jump in and play it.

There’s a pretty decent soundtrack playing underneath the sounds of the game (and the announcer), and now you can pick up the soundtrack by itself as well. You’ll need a Steam account to do so because it’s only available on PC, but you don’t need to buy the game itself if you already own it another platform. The PC version can also be bought as a bundle with the soundtrack, and can now be player together with others using Steam’s relatively new “Remote Play Together” feature.