What Happened, published by Katnappe, is the debut title for developer Genius Slackers. The team, based out of Poland, tackles some serious mental health issues in the game, including depression and anxiety. The game is out now on Steam, and here are our impressions.

Games in which mental health issues play a vital role aren’t new, and we have already seen a very successful example in Hellblade: Senua’s Sacrifice, which is getting a sequel in a few months. That game also set the bar very high for games that take mental health as a gameplay element, so even though it’s paved the way for games like What Happened it also means it has a lot to live up to.

Not set in a fantasy environment like Hellblade, What Happened’s story plays out almost entirely inside the confines of an American high school, where you assume the role of Stiles. He’s a troubled teen who is battling with depression and a series of events that haven’t been helping. Besides being bullied, his father passed away as well. His girlfriend also recently broke up with him, and to add insult to injury she also went on to date his best friend instead. Stiles hasn’t been catching any breaks recently, and that’s an understatement. 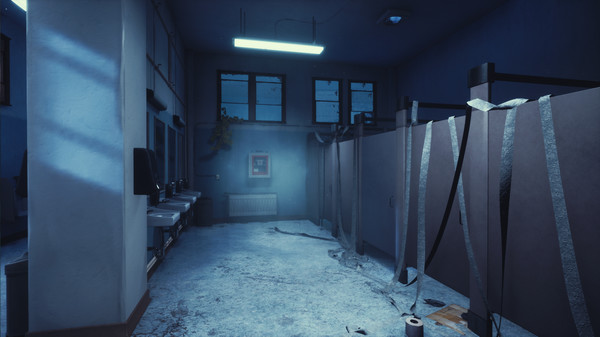 Although What Happened features horror elements, there is very little traditional action gameplay here. You’ll see surreal depictions of what goes on in Stiles’ mind and that includes visual representations of the hell he feels he is in, but combat is not a part of it. Instead, your main antagonist lives inside your own head, and your goal is to escape an ever-looming downward spiral and find a way forward again.

Exploration is a big part of What Happened, and with mouse and keyboard controls this means you’re opening a ton of drawers and cupboards looking for items to help you move forward through the narrative. Much like in VR titles with motion controls, the mouse doesn’t just work with clicks, but lets you manipulate objects while holding down a button. It’s a simple mechanic, but very effective in making exploration tangible outside of a VR environment.

Some of the exploration can drag though, especially when it takes a while to find the next useful object and you’ll be searching through a bunch of possible locations for it. This hurts the pacing of the game, which can suddenly ramp up when you envision horrors that chase you and require you to quickly get out of the way and outrun them. There are also plenty of quieter moments where you’re just engaging with others at the school, but at least there you have that sense of forward momentum that can feel missing when exploring.

Speaking of interactions with others – it’s here where the game doesn’t fare well in the comparison with Hellblade – character models, especially when it comes to facial animations, aren’t terribly detailed, and the voice acting isn’t stellar either. What Happened does feature some impressible visual designs elsewhere in the game though, with some truly impressive surreal depictions of the mental health dilemmas that Stiles faces.

Those dilemmas are at the core of this experience, and your interest level for themes like depression, drug use as a coping mechanism, self-inflicted pain and thoughts of suicide are going to be a large part of how well this game will resonate with you. As a gameplay experience this is no Resident Evil or Hellblade, but it’s certainly a unique and interesting take on how something like mental health issues can be portrayed in a videogame setting.