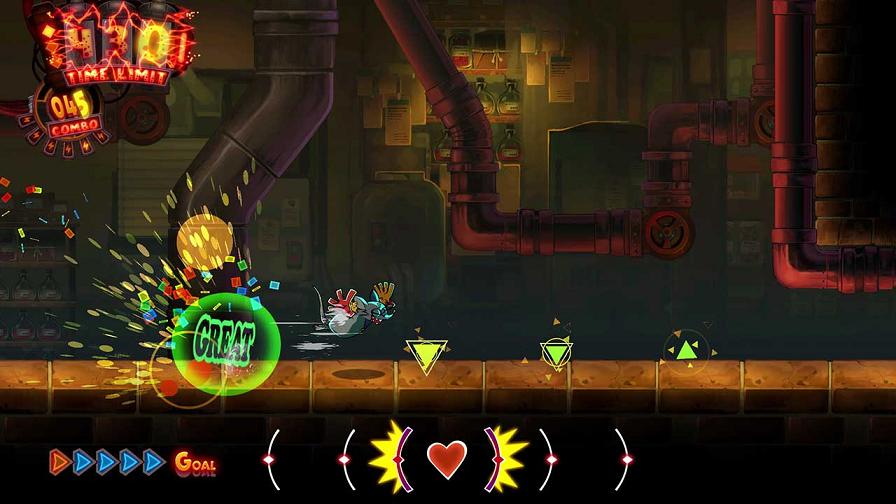 Just before we get access to the new consoles that are coming out, we’re seeing a lot of new releases pour in. Today we’re looking at Mad Rat Dead from NISA, Aerosoft’s TramSim, 10tons’ Dysmantle and the return of Söldner-X 2: Final Prototype on the PS4.

NIS America has certainly been surprising us with some surprising announcements and games lately. Of course there’s still a new Disgaea on the horizon and we just reviewed Trails of Cold Steel IV, but next year we’ll be treated to a new R-Type and just this week we got to play Mad Rat Dead on the PS4 (there’s also a Switch version). The title itself commands curiosity, and the screenshots we saw looked like a quirky cartoon from the 1990s, something akin to Ren & Stimpy.

Mad Rat Dead is actually a blend of platforming with rhythm-based control, so that draws comparisons to games like Beatbuddy and Inside My Radio, as well as a couple of brilliant levels in the most recent Rayman games. Here, you’re a lab rat who passed on to the afterlife, but not before the Rat God visits you and offers you a chance to go back and life through your last day on earth one more time. As a lab rat, you’d be forgiven if you thought “what’s the point of that?”, but your goal is to exact revenge on the scientist that put you in your predicament in the first place.

Although the setup seems fun, the delivery of the story is pretty thin even though you get cutscenes quite frequently. The actual gameplay is where the real heart of the game is, and this is where you’ll be jumping, bouncing and fighting to the beat of the included soundtrack. From that perspective – if you enjoyed any of the games we just mentioned you’re probably going to like this one as well.

The soundtrack is upbeat, with catchy melodies that are a good fit with the art style and gameplay. In some cases, the music can even get frantic – echoing what’s happening in the gameplay. If you mess up during these sections, no problem – you can always ‘rewind’ the music and go back a set number of beats, so you’ve never overwhelmed and frustrated by being thrown back half a level or more in Mad Rat Dead.

That doesn’t mean there’s no frustration – timing all your actions to the beat can be tricky, especially if you’re a little tone deaf and just want to play this for your love of platforming games. Levels are also on a time limit, so that can be a cause of stress as well, but once you finally beat a level you can also go back and enjoy some replay value by trying to beat your best score/time and/or playing through the level again but with a different song (and thus beat pattern). There’s an extra challenging mode as well, where the music is more erratic and thus your platforming becomes harder as well.

The platforming gameplay itself isn’t as innovative or diverse as what games like Rayman Origins and Rayman Legends gave us, but the boss fights in the game are always a nice change of pace. They’re diverse in terms of the gameplay they offer, and offer up some great cartoony visuals in terms of how they’re designed as well – something that carries throughout the entire game but shows especially well during boss fights.

If you enjoyed previous takes on the rhythm-infused platformer genre, then you’ll have a good time with Mad Rat Dead as well, even though its gameplay isn’t as unique, diverse of quirky as the screenshots would perhaps suggest. It’s solid fun though, and hopefully we’ll see NISA expand on this gameplay style a bit more in the future.

We all know Aerosoft as a publisher that’s very much specialized in simulation experiences – acting as a distributor for Microsoft’s Flight Simulator but also putting out plenty of their own simulations. The latest one if TramSim, which was developed by ViewApp, and it’s out now on Steam. 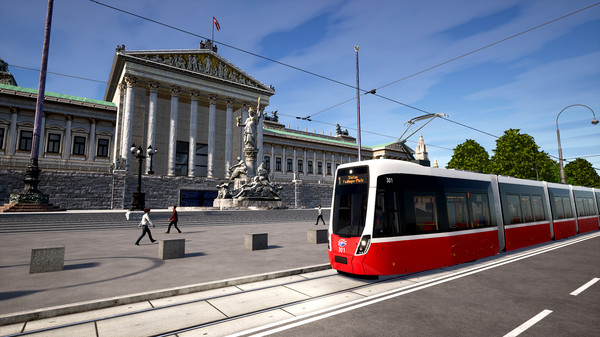 We recently got a look at the game through a streaming session with the developer, in which we got to see TramSim as an accurate simulation of the city of Vienna, through which you’ll operate a modern tram as you travel past countless familiar landmarks. The particular tram you’re operating is a reproduction of the city’s most modern tram – the Flexity, which you can even control while in virtual reality. We didn’t get to try that mode just yet, but it certainly feels like it would be an immersive way to whisk yourself away to Vienna. 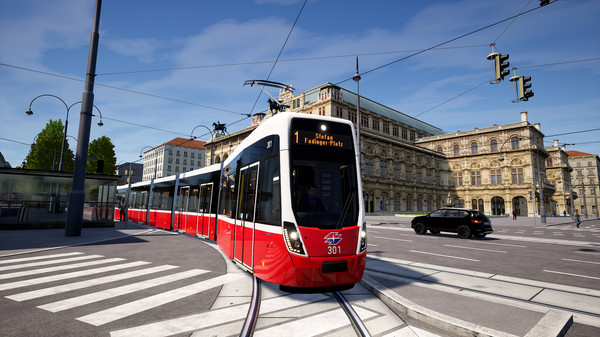 Gameplay is mostly relaxing, as you follow a set route. Conditions may change though, and you’ll have to react accordingly – dealing with things like traffic or people who are stopped on the track. Another takeaway we got is that TramSim might expand further down the road, as a platform for which we’ll see different cities to play in – and you can definitely let the developers know through the Steam discussion boards if you have a preference there!

Dysmantle (or DYSMANTLE) is the latest project from 10tons, a developer/publisher we first got to know through their casual and arcade-like game on the PlayStation Vita. It heads into Early Access later this week, and will head to consoles further down the road as well. 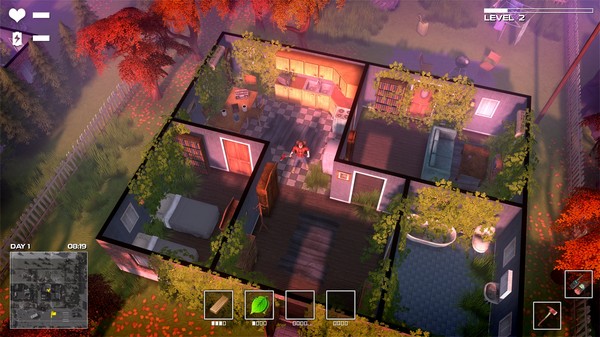 This one’s an ambitious project from the small studio, as their own take on the post-apocalyptic genre. Although survival is an obvious element, their focus isn’t on farming and harvesting, but rather on exploration, resource gathering and crafting – as well as combat. 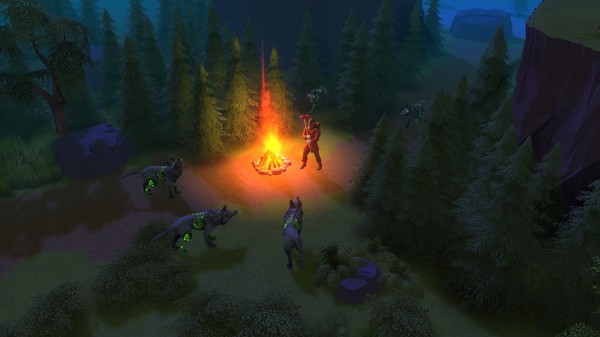 10tons is also building on their expertise in creating 3D game engines after 2019’s Undead Horde, so it’ll be interesting to see how far they can push things. You can check out DYSMANTLE already through its store page, which is here.

Published by Eastasiasoft, Söldner-X 2: Final Prototype gets a re-release on the PS4 in the shape of a definitive edition. If you didn’t catch it earlier and enjoy classic arcade shooters, this is one to look out for.

We actually covered Söldner-X 2: Final Prototype about five and a half years ago, when it launched for the PlayStation Vita and gave it a favorable review. With decent side-scrolling shooters now being pretty rare (it’s been ages since we got a new Gradius, but at least there’s a new R-Type on the horizon), we were excited to play it on the Vita. Next to games like Sine Mora and Dariusburst, it’s still one of the best in the genre for Sony’s handheld, and now it can be played on the big screen(without a PlayStation TV unit) again as well. The original PS3 release from 2010 also did that, but the odds are that with the PS4 version you can keep playing even on the PS5 thanks to backward compatibility.

Content-wise, this definitive edition includes the post-release DLC content that came out for the original game as well, in addition to a new gallery mode. There are also a few technical improvements in place for the PS4 release, with 60 frames per second gameplay and a boost in resolution. For a title that’s being released at a budget price point, this is a solid re-release that fans of classic arcade shooters, or those hoping to re-discover Söldner, should definitely pick up. 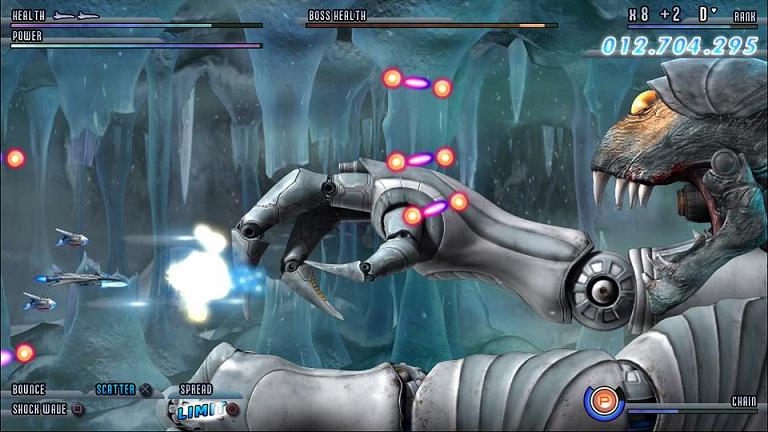