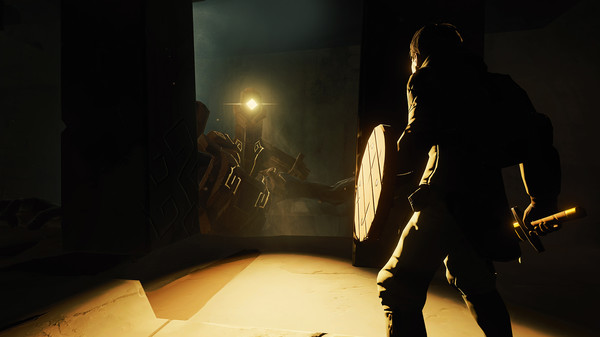 Chronos: Before the Ashes had been on our radar even before it was announced, and now it’s out for Xbox One, PC, Nintendo Switch and PlayStation 4. Developer by Gunfire Games and published by THQ Nordic, here are our thoughts.

The reason why we’d been keeping an eye on Chronos: Before the Ashes is that, originally, it was a VR exclusive game for the Oculus Rift headset simply called “Chronos”. On the now-discontinued headset, it was one of the more impressive first party games ever released, and for the past few years we had heard rumblings about a port that was supposedly in the works for the PlayStation VR headset. It turns out the rumors were false, but this non-VR reimagining tells us there was at least a hint of truth in there somewhere.

What the announcement for Chronos: Before the Ashes also taught us is that the game ties into Gunfire’s Remnant: From the Ashes, one of last year’s surprise hits on the PC. While both games share a universe, they take a different approach to the gameplay, because while Remnant was a more PC-centric approach to role playing games Chronos is much more reminiscent of games like Dark Souls.

As you’d perhaps expect from the title, Chronos: Before the Ashes features a mechanic that relates to time. While your ultimate quest is to free the land from evil by jumping through a dimensional gateway and defeat a dragon, bosses and lesser evils that lurk there, you’ll quickly meet your doom. While death isn’t permanent, it does make you return to your home world and it does make one year of life pass by in an instant.

This way, your character quickly ages, and with aging comes a different approach to combat. You might rely on your agility while you’re young, but you’ll need to work with ranged (magic) attacks more when you’re older and not as strong up close. As time passes, you’ll also unlock more and more of the other-dimensional labyrinth, constantly giving you a sense of progression despite the fact that death is lurking around every corner.

The time loop that you go through hides the fact that the game itself is relatively linear and short in nature – perhaps betraying its VR roots as VR games typically have a shorter running length. The controls for Chronos are quite similar to those in Dark Souls, with the usual triggers for attacking and blocking as well as the ability to dodge and use items. The combat is generally slower paced though, even when you’re still young and agile – perhaps another remnant of the VR days of Chronos.

Bigger boosts come to your character every ten years, but although you can use these to strengthen yourself in certain areas you can also use them to completely or partly negate the effects of aging, diminishing the core dynamic of the game somewhat. When I was granted immortality at the ripe age of 80, it felt like a double-edged sword. I could at least still pursue my grand goal, but the idea that the clock was ticking was suddenly far less powerful. There’s also the fact that Chronos never turns into a frustrating and seemingly endless grind (things get a lot easier near the end), but at the same time I didn’t get the sense I had reached an epic climax at the end of my narrative run either.

Visually, Chronos: Before the Ashes is less impressive than it was in its VR incarnation. What was a stunning action RPG on headsets now has a lot of competition on the flat screen, and Gunfire’s own Darksiders III comes to mind as a more visually appealing title. What it lacks in detail it makes up for in style though, with some impressive lighting effects that work well considering the dungeon/labyrinth theme that features prominently in much of Chronos.

As Dark Souls-like experiences go, Chronos: Before the Ashes is ‘Souls-light’ in many ways. The combat isn’t as thrilling or punishing, especially over time, and the visuals aren’t up to what we saw in Demon’s Souls just a few weeks ago. It is, however, fun to play, and the time mechanic is a novel element even though it’s not explored as much as it could have been. It may lack the wow-factor that the VR game had, but it holds up on the flat screen.