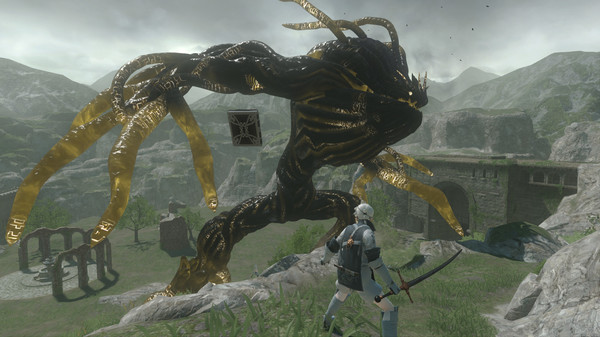 Square Enix has released the next game in the acclaimed NieR franchise with NieR Replicant v.1.22474487139, which is right up there with “htoL NiQ: Firefly Diary” as a videogame title I’ll probably never fully memorize. The game itself, however, is hard to forget.

Strictly speaking, this new NieR is actually a remake of the original NieR game on the PlayStation 3, which was released as NieR Replicant in Japan. As such, it’s a prequel to NieR Automata, which came out roughly when I jumped onto the PS4 bandwagon and thus was one of my first experiences on the console. Not having played NieR on the PS3 it was also my starting point for the franchise, so I was doubly curious about its origins, even though there’s additional content and a few changes this time around on top of the expected technical and visual overhaul.

The narrative starts with some epic action sequences before slowing down to a crawl to introduce us to a young boy and his terminally ill sister, set against a post apocalyptic backdrop that is far removed from the scenes you just played through. You’re hoping to find a cure, but the world is inhabited by monsters called Shades as well as NPC that offer various degrees of help to you. These sequences are lengthy and represent a pacing issue with NieR Replicant, where the early scenes pale in comparison to the exciting battles you’ll face later. Had I not played that little prologue sequence (and of course Automata), I would have probably felt disappointed early on.

As you start exploring more of the game world, you’ll also be joined by other characters who’ll help you in combat and also tie Replicant to Automata in narrative ways. And as the characters and story beats become more familiar, so too does the gameplay. Magical abilities can be triggered, and as your roster of weapons gets bigger you can also alternate between things like the quick blade of a short knife and the larger range but limited agility of a spear. You can quickly change your loadout as well, so it’s worth figuring out what works best again which enemy or boss type. 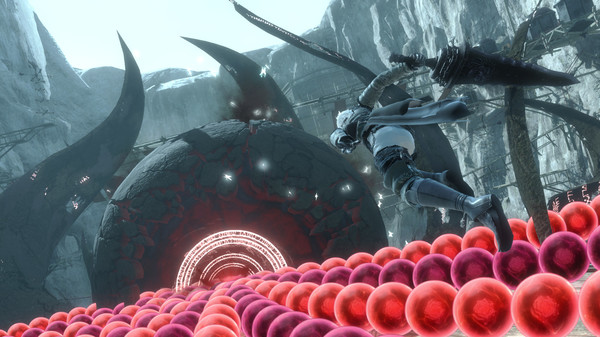 Of course this wouldn’t be a NieR game without plenty of nods to other videogame genres that find their way into the game as short homages that have been thoughtfully and respectfully realized. As with the combat it takes a while for them to show up, but for anyone with a broad interest in gaming they’re delightful additions. They’re little breaks in the action when the pace ramps up as well, and the fact that it doesn’t feel like a bother to be taken away from the excellent combat is a testament to how well they’re done.

And although Replicant doesn’t propel the NieR series to the “next gen” of videogame consoles (it’s a PS4 title), it’s a gorgeous game to look at. It lacks the richness in the game world that more recent PS4 games like Red Dead Redemption 2 and The Last of Us Part II – something that really set those games apart from previous generations – but action is fluid, fun and gorgeous. Hopefully we’ll hear news about a next gen entry in the series in the nearby future, because Nier Replicant shows us that even the first game in the series holds up well.