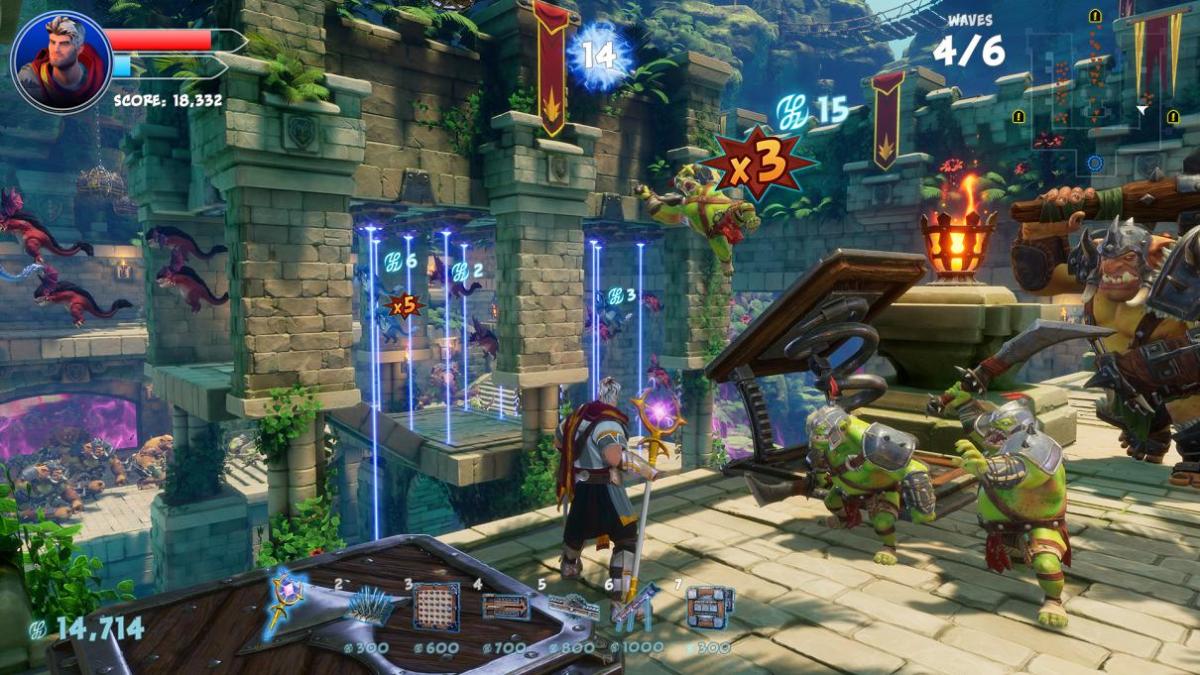 Robot Entertainment’s Orcs Must Die! series is already at its third iteration with Orcs Must Die! 3, out now for PC, Xbox and PlayStation, with next gen versions included after a Stadia exclusive launch a year ago. We tried it out on a PlayStation 5.

Aside from the obvious financial incentives for the developer, we still think it’s a shame that Orcs Must Die! 3 released on Stadia last year. We have nothing against Google’s streaming service, but a relatively small installed base meant that the game didn’t get the attention that it deserved, based on the popularity of the first two games. Hopefully that happens now that the exclusivity period has lifted, but delayed releases generally lack a little bit of the shine that new games have.

If you’re familiar with the Orcs Must Die! series then you’re familiar with the core gameplay mechanics. With action RPG and tower defense elements, it’s a mix of Warcraft (visually), Dungeon Keeper and classic tower defense, and the formula hasn’t been radically changed for the third game. With a campaign that’s features 18 levels to beat with initial protagonists Kelsey and Egan and others that you unlock over the course of the campaign.

The tower defense aspect is immediately clear from the fact that you have to protect the center of your fortress from the invading forces, but while the genre seems to have moved into the mobile domain Orcs Must Die 3! has a whole world of content and mechanics surrounding it. Attacking you are orcs, ogres, elementals and sorts of other creatures, and there’s a hilarious narrative that runs throughout the campaign as well.

As you use all sorts of weapons to hold back the enemy, from close range or from distance and using traditional weapons or a bit of magic, you’ll quickly gravitate towards the game’s traps. A bit of Dungeon Keeper, and used to hilarious effect here again. What’s also fun is the ability to play the campaign with a friend using the included (online) co-op mode, though we only dipped into that for a few minutes during our playtime.

The general loop in any Orcs Must Die! game is that you set up your defenses prior to the level starting, which also includes the loadout for your protagonist – something that helps you define your own personal playstyle. After a set time to prepare, during which predicted paths for the incoming horde are shown to help you plan. Seeing it all come together when things kick off is very satisfying though, partly thanks to the fun animation style that’s been used to depict their violent deaths by saw blades or whatever other death trap you’ve set up for them. If you’re successful, you’ll also be rewarded with the means to unlock even more items to help you defend yourself and deal damage. It’s an addictive loop which, thanks to the game’s sense of humor, doesn’t grow tired despite a lack of variety in gameplay and objectives.

Orcs Must Die! 3 is a solid sequel in a fun franchise, but if you were expecting something radically different after nine years of waiting you might be disappointed. If you’re looking to reignite that spark you felt when playing the previous game, this one has you covered.