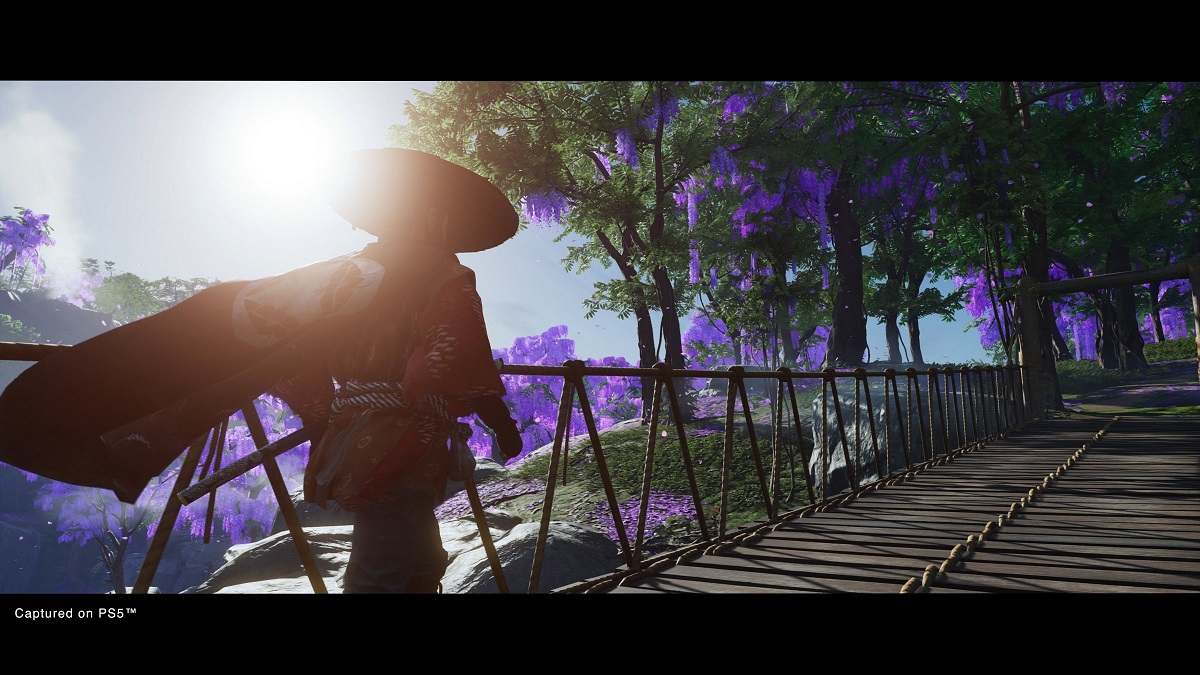 To start things off after the weekend, we’re looking at three brand new/upcoming releases, diving into the next gen version of Ghost of Tsushima, the upcoming 1.0 release of the classic horror survival game Them and Us and Japanese horror title Yuoni.

When we reviewed Sucker Punch’s Ghost of Tsushima last year, it (along with games like The Last of Us Part II and Red Dead Redemption 2) set a very high bar for all the next gen games that were in production or being planned. With its narrative, combat and gorgeous audiovisual presentation, it was such a high quality release that it made sense for a PS5 version to be released. After all, what better way to compare generations than to use such a benchmark title?

The Director’s Cut of Ghost of Tsushima isn’t just a next gen polish of the existing game, it also comes with a brand new story chapter in the shape of DLC that’s also available for the existing version of the game. This new story, which takes place on Iki island, is integrated within the main game, and unlocks after completing the first act of the game. It dives into the death of Jin’s father and their relationship while also focusing on an antagonist called The Eagle who already rules Iki and is looking towards Tsushima now.

Mythic tales are back, and Iki island doesn’t radically change the gameplay in Ghost of Tsushima, though the enemies are different in how they adapt their fighting style mid-fight. This is great for the flow of battle, which now feels more dynamic than before and fits a game that was never a straight up hack and slash fest anyway. 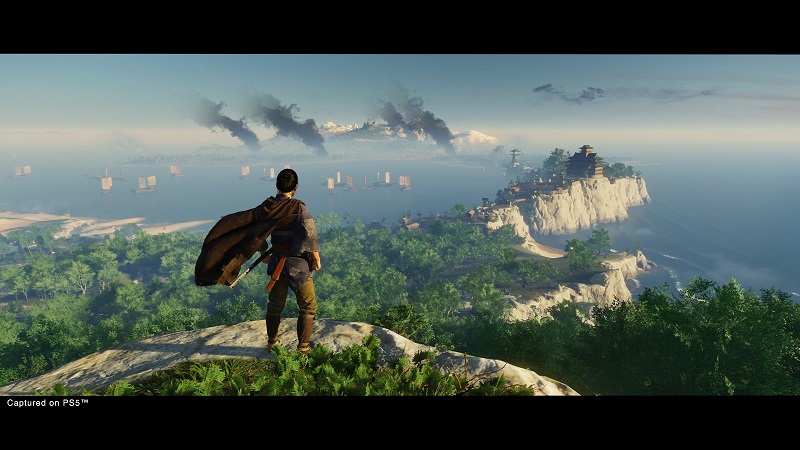 Other improvements include improved facial animations and control options that include a target lock-on – though we believe these aren’t exclusive to the director’s cut. The PS5 version of the game now includes DualSense support and it goes beyond the standard vibration features with good use of haptics and subtle touches immersion like the ability to “feel” Jin’s heartbeat in tense situations.

Then there are the technical improvements on next gen. Load times have of course been reduced immensely, but seeing the game unfold at 60 frames per second at a 4K resolution is truly a sight to behold. There’s a boost to how Tsushima looks, but Iki and its beautiful and diverse locations make this one truly a showcase game for next gen. The associated campaign is about 6 to 7 hours long if you also take in some of the side content, so well worth the upgrade for that reason as well.

Them and Us heads towards its 1.0 release

Them and Us, from developer TendoGames, has been in Steam’s early access program for almost three years but is heading towards a 1.0 release in the next few weeks. It’s already feature/content complete, and we’ve been having a good time with it – a great throwback to the era of the early Resident Evil games. 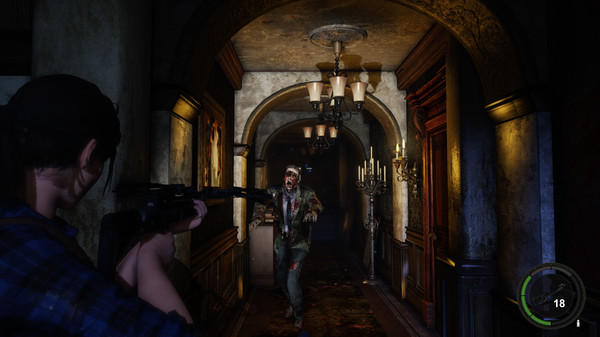 A classic survival horror adventure, Them and Us focuses on protagonist Alicia, who in 1978 finds herself lost as a lone survivor after a terrible crash – which is only the start of an adventure that descends into a horrific madness. The story isn’t as polished as the ones in Capcom’s recent remakes, but TendoGames is a much smaller team so it’s understandable that Them and Us doesn’t feature cinematic cutscenes to tell its story, but you’ll also notice the story isn’t as engaging – though this may partly be a translation/localization issue (something the team is still working on).

Where the game does shine, however, is in the audiovisual department. With a mix of fixed camera angles and third person gameplay, this is the closest we’ve seen an indie team come to Capcom’s own work since Daymare: 1998 a few years ago. With detailed graphics, atmospheric lighting effects and a moody soundtrack, this may be inspired by the first Resident Evil games but it looks lightyears ahead of them visually. If you’re feeling especially nostalgic, however, then you can always enable the game’s retro filter, which makes everything look very grainy in a PS1 kind of way. 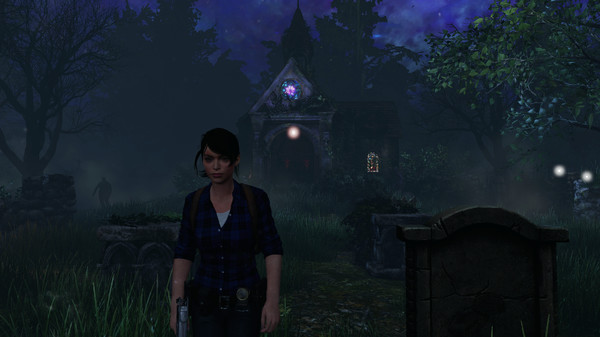 One thing that’s a bit divisive in games like this is that the PS1-era combat feels a tad clunky these days, and Them and Us is no exception. Fans of the classic won’t mind though, and they should keep an eye out for the game’s final release. There’s a demo if you want to go hands on already, so be sure to check that out: https://store.steampowered.com/app/915600/Them_and_Us/

Yuoni is another horror title we’re looking at today, so it’s a good week for horror fans. Developed by Tricore Inc and published by Chorus Worldwide, it’s a narrative-driven first person that taps heavily into Japanese horror traditions and emphasizes scares and atmosphere over everything else.

Essentially a game of hide and seek where you also have to sneak about to find things, Yuoni casts you as a school-going youngster caught in a deadly game where you’ve summoned a demon-like presence that wants to play a game with you. The rules are quite simple, as you typically have to retrieve a doll while avoiding the horrific enemies that lurk in the level, and then you have to hightail it back to the starting point while being chased by a supernatural danger.

The game’s narrative doesn’t really factor into the gameplay and is mainly presented in between levels, which keeps the gameplay firmly focused on its hide and seek mechanics. This has its pros and cons as it makes for a tense experience where you’re constantly “in the moment” as you sneak and hide, but it does make levels blend together and repetition can begin to set in near the end of the story campaign (which isn’t overly long).

Zooming in on the mechanics, you’ll find that although levels all look similar, their layouts differ and you’ll need to find keys for locked doors in order to move around effectively. That sounds awfully generic, but interesting (super creepy) enemy designs and nail biter mechanics for hiding make this a horror game that’s more than worth a look. There are quite a few places where you can hide, and to evade enemies who get too close you can also hold your breath – something you can even stretch out to last longer if you strain yourself with well-timed button presses. With its first person perspective this is a game that would work great in VR, but is quite effective delivering its scares on the flat screen as well. It’s a shame the story delivery isn’t more refined (prepare to read a lot of text), but if you like horror for the scares then Yuoni has you covered. 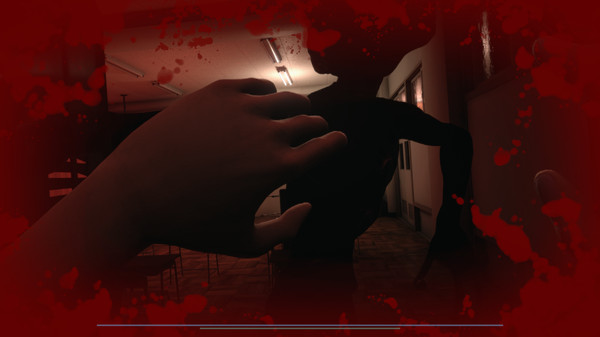