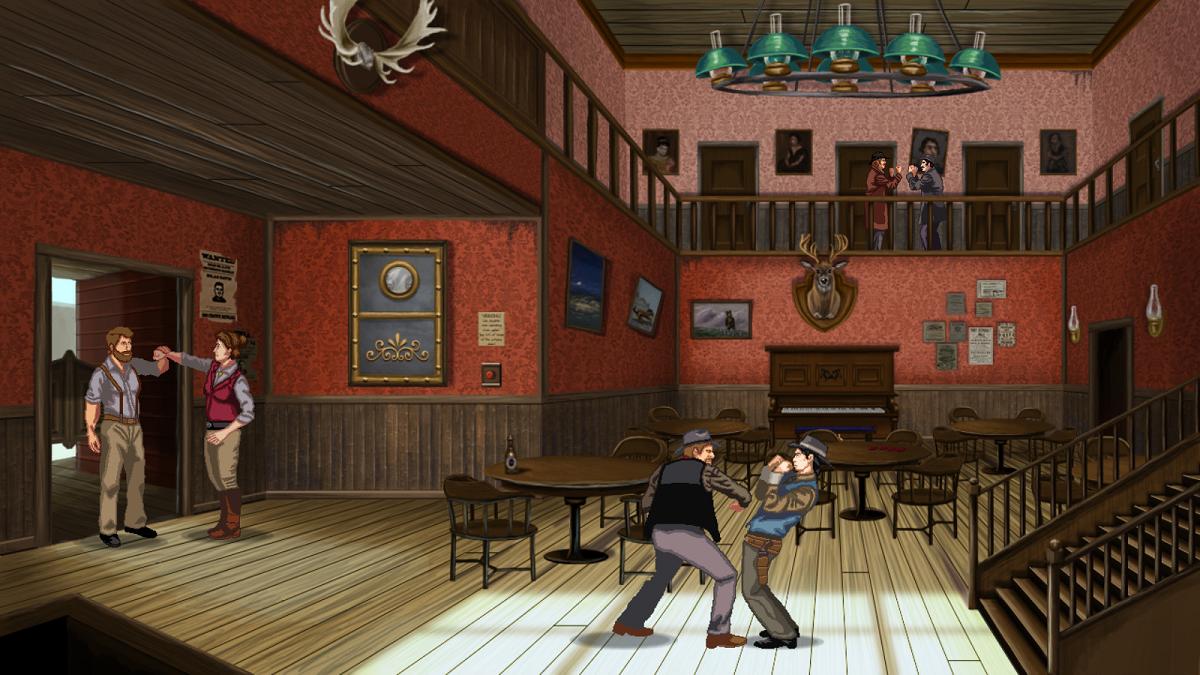 Gamescom is always full of new game announcements and updates on eagerly anticipated titles, both big and small. It’s also especially interesting if you enjoy niche genres like classic adventure gaming, which is always well represented in Germany. This year’s all-digital edition was no different, and one game that we’re looking forward to is Rosewater, a spin-off of the successful adventure game Lamplight City that was released on Steam back in 2018. We got in touch with developer Francisco González, the man behind Grundislav Games – here’s our interview with him about his work and what to expect from Rosewater.

So where did the name Grundislav Games come from?

My 11th grade history teacher told me that “Grundislav” was the ancient Germanic form of Gonzalez, and everyone started calling me Grundislav, so I adopted it as an online handle later on, but apparently it’s actually “Gundisalv”

Your work is firmly rooted in the traditions of classic PC adventure games – what drew you to the work of Sierra and LucasArts and was the PC your platform of choice?

Both Sierra and LucasArts games had their own unique aspects that drew me to them. In general, Sierra adventures were a bit more “realistic” with their graphics and tone, whereas LucasArts were a bit more cartoony and zany. Of course there were exceptions in each case, but I really enjoyed exploring their worlds. I ventured outside those two companies’ games as well, but the Lucas/Sierra catalog make up most of my games library just because they were the ones with the most output back in the day. 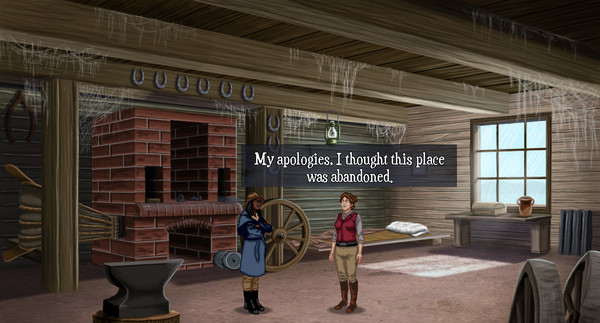 I actually played King’s Quest V on the NES! From then on I played everything on a PC. I remember when we upgraded from a 286 to a 486 with a sound card, hearing King’s Quest IV’s music and being blown away. Same when I got a single speed external CD-ROM drive and heard the Monkey Island theme in CD audio for the first time.

How do you feel about later takes on the genre, like Syberia, Life is Strange or the adventure games published by Telltale and Daedalic?

I never played Syberia, and only played Life is Strange for the first time a few months ago, but I enjoyed it! As for Telltale, I played all of their early games (with the exception of Jurassic Park, Wallace and Grommit, and Strong Bad) up until Season 2 of The Walking Dead. After that, I sort of lost interest in both the IPs they were licensing and the fact that the Walking Dead formula was being applied to everything. I’ve only played Anna’s Quest and Night of the Rabbit from Daedalic, but I liked them both. Overall, I’ve enjoyed the modernization of the genre, and things they’ve done to do away with all the annoyances of “classic” adventure games.

With Rosewater, you’re returning to the universe of Lamplight City – what made you want to go back there?

I spent so much time creating the world of Lamplight City, I wanted to explore more of it beyond the one location of New Bretagne. Since Lamplight City was a closed-in urban setting, it made sense (and was appropriate to the time period) to explore an open rural setting….specifically the old west. 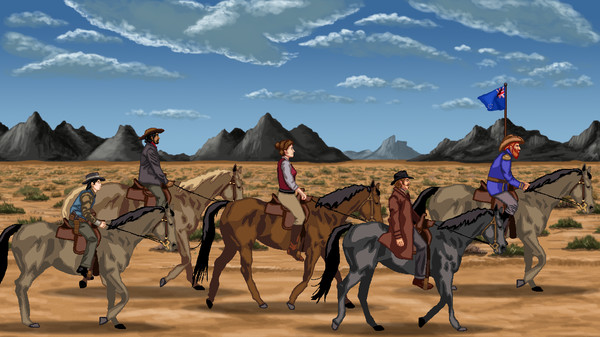 In terms of tone and style, what are the differences and similarities between the two games?

Lamplight City was more of a serious, dark detective game, dealing with a lot of unpleasant issues like racism, class divides, murder, domestic abuse, etc. Rosewater is a lot more bright and upbeat – it’s an “adventure” game in the sense that the story takes you on an adventure, hunting for a missing fortune. Neither game is comedic, but there are touches of humor, mainly provided by the voice of Bill in Lamplight City. Since Rosewater stars his sister Harley, it’s safe to assume that her outlook on life is somewhat similar.

Are you looking for a similar kind of “voice” for the dubbing for that reason?

Not 100%, I want Harley to feel like her own character, and not just a female Bill. She’s not as sarcastic as her brother (or at least, Miles’s idea of him) but she does come from the same rough background, so she has a more street-savvy attitude. There are a lot of people looking to take advantage of others in the old west, so she’s not one of those naive adventure game protagonists.

How long has Rosewater been in development now? What are the phases you go through when developing a game like this?

In the months after Lamplight City’s release, I did a few background and character tests in higher resolution to see if I could have a good workflow. Once I felt I could do the game at 720p, I started designing the main characters. In January of 2019, I started actually designing the game, meaning writing down the basic plot, story beats, characters, etc. After that, I started fleshing out the areas and puzzles, and then building the game in Adventure Game Studio. Since then it’s been a steady process of drawing backgrounds and building the game so it’s fully playable from start to finish (as it exists currently) This time, I decided to wait until after I finished designing the game to write the dialogue in an external script. I’m still in the process of doing that, which also requires me to have the backgrounds finished, so I know exactly what sort of things are in them for ‘look descriptions’ and interactions. 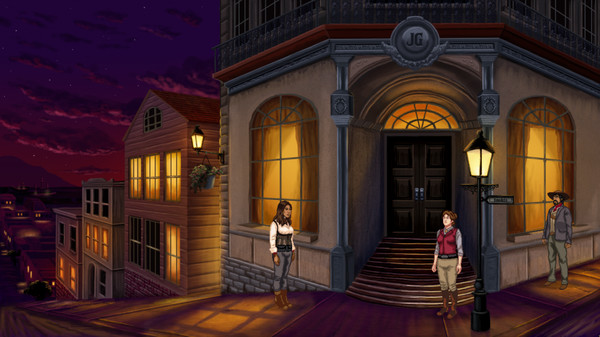 Also, I realized only a few months ago that it was incredibly naive of me to assume I could make a game the size of Lamplight City at double the resolution in the same amount of time, or less. I was a bit optimistic to say it would be a 2021 release.

Grundislav Games is essentially a one-man indie development studio – are you using any outside help for Rosewater and was your work affected by the pandemic?

I’m working with Mark Benis again, who was the composer on Lamplight City. Jess Haskins, who was my script editor on Lamplight City, is also working with me again, this time in a larger capacity, doing some additional writing. Beyond that, it’s just me. And no, I wasn’t affected – I’ve always worked from home, so nothing changed in that regard. I also thankfully didn’t lose any motivation, so I kept the same work pace throughout the pandemic.

Unlike other indie developers, you’re not self-publishing but working with Application Systems Heidelberg. From a developer’s perspective, what does a cooperation like that look like?

That’s a hard question to answer because it really depends on a case-by-case basis. For me, personally, the advantage of working with a publisher is not having to focus on the business side of game development – they handle all the marketing and promotion, as well as cover the costs of certain things like music, voice acting, and ports. Without getting into specifics, our deal is an agreed-upon split of revenue once the game is released. Of course, every publisher is different, so this isn’t the golden rule, but it’s an agreement that works for me and I’m happy with! 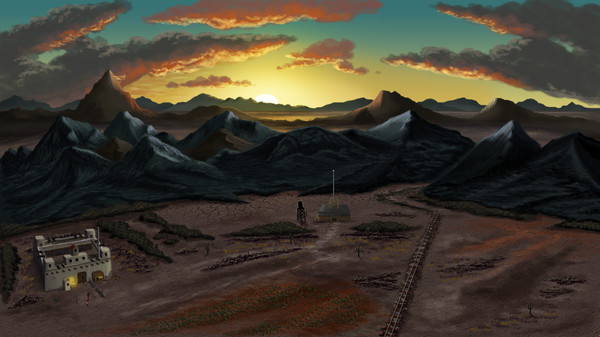 For others without much/any programming experience, how realistic is it to get started with Adventure Game Studio and create something?

I had absolutely zero programming experience when I first started using AGS, and I’ve never taken any sort of programming course. So I would say it’s pretty easy to pick up and learn fairly quickly. I made my first game within a few weeks of first playing around with the engine. The advantage of AGS is that it has a very thorough manual, so if you run into any problems, it’s easy to look things up. Also, the Discord server is active and has a tech support channel, so help is always there if you need it.

You’ve gotten more experience over the year though…. What are areas where you feel you’ve gotten better over time?

All of them! I definitely think my art has gotten better, as well as my writing and approach to puzzle design. I take each game as a learning experience and an opportunity to get better. Hopefully it shows in the work! For Rosewater, I’m hoping people will see a big improvement in the quality of the art, as well as in other areas of the game.

We’ve played the demo for Rosewater and are eagerly anticipating its full release. You’ve already hinted at this, but what’s left for you to do and when might we expect a release?

I’m happy to say that I’ve drawn more backgrounds than are still left to draw, so I should hopefully have all of that before the end of this year. I still need to write the 2nd and 3rd acts of the game, as well as do the casting and voice recording, along with NPC animations. So I’m going to say some time next year, but not commit to any specific part of it 😉