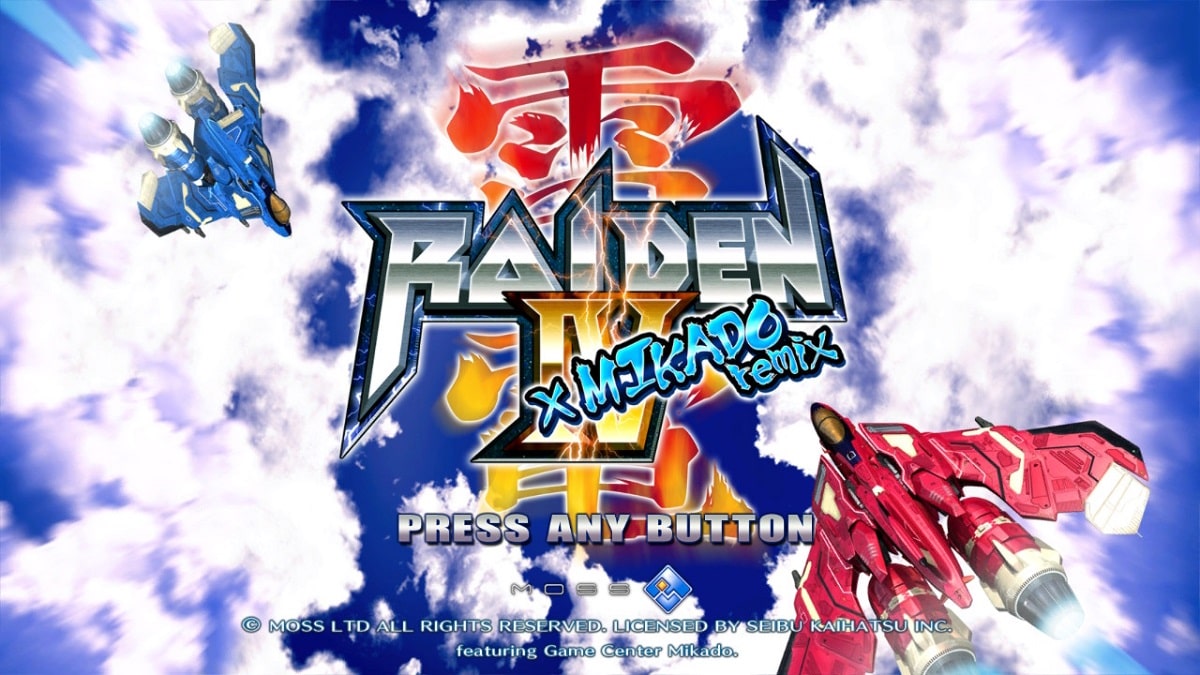 It’s a testament to the quality of a game when re-releases and new versions keep coming out years or even decades later. Raiden IV is a good example of this, and Raiden IV x MIKADO Remix was just released for Switch owners in Europe by PQube.

The original version of the game launched in arcades, but became more widely known when it was ported to consoles as Raiden IV: Overkill. That was still in the PS3 era though, and we’ve since seen Raiden V as well. Raiden IV x MIKADO Remix goes back to the previous game in the series, but adds a brand new soundtrack to the package – which otherwise remains largely the same, though it’s been adapted well to the Switch. It’s bright and colorful, and in handheld mode it’s one of the best looking shooters I’ve ever played.

Raiden is one of the premier vertical scrolling arcade shooters out there, and it does that not by radically reinventing the formula but by polishing it to near perfection while also adding all the content and game modes you can hope for. You’ve got all your usual primary and secondary weapons, your power-ups and bosses, but it’s the delivery that makes Raiden IV a great and enduring game. It’s also more accessible than a lot of arcade shooters because it’s been adapted well for home use, with a wide array of difficulty settings available to you.

You can still play the game as it was originally designed for arcades, but the home version (Overkill) was expanded to include new stages – offering a meatier challenge but also more nuance in how your performance is graded. Precision is factored in, which in turn makes the online leaderboards interesting and adds replay value to the experience.

What’s nice and rather specific to the Switch version is that you can play Raiden IV x MIKADO with the screen held vertically as well – a feature also known at TATE mode. Few will have a TV that supports this, but if you enjoy tabletop gaming with the Switch then it’s a great feature – one that also supports cooperative play for two. Text can be a bit tough to read in this mode, but the in-game action is excellent.

The versatility of this port, with the option to play it in handheld or on TV, is one of its biggest assets. If you’re only planning on playing it on TV, however, then the differences with the earlier versions are marginal – so if you have access to an older console or a service like PlayStation Now then you might find the new soundtrack a bit of a steep upgrade, no matter how good it sounds. Switch players who enjoy arcade shooters will want this in their collection though – it’s a great port of a modern arcade classic.