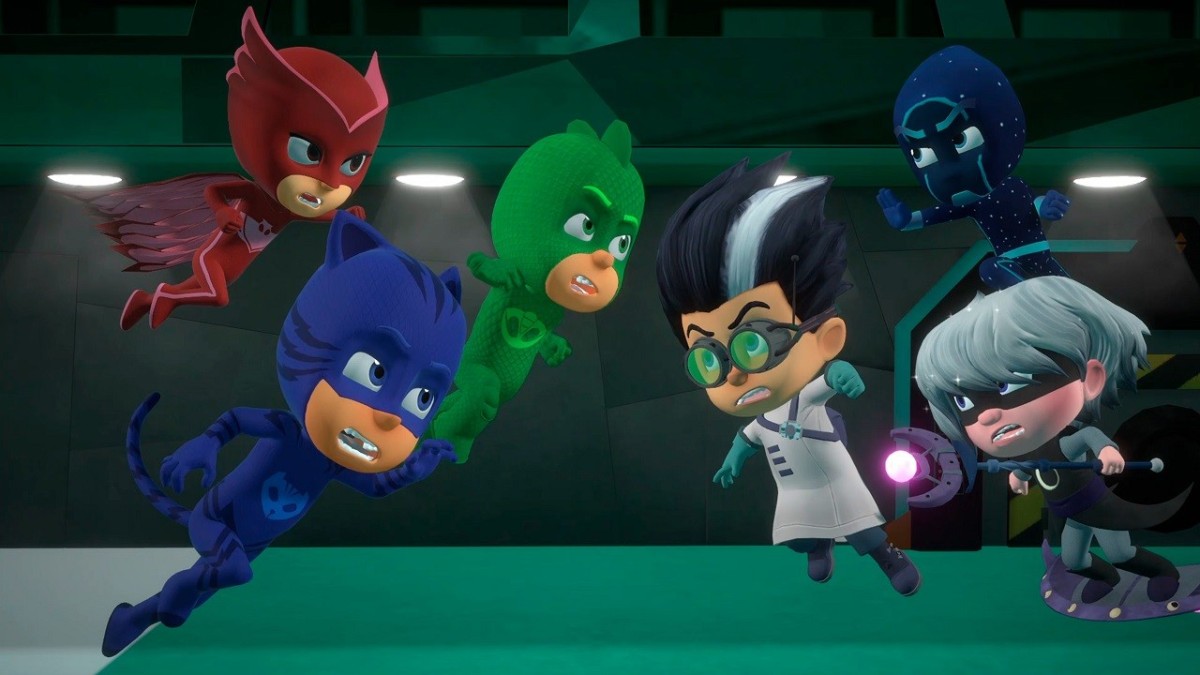 The pre-holiday season is the period of the year where we see a lot of kid-friendly titles comes out, and 2021 is a great year for the sub-genre. Today we’re checking out three of them, with PJ Masks: Heroes of the Night, Fast & Furious: Spy Racers Rise of SH1FT3R and The Smurfs: Mission Vileaf.

PJ Masks: Heroes of the Night

You can’t very well do a lineup of kid-friendly titles and not include Outright Games. They’ve been very prolific with licensed kid’s games in recent years and are having a stellar holiday season in 2021 with games based on Peppa Pig, Paw Patrol and now PJ Masks. PJ Masks: Heroes of the Night is available for all major consoles as well as PC, and was developed by Petoons Studio.

The latter was a bit of a surprise to us, and Petoons was the studio behind the recent Peppa Pig game while PJ Masks: Heroes of the Night is much more similar to the Paw Patrol games developed by Drakhar Studio and Torus Games – especially the first game in the series. Only here, the stars aren’t pups, but you get to play as Amaya, Greg and Connor – or their superhero alter egos Owlette, Gekko and Catboy. 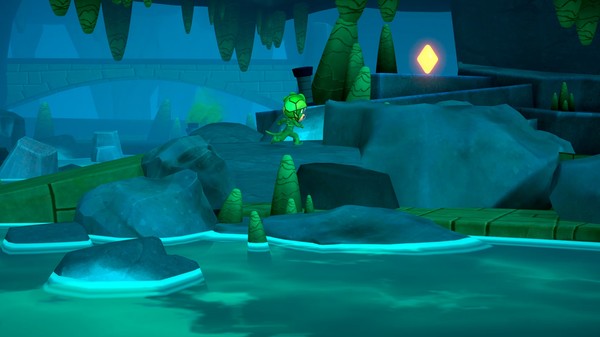 As with Paw Patrol, gameplay in PJ Masks: Heroes of the Night is mostly of the 2D side scrolling platformer variety, although there are temporary perspective changes when it’s time to fly, climb or drive. Owlette, Gekko and Catboy all have superpowers that are unique to their character, and you’ll alternate between them during levels as well. This means you’ll be running and jumping with Amaya one moment, then climbing a wall with Gekko only to find yourself racing around in Catboy’s cat-car later.

Both the characters and their abilities are very recognizably to young fans of the show, who will certainly immediately connect with them as they fight familiar nemeses like Romeo and Luna Girl. There’s very little in terms of in-gameplay story development, but levels do have introductions and take you across a variety of familiar locations from the TV show, including mission control. 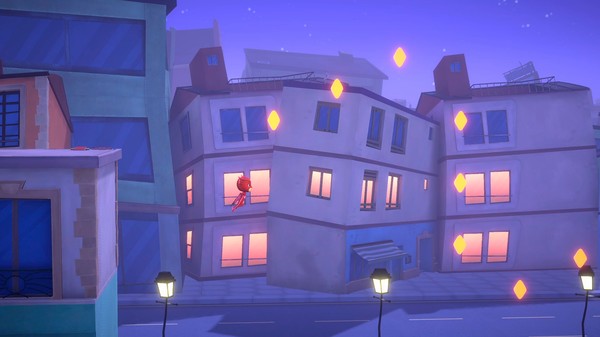 As you’d expect from a game developed for kids, gameplay is non-violent – confrontations with bad guys are handled through quick time events rather than mashing an attack button, which you also don’t have outside of these moments. Once you complete the game, replay value is limited unless you missed a few of the hidden PJ Masks amulets or gems and feel like going back for the game’s trophies. The game gives players a lot of positive reinforcement though, so we can see young gamers enjoying subsequent playthroughs nonetheless.

If you’ve played the first Paw Patrol game already, then PJ Masks – Heroes of the Night will seem recognizable to the point of looking formulaic, but young fans of the show will relish the chance to step in the footsteps of their heroes nonetheless. The characters look the part, they’re voiced, and having all of them work together in each level is a great way to ensure that players get plenty of time with their favorites.

Loosely tied to the main movies, Rise of SH1FT3R’s main focus is on Tony Toretto, a cousin of Vin Diesel’s character Dominic, who has his own crew. Together, they go up against SH1FT3R, an organization that’s using a series of racing events as a front for their criminal activities. The campaign comes in the shape of a series of four tournaments to compete in, after which you face off against the leader.

It’s not a terribly long campaign, but you can also engage in quick races and local and online multiplayer – the latter being somewhat of a unique offering for family-friendly titles from Outright and something that wasn’t available in the recent Blaze game, which was done by the same developer, 3D Clouds. What’s nice is that, as you progress in the main campaign, you also earn coins that let you unlock additional vehicles – including those that belong to the SH1FT3R organization.

The game has 17 tracks to race on, with alternate routes on each of them to try and take over and move up a few spots. A well-timed boost can help with this, but you can also use up your charged up energy for weapons (paintball guns and mines) or your car’s unique special abilities. There’s a splash of Splatoon (or Crayola Scoot, if we’re staying within the Outright portfolio) here as well, as getting hit with paintballs obscures parts of the screen for a little bit. It’s not unlike what you get in games like Sonic Racing or the recent Hot Wheels Unleashed, also in the sense that drifting and jumping helps you charge up your energy meter.

With a limited number of tracks and cars, there isn’t a whole lot of content in Fast & Furious: Spy Racers Rise of SH1FT3R, but the inclusion of online multiplayer should help its lasting appeal. The game also features a local multiplayer option, but unlike the Blaze game it doesn’t support four players at the same time. If you have kids who have outgrown Blaze but are interested in a high octane racer, then this is a solid option that puts supercars into a kart racer formula.

The Smurfs – Mission Vileaf is a good reminder that it’s not just Outright that’s putting out quality games that are family-friendly. French publisher Microids has picked up Peyo’s famous characters for a brand new game, and we’ve been enjoying it a lot on a PlayStation 4 Pro. It’s also out on other consoles as well as PCs.

OSome Studio was on development duty for this one, and it shows. As the studio behind the recent Asterix & Obelix XXL releases, they have a track record of taking classic cartoon characters and successfully porting them to 3D for an action adventure. In this one, you have to help the Smurfs clear their village and the surrounding area of Vileaf, a toxic plant that Gargamel has planted there. Papa Smurf’s antidote will let you heal plants that have been affected by it, turning their brown leaves back into a luscious green.

That may sound incredibly simple as a videogame premise, but while you do that you’ll also face off against corrupted creatures, and there’s plenty of classic platforming to be done as well. Surprisingly, for a game primarily aimed at kids, there’s also a nice sense of progression here, where you gain new abilities over time – letting you glide through the air to places you otherwise wouldn’t be able to reach, for instance.

Because of these new abilities, and the occasional need to combine them, this is a game that parents and children might need to cooperate on, as kids can get stuck when multiple enemies attack at once, or when making a long jump involves running, jumping, gliding through the air and then a dash to make sure you get to that ledge safely. Age-wise, kids could play this at 6 but will likely need help until they’re about 8 or 9. 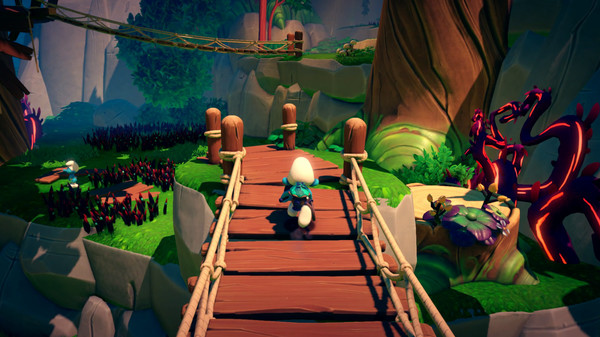 That’s perfectly okay with us though, because that also means that this is a game that will grow with them, and can still be enjoyed by (young) adults and parents who fondly remember these characters from their childhood. What helps is that everything looks and moves great as well, and that there are optional objectives/collectibles to add a bit more challenge for those who want it. With fun gameplay that evolves throughout the campaign, plenty of content, and solid production values, this is a great take on the Smurfs franchise that will appeal to fans of all ages.