For movie fans, one of the best value for money deals you can get during the holiday season is a boxed set with some of your favorite movies or TV show series. We’re checking out the 007 – Daniel Craig Collection on BluRay as a gift suggestion, as it ties in very well to this year’s top theater release.

For obvious reasons, it’s been a slow year at the box office for movies, with the bulk of new theater releases consisting of postponed films that were originally scheduled to launch in 2020. The undeniable winner at the box office this year has been No Time To Die, the final James Bond film to star Daniel Craig. With the film expected to launch on Blu Ray just before Christmas, now is a great time to catch up, and the four-film box “007 – The Daniel Craig Collection” is a great way of doing so.

For loyal Bond followers, Daniel Craig’s rendition of the iconic role has been one of the most dramatic shifts in the history of the franchise. Embracing a darker, grittier side of the character and showing a ton of physicality, the womanizing spy of the past now stands toe to toe with some of the other “whatever it takes” characters in cinema we know and love. It’s a terrific saga that kicks off strong with Casino Royale (2006), which also acts as an origin story/reboot of sorts, but the box also includes Quantum of Solace (2008), Skyfall (2012) and Spectre (2015).

No Time To Die obviously isn’t included yet, but as a result this four-film set can be picked up at a price point that offers amazing value for money – especially when you consider the fact that all four films include a ton of extras. Casino Royale’s are the most impressive when it comes to quantity, as its “making of” features add up to well over two hours of viewing time. Skyfall has about an hour of material, while Quantum of Solace and Skyfall both have about an hours’ worth. In that sense, Spectre lags behind a little, though it does feature a few short featurettes. All titles include several other extras, including music videos, trails and galleries – you can easily fill two or three evenings with this set without even starting any of the films.

The Daniel Craig collection can also be purchased in a 4K edition, but the BluRay release is the more budget-friendly option and still features a solid digital transfer for all four films. That extends to the audio mix as well, with DTS HD MA 5.1 on the first three and an impressive DTS HD MA 7.1 soundtrack on Spectre. Unless you’re already on a 4K setup with full HDR and Dolby Vision support, this is as good as it gets, and you get four excellent films at the price point of (roughly speaking) a single 4K release. 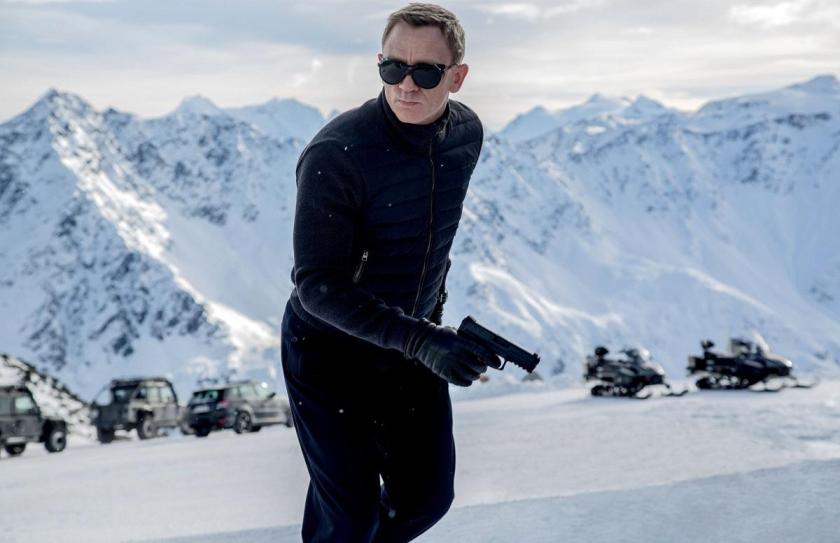 For non-4K video, the picture quality on all four films is good, with a noticeable shift after Quantum of Solace when viewing Sam Mendes’ work – his visual style benefitting greatly from a good use of dark and subtle hues. We’d imagine that the first two films benefit more from the HDR treatment of the 4K versions though, as they feature more color – especially in the intense gambling scenes of the first film.

We can share similar comments about the sound mixing on these discs, because even though the BluRay versions come without the modern standard of a Dolby Atmos track, the 5.1 and 7.1 audio tracks make great use of surround sound effects, bringing the action to life – Spectre’s 7.1 track being a highlight among the four films that approaches Atmos levels of richness.

Unless you’re a purist who wants nothing but top of the line audio/video quality and demands 4K, this collection of Bond movies starring Daniel Craig provides amazing value for money, and is a great stopgap while we wait for a home release of No Time To Die. With four excellent films, solid audiovisual transfers and a host of extras to enjoy, we could think of worse ways to pass the time this holiday season.