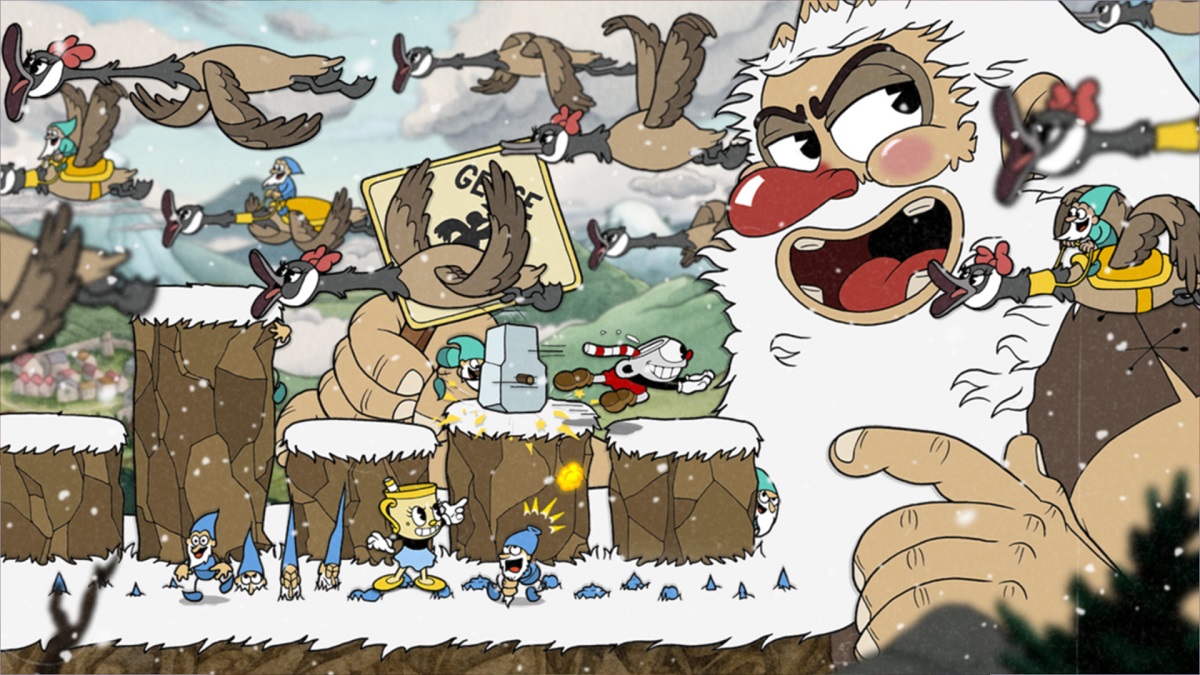 With Cuphead & The Delicious Last Course, the Beat Saber Electronic Mixtape and Olly Power Play we’re looking at three recent releases that caught our eye – here are our impressions on all three.

It feels like Cuphead has been on our minds for over half a decade at this point. Prior to the release of the base game, we were all impressed with the beautiful animation style, but delays made for a lengthy wait period before we could actually go hands on with it. Luckily, it lived up to the hype, and it was well-received by both gamers and critics.

The Delicious Last Course followed a similar pattern. We’ve known forever that it was coming, and after a few delays Studio MDHR’s DLC – much like the base game – also manages to impress. It’s more of the same so it won’t change your mind if you weren’t into the very challenging gameplay style of the original, but it also manages to add a few welcome new touches. 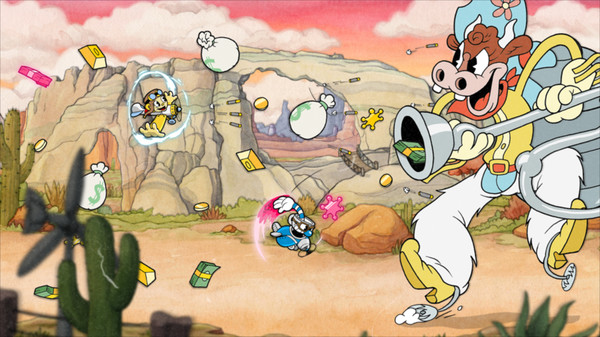 While The Delicious Last Course feels like a more compressed experience because of the lack of platforming/run and gun sections and extra heavy focus on bosses, it also features a full story campaign. In it, a boatman tells you that the Legendary Chalice needs to talk to you, which sets you off on a quest to resurrect her as Ms Chalice. This is no small challenge either, because it requires baking an Astral Wondertart, and the ingredients can only be gotten by beating the DLC’s bosses.

The real attraction is once again the gorgeous animation, with the development team squeezing even more out of their engine than they did before, with lovely boss designs as well as some 3D elements that mesh well with the 1930s style animation that we were already familiar with. All six bosses look and feel unique, and there’s an additional one to unlock as well – with everything backed by yet another great jazz-filled soundtrack. 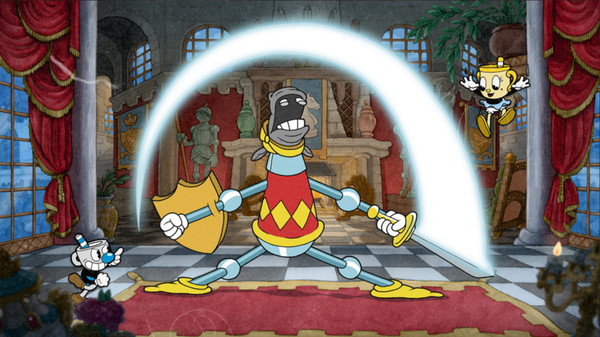 By playing the Kings Leap tournament, you can beat bosses and earn some coin at the same time, which in turn unlocks more charms and weapons to use in the main game. The biggest unlockable is Ms Chalice though, whom you can even use in the base game. With an extra hit point, a dash-parry, a dodge roll and a double jump she has a powerful moveset that makes the game slightly easier as well – taking care of the biggest pet peeve people had with the original – that it was too challenging at times. With Ms Chalice, it’s fun to jump back into the core campaign again, and the different moveset makes it worth doing so in a fresh manner. Sure, it’s more Cuphead and not radically different, but there are plenty of gamers out there who’ll be perfectly happy with that.

We’ve seen plenty of expansions for Beat Saber over the years, but the recent release of the Electronic Mixtape is perhaps our favorite one yet. It’s not the first mixtape for the game, but most expansions focus on single artists like Lady Gaga and Billie Eilish and these mixtapes feel more like compilations that bring together a variety of top songs from different artists within a same genre. 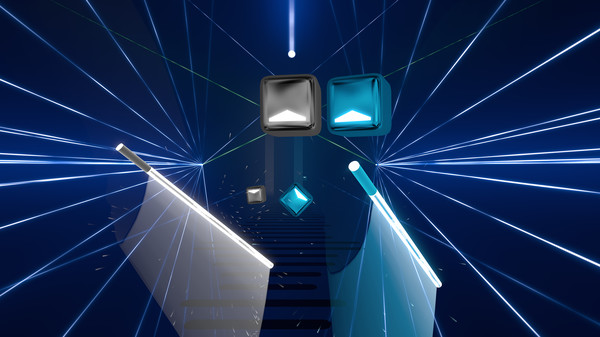 This particular selection focuses on electronic dance music, and features a few killer tracks from the past two decades. These include mainstream classics like “The Rockafeller Skank” by Fatboy Slim and “Freestyler” by the Bomfunk MCs, as well as high energy songs like Darude’s “Sandstorm”. More recent tracks include Pendulum’s “Witchcraft” and Zedd’s “Stay The Night”, so there’s a little something for everyone here.

As all tracks here have plenty of beats per minute, playing them offers a good energetic workout, and as fans of the songs themselves you’re also likely to rock out in between swipes if you’re easing yourself in at the easier difficulty levels. The tracks are a visual delight as well, as they use the recent upgrade to the lighting system to provide visual effects that are timed to the music as well. The new Chain and Arc notes also make another appearance, even though Synth Riders players will find these overly familiar. 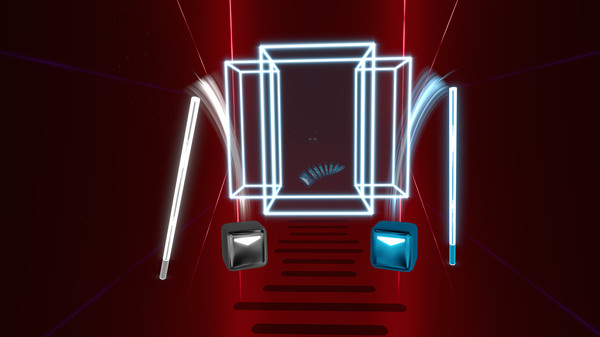 We’re hoping this new mixtape is the start of a lot more licensed tracks in the genre, as EDM is a great mix for a game like Beat Saber, especially when they’re synth/string-heavy and use those new note types as well as the usual beat-centered gameplay. After several years, we still want more Beat Saber.

Developer Waysun Inc. recently introduced Olly Power Play through the AppLab as a low budget release. Is it worth picking up despite its low price point?

Gameplay-wise, Olly Power Play is reminiscent of the first wave of VR titles, when a lot of smaller developers embraced the power of motion controls to create fun little mini games that were more immersive than they ever were before. Carnival Games VR was a great example of this, and Olly Power Play certainly evokes memories of that game with its core mechanic of throwing and aiming at specific targets.

It’s very basic, but also quite accessible for that reason, so it’s a solid demo game if you don’t feel like investing in a higher profile title that would be a harder hit on your VR budget. The game also introduces us to Olly the Ox, who is the cute mascot-like star of the game, but feels like he’d be more endearing in a VR platformer or something like that. Let’s hope Waysun sticks with VR then, with more ambitious future titles that feature the same protagonist.