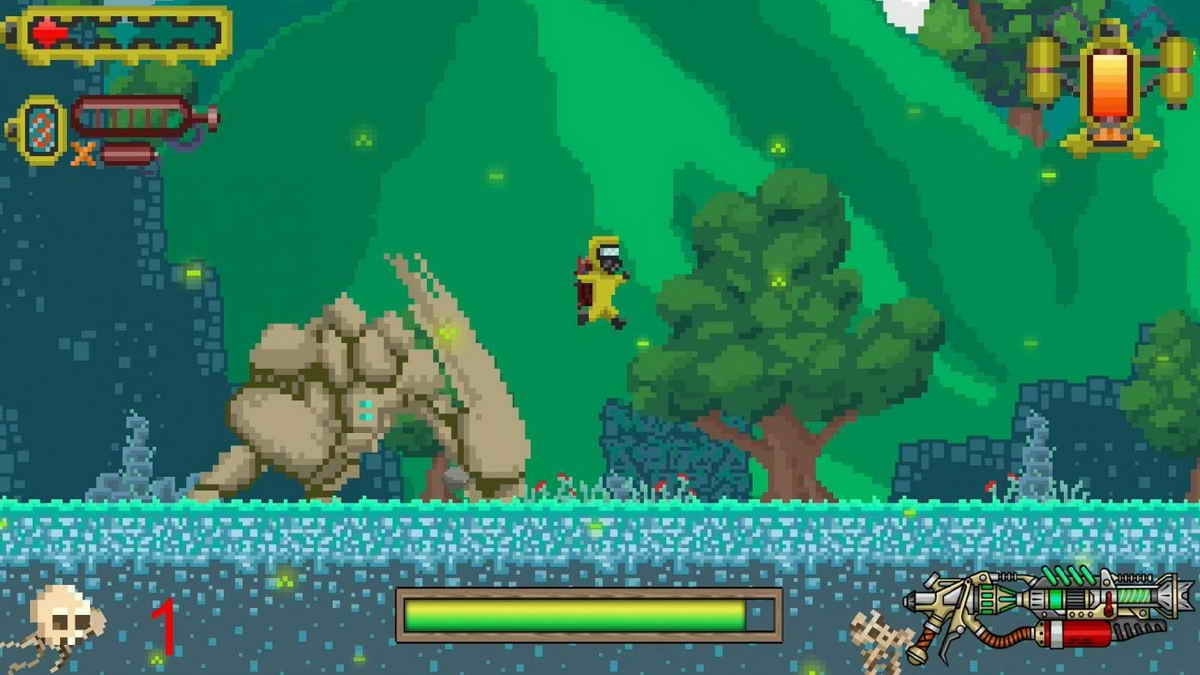 Arsonist Heaven, Hazel Sky and Lost Epic are three recently released games that may have escaped your attention. We’re here to fix that, with a look at this trio of new games.

Ratalaika and Eastasiasoft are frequently featured in our coverage, and for Arsonist Heaven they actually collaborated. Omegacore is the developer, and the game is out now for every current console system out there – we played the PlayStation 5 version.

As you can probably gather from the title, fire plays a large role in Arsonist Heaven, in which you’re sent out to clear an alien menace on a distant planet – by aiming a flamethrower at it. It’s a fuel-intensive method of cleaning up though, which means you’ll have to watch out or you’ll run out of gas – though canisters of the stuff can be picked up as well as you traverse the 2D platforming levels. In some cases, the order in which you tackle dangers factors into whether or not you run out, so you can’t just spray and pray.

Your flamethrower also doubles as a jetpack or sorts, letting you boost your way upwards and/or out of trouble. This also helps you explore, which in turn allows you to find additional weapons to use that are harder to reach. They’re generally powerful and fun to use – though they also tend to run out rather quickly, and then you lose them again. You run into a boss fight after every five levels, but these consistently present the player with a big difficulty spike that’s not in line with the regular gameplay – making for some potentially frustrating moments.

Audiovisually, Arsonist Heaven has a familiar kind of pixel art style and a nice selection of catchy retro-like tunes to back up the action – often reminding us of the days of the C64, Atari ST and Amiga. If you like platformers with a heavy emphasis on weapon-based gameplay, this is a budget choice to look into.

Published for all major systems by Neon Doctrine, Hazel Sky is the latest game from Brazil-based studio Coffee Addict. It’s an ambitious effort from a small developer not afraid to use games like Uncharted as an inspiration, and we checked it out on a PlayStation 4.

A 3D action adventure at heart, Hazel Sky features Shane Casey is our protagonist. He’s hoping to prove himself and become an engineer, but to do this he must travel to a series of island and complete a few trials that are part of his people’s tradition. And while that sounds like a fairly condensed story, he eventually also stumbles across a walkie-talkie that connects him to the mysterious Erin, who is in a similar situation but offers a different perspective on it.

It’s a pretty interesting story and the developers have put a lot of work into building a convincing (narrative) world, complete with lore that ties your story to the people who came before you. It’s a nice touch, as the gameplay itself has a much more narrow focus, guiding you towards a vehicle that you need to fix up. This requiring finding items and exploring, which lets the developers show off the impressive world they’ve built across the game’s islands.

Exploring also lets you see the game’s tendency to use Uncharted as a source of inspiration. While this isn’t a combat-heavy title, there is quite a bit of climbing involved and even a few of those “sliding down” sections that we know from Naughty Dog’s games. Sure, it doesn’t look as good and the controls don’t feel as polished, but it’s nice that the developers didn’t shy away from trying to put their own spin on the formula.

Hazel Sky is also much shorter than an Uncharted game, even though those aren’t necessarily long themselves. That’s okay for a budget title though, as is the fact that you can tell this was done by a much smaller team. The voice acting (in English) isn’t all that good and the facial animations look like they’re a few console generations behind as well, but we had fun with this short little adventure romp.

We previously covered Lost Epic when it launched on PC in Steam’s Early Access program. Now, it’s gone 1.0 and has also been ported over to PlayStation consoles, which is good news for those who enjoy Metroidvanias with Souls-like combat. 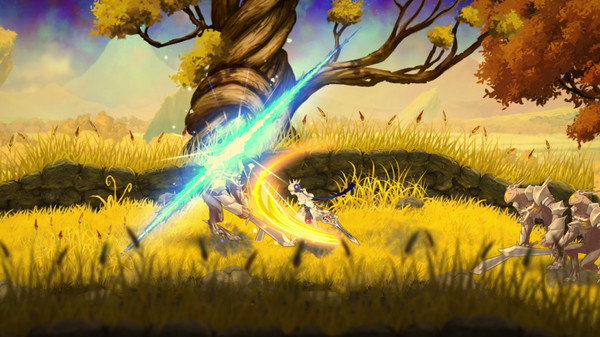 The core plot of Lost Epic hasn’t changed since we first covered the game. Six deities have taken over the world that was previously ruled by the Old God. It turns out these new rulers aren’t all that great though, so would-be heroes have been trying to overthrow them for a while – and now it’s your turn to try. As this is a gameplay-centric title this is all more of a premise than the intro to a big narrative-driven experience though, and a lot of your time will be spent with the game’s Metroidvania/Souls-like mechanics instead.

While the setup of having to battle past six New Gods of course lends itself well to a Souls-like structure, it’s the combat itself that mostly reminded us of From Software’s work. Not necessarily because of the pace though, as Lost Epic is much faster and less deliberate in that sense. No, it’s the stamina-based fighting that also reserves a role for dodging and parrying that makes this different from a straight up action platformer. There’s an odd feeling to the combat though – on the one hand it’s too fast to be as tactical as a Souls game, but it’s also a tad more clunky than a hack and slash title. 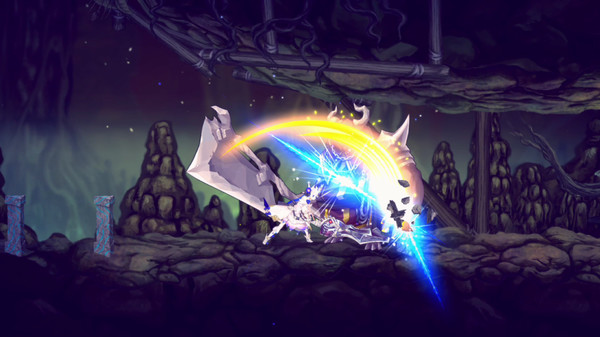 The Metroidvania elements are probably the most interesting parts of Lost Epic though, next to the game’s beautifully realized visuals. The character progression in terms of skills is especially well handled, rewarding you for frequent use of a certain weapon type by letting you get better at the associated skills. This results in a wide range of techniques and tactics that you can use in combat, in addition to the usual traversal skills that you gain along the way. These let you explore new sections, though Lost Epic doesn’t seem to have the usual Metroidvania “walls” in place that hamper progression in a way that’s tied to these skills. Want to try without that special skill that would be very useful for the next section? Go right ahead. It’s a nice dynamic way of approaching difficulty, and one that will work well for encouraging future playthroughs, even though there are times where the game goes overboard with its Metroidvania gameplay by making you backtrack your way through levels.

At the end of the day Lost Epic is certainly worth a playthrough, with interesting though slightly flawed gameplay mechanics. The beautiful visuals help carry it though, making it stand out from the crowd in a popular genre.