Stepping away from the usual games, movies and toys for gift ideas during the holiday, we ended up looking at EscapeWelt’s Force of Elements collection – a set of portable escape room-inspired puzzles that is both challenging to complete and looks great inside a glass cabinet.

Leipzig-based EscapeWelt successfully shifted from their physical escape rooms to handheld puzzles you can complete at home during the pandemic, and is continuing that line now that their regular escape rooms have opened back up. We spoke to them about this during an interview earlier this year, when they were taking Force of Elements to Kickstarter – a limited edition re-release of their most popular puzzles in a stylish new look.

Included in Force of Elements are Fort Knox, in an “Ice Glass” edition which holds the power of water, the Fireheart edition of the House of the Dragon puzzle which houses fire, the Flaming Sand version of the Quest Pyramid that holds earth and the Orbital Box that contains the power of air in its “Breathing Galaxy” edition. Each puzzle contains a part of an amulet that you can unlock, and when you complete all four puzzle boxes you can combine them into an amulet, thus “completing” the challenge. 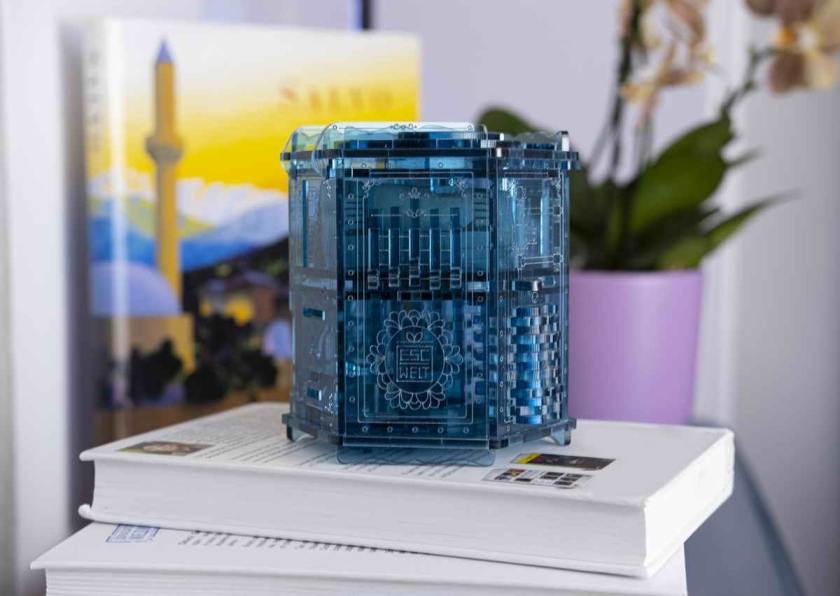 If you’re already familiar with EscapeWelt’s puzzles, you’ll find that all four of these are mechanically pretty much identical to the versions that came out before. The overarching aspect of the elements you’re looking to combine is new, but in terms of puzzle solving this is largely the same experience. The major difference is the material used, because the versions included in Force of Elements are no longer made out of wood, but out of plexiglass – each puzzle having its own distinct color. The Dragon puzzle is a fiery red, the pyramid a bright yellow and Fort Knox is a beautiful transparent blue. The Orbital Box is all mysterious with its blue-ish color, which turns to almost purple or black in lower light conditions.

All four are gorgeous to look at, and their appearance changes depending on the lighting conditions they’re under. With the right kind of light, they’ll appear surrounded by an air of mystery when sitting on a shelf, just inviting you to try and unlock their secrets. As most puzzles of this type can only really be completed once (because even though you can reset the puzzle, it’s not the same experience if you already know the answers), it’s a big plus that there look as good as they play.

You’ll also instantly notice how heavy these puzzle boxes are – they feel extremely solid, and you instantly know they contains a wealth of puzzles you can’t just see from the exterior, even though the plexiglass is transparent. For us, this added to the excitement of trying to complete the puzzles, which for three of the puzzles should take you over an hour or so (the Orbital Box being a tad shorter).

Design-wise, these boxes don’t just look very cool and distinct from one another, they also have a few cool features to hide. Many of these relate to the puzzle solving – for instance where you unlock a piece that (when loose) can be used to manipulate another part of the puzzle. Others are less functional, but extremely clever – like the ability to use a coin slot in the Fort Knox puzzle to insert coins that you won’t get back until you complete the puzzle. 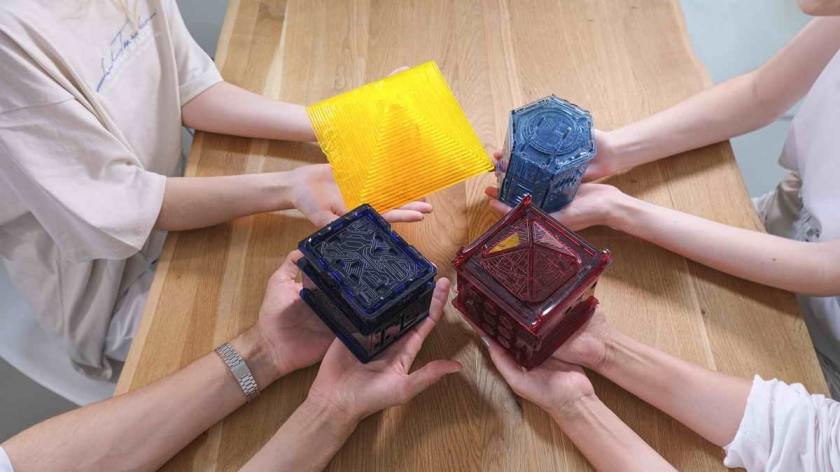 Unlike these new plexiglass puzzles, the original ones weren’t see-through – but being able to see some of the inner workings only marginally helps you, as all four puzzles are filled to the brim and you don’t get a clear image of what influences what until after you complete the puzzles and open up the box. All of the puzzles also contain a little compartment where you can hide something, so that’s a nice touch if you want to reassemble it and gift it to someone else.

Speaking of others – you can play these puzzles with someone else for a co-op experience, and the puzzles come with a little “Player Passport” booklet that features a few additional puzzles that younger players can join in on – traditional pen and paper maze puzzles, for instance. The boxes themselves are rated 14+, and while younger players can help with some challenges we’re recommending having an older player around to help figure our clues and ciphers.

Having grown up with iconic things like the Rubik’s Cube, it’s amazing to hold these portable escape rooms in your hands. They feel like an amazing feat of puzzle engineering in a physical form, and these new editions in the Force of Elements collection also happen to look great from a design perspective. If you’re looking for something unique to play with this holiday season, then EscapeWelt’s new puzzles are a wonderful fusion of form and function.