The release date for Enemy Front was recently announced as June 13th, 2014. We got to see the game in action a while ago and liked what we saw, so it’s high time for a preview for what could be a surprise hit this summer. The game returns to the WW II arena that many shooters called home a few years ago, but does so in a very different way than you may be used to.

Enemy Front revolves around the often nameless people in the resistance, and not the squads and solo endeavors of soldiers that other games tend to focus on. This change in focus brings potential for a wealth of character and story development, and also gives you more freedom of choice in the paths you take. The Call of Duty, Medal of Honor and Battlefield franchises all offer a mix of gameplay styles, but you’re always stuck with what you’re offered. You’ll experience all-out action one mission, and may find yourself having to use stealth in the next one. 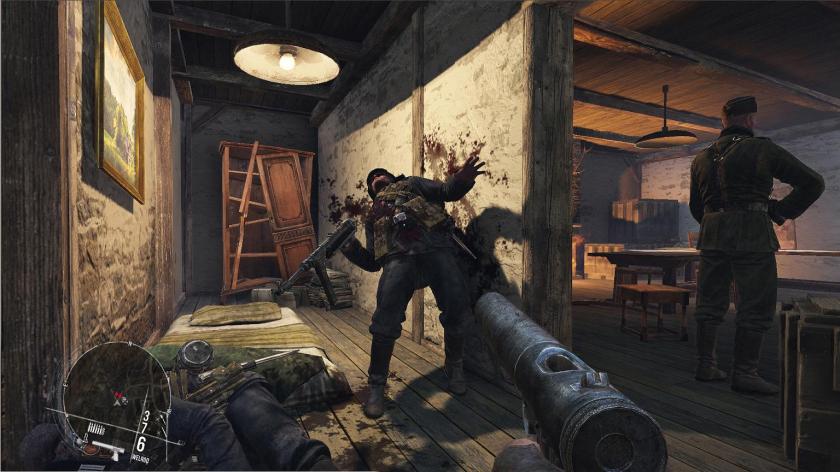 In Enemy Front, this is done differently. In the demo level we saw, our main character was tasked with retrieving an item in the middle of a German-occupied village – and had freedom of choice in how to approach this task. In one playthrough, nearly every German soldier was gunned down after a lengthy firefight. In another, diversion tactics were used to drive soldiers away from the objective. It was even possible to complete the mission without firing a single shot!

The approach that City Interactive has chosen is a refreshing one in a genre now dominated by high adrenaline, scripted rollercoaster rides. Don’t get us wrong – we enjoy every single one of them, but welcome the fresh air that we saw in Enemy Front. We’re also happy to report that Enemy Front certainly looks the part, utilizing the CryEngine to deliver a convincing WW II environment the likes of which we haven’t seen before in a video game (the Call of Duty and Medal of Honor franchises abandoned the WW II theater years ago).

We’re certainly looking forward to Enemy Front and can’t wait to get some hands-on time with it – we’ll let you know when that happens!