As the dust settles on Gamescom, we take a look at some of the releases we missed, as well as one that only just showed up on the horizon. Featured are House Flipper VR, A Fold Apart and Grand Casino Tycoon.

Frozen District’s House Flipper has been one of the surprise indie hits of the last two years. While its basic concept (“renovate this house”) seems like something I don’t even want to do in real life, it’s been a big success and the game – without the hard work and education required in real life – is a lot of fun to play. With its first person perspective, it was also always a game that was going to be a great candidate for a VR conversion. HouseFlipper VR fulfills that promise, and is available on the Oculus Quest right now – sooner than PC owners can get their hands on it!

Although the original game seemed like a natural fit for VR, you’ll quickly see some changes when you boot up HouseFlipper VR. To accommodate the lack of horsepower that you can find in VR (especially on the Quest), the game now has a slightly simplified and more cartoonish look to it. This is a necessary sacrifice, though we wonder what the experience will be like on more powerful PC-based setups. On the plus side, the fact that the performance of the game is good makes up for a lot, and HouseFlipper VR runs smoothly on the Quest.

The other big change, of course, is the fact that you now have access to motion controls. This doesn’t just make the VR experience more immersive through the use of a first person perspective and the ability to hold tools, it also means certain actions have now become much more physical. While some things could be taken care of with a press of the mouse button in the original game, many more have now been virtualized for the VR adaption. As a result, this one’s much more of a workout, and if you’ve ever painted a wall you’ll know what I mean.

If you have a big playing space, then the controls allow for roomscale functionality, which is absolutely great as you physically walk from wall to wall and fix up the room you see around you. In terms of literally putting you somewhere else and having you do stuff in that spot, this is a very immersive experience. The alternative, which is what many will use, is teleportation. While the actual crafts are still quite immersive, this does take you out of the experience a bit when it’s time to move. Luckily, the in-between solution of free locomotion is currently being implemented as well!

Completing jobs earns you money and gets you access to new houses and challenges to tackle, and the game gradually teaches you the ropes rather than overwhelm you. If you enjoyed the original HouseFlipper and have a Quest, this one’s a mandatory purchase. Here’s the Store link.

A Fold Apart is out now

Lightning Rod Games’ puzzle game A Fold Apart actually came out a few months ago already, but it’s such a charming little game that we wanted to highlight it here anyway.

More so than most puzzle games, A Fold Apart is a story-driven tale. It focuses on a relationship between two people that gets strained as one of them has to move away for work, and talks about the difficult time they have as they miss each other, misunderstand each other’s intentions and communicate through short text messages. Through their ups and down, it’s a short but sweet tale that’s brought to life by a colorful and cute art style that uses text and color to express and emphasize moods and emotions effectively.

More innovative, however, is how this tale fits into the core puzzle dynamic of folding paper. Each scene is essentially a sheet of paper, so in a way you’re moving through a comic book and its panels. Our protagonists exist on separate sides of the same sheet of paper, and bringing and keeping them together requires you to fold the paper over. Though hard to express on paper (pun intended!), this translates to you having to reach a golden star in each level but with no clear way of doing so. 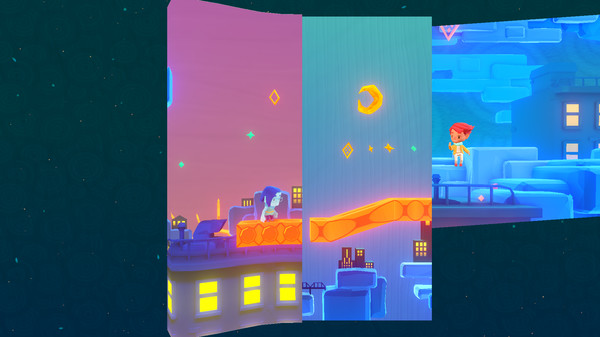 While you may run out of platforms to walk on, folding over the paper might bring another platform into play, allowing you to switch positions. Fold over the other side of the paper, and you see a path to the star appear. Over the course of the campaign, A Fold Apart also introduces the ability to fold paper in different directions, creating new puzzles to tackle and explore. Many levels will require multiple folds, and you’ll need to be careful since you can’t undo them – that requires a reset of the level.

The paper folding mechanic is a fun new mechanic to play with but ultimately more forgettable than the mechanics we’ve seen in other puzzles. It’s the blend of puzzles and story that makes this one charming though, and well worth playing through its brief story.

Grand Casino Tycoon comes out in 2021

A very recent announcement from Aerosoft, Grand Casino Tycoon was part of the publisher’s lineup during this year’s digital edition of Gamescom. Coming from a company mostly known for their simulations, it was a surprising new addition to the portfolio and we were fortunate enough to get a sneak peak at the game in action through a live stream with Julian Mautner from developer stillalive studios.

During the demo we got to see, Mautner walked us through some of the game’s dynamics, which even include those classic ugly carpets that casinos seem to all have. As with many elements that go into the design of a casino, there’s a thought behind that – they want gamblers to focus on the table and avert their eyes from any distractions. Ugly carpets, in a subconscious way, helps them keep their focus!

This is one of the core elements of Grand Casino Tycoon – every decision has an idea behind it. To help you make the right decisions, you can do a deep dive into the happiness of your customers, which are divided into categories. Some are just looking for a fun night out, while others prefer high stakes gambling and good food. 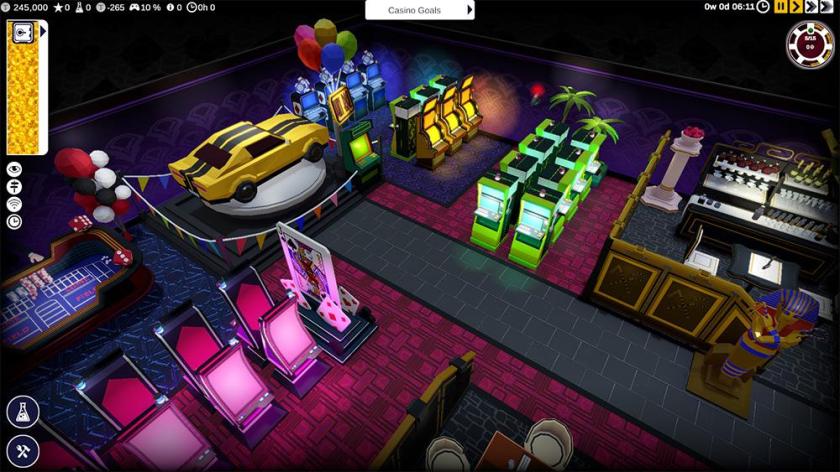 Install a camera in plain sight, and your clientele might feel uncomfortable. Have a slots area that’s just a little too loud, and certain gamblers might leave quickly, hurting your reputation. In that case, boarding off the area helps a lot in keeping the noise contained and keeping everyone happy. Crowd and flow control also factor into this, as you want to help people get to the areas where they’ll be happy – something in which advertising helps you as well.

Do a good job, and the house wins. As you progress through the game you’ll be presented with different challenges and different casinos to work with, as well as new machines and tables you can place within them.

Grand Casino Tycoon doesn’t have a release date yet but is scheduled for 2021.