During Gamescom, we had the pleasure of taking part in UKIE’s Eurovision-inspired video game contest EuroPlay. Bringing together 15 promising upcoming games from 15 different countries, the public was allowed to vote on their favorite upcoming production. Each game first had to get through a preliminary round in their respective country, so the total number of games competing was even higher with nominees like DiRT 5 and Monstrum 2 competing for the UK’s opening round. Eventually, Melbits POD from Spain became the big winner of the event, and we spoke to the people behind this very novel new physical/digital hybrid concept both during and after the show. Here’s what we learned about this exciting new gaming concept.

We first learned about Melbits through the PlayLink title Melbits World. How did Melbits POD originate?

When we created the studio we wanted to create products that explore new concepts by mixing digital and physical gameplay, so the pod is a mix of many things that inspired us. We were really influenced by the 90s virtual pet culture (Tamagotchi, Digimon…) and very inspired by the online-offline behavior of nowadays kids. They just don’t think about if something is connected to the internet or not, they just assume everything is digital, even a paper magazine, and that is mind-blowing. So we thought “Why not create a connected egg that really works like an egg?”… and then the rest of the gameplay concept came up really fast… 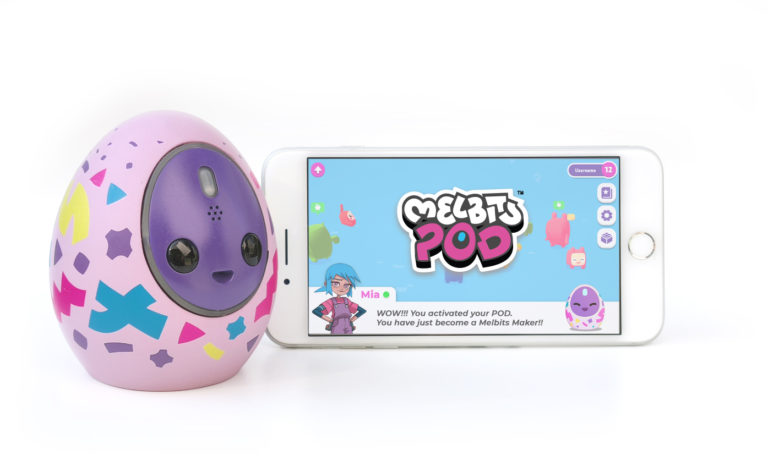 What sets the game apart from other games in the toys-to-life genre?

Actually we think that the Melbits POD does not really belong to the so-called “toys to life”, in fact it almost reverses it. With the now almost gone Skylanders, Amiibos, and so on you had a physical collection of figurines with a very limited gameplay (besides collecting) that went into the videogame through a physical connection portal. We kind of simplified the model. We propose a single physical object with rich physical gameplay that uses a player’s device as a portal to create a big digital collection on the videogame side of the experience. We think this is a much more sensible model for the times we are facing and that players (and parents) will appreciate it.

How did you come up with the look and feel of the Melbits?

The foundation of the IP was established almost at the beginning of the studio. David (Montero) and myself were sure that we needed cute kawaii creatures as characters because they needed to be adorable so you would like to collect them and take care of them. After that it was the touch of genius of Kike and Josema to finish up polishing the designs and the backstory narrative of the Digital pixies that Melbits IP is today. 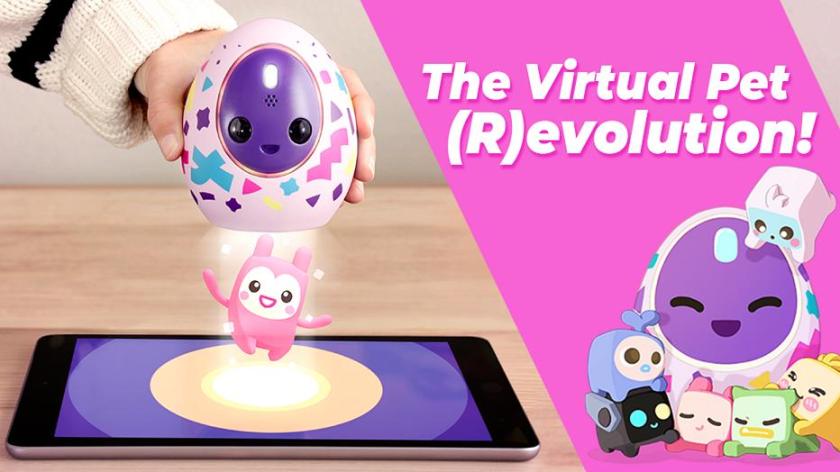 Who’s part of the team behind the Melbits POD?

We have an amazing team of ninjas at Melbot and the fact that we could create this product with such a small team is something very remarkable. Hardware design and development is all being taken care by only 2 people, our tech lead Miguel and myself. We work on industrial design, circuit design, firmware development R&D, packaging… everything. On the digital side of things David and Oscar were in charge of game design, UI and production, Quique our lead artist was in charge of all things art including coordinating the work of Joel, our animator. And last but not least Carlos our dev lead and Mangel completely killed it.

This is a very different kind of game, especially for a small studio. What’s been the most challenging aspect of development?

Definitely funding… and also finding the right path to make the product a reality. Josema, Jangmi and Carlos were instrumental there in building the network and managing the kickstarter campaign. But the challenge is not over and it has just started, because at the moment the POD is just a little indie toy with a small distribution and we want it to be a toy that can compete with other mainstream products on the shelves. We have a long way to go and we have a huge challenge ahead of us in the coming 2 years.

Did the events of 2020 affect your development process?

Totally! Development wise they did not affect us much since we managed to embrace working from home quite successfully, but it has affected us commercially BIG time. For example we had a distributor abruptly bail out from a deal the day before signing the contract and we struggled to reach our targets for the presales after the Kickstarter… all because of the COVID pandemic. The thing is that the entertainment sector has proven to be rock solid even in this times but since the economy is shaking it is really hard for people and companies to bet on new and crazy things like us… hopefully things will change soon.

How do you hope children and parents will react to the Melbits POD when it releases?

We hope that the POD gets played with in new and unexpected ways that we haven’t thought of and that eventually it becomes more than just a toy, that it becomes just a new, fun and positive way to share the screens and play, at least for a while 😉