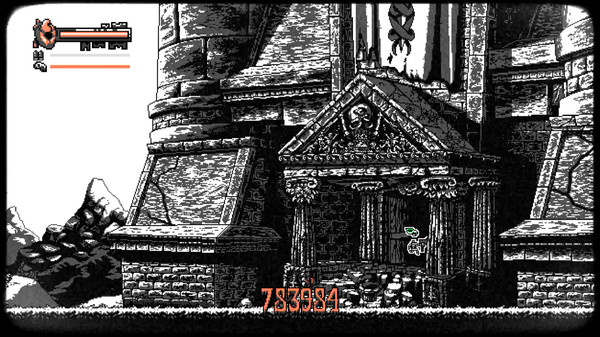 Today we’re taking a look at a revived indie hit with Nongünz Doppelganger Edition, new DLC content for Zombie Army 4 and another brand new Vita release in the shape of Synergia.

There’s quite the story behind the release of Nongünz: Doppelganger Edition, which launched this week on Xbox One, Nintendo Switch, PlayStation 4 and PCs. The original version of Nongünz launched back in 2017 on Steam, but the console versions never materialized when the game’s original publisher vanished from the scene.

More recently, developer Brainwash Gang met with indie publisher Digerati after randomly ending up on the same flight together, and that chance meeting has now led to the re-release of the game in a remastered version – WITH console versions coming out at the same time. People who owned the original release on Steam are getting it for free, but the game is also finally back on sale again for those who missed it.

Nongünz’s new Doppelganger Edition retains the same gameplay and content of the original game, which is drenched in mystery. Not in the traditional narrative sense, but at its core and through its gameplay as well. Described as a ‘nihilistic roguelite action-platformer’, you’re a partial skeleton with very little to go on in terms of mechanics or even controls – something you’ll have to discover on your own by playing. When you are able to add missing elements to your ‘body’, like a head, you’re also adding new abilities, and there’s a card system that grants temporary boosts to help you during your runs. 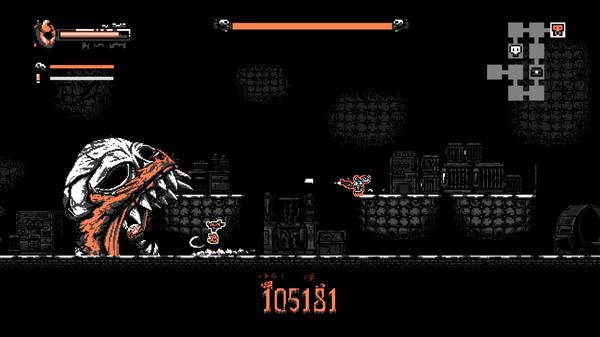 What’s brand new for the Doppelganger Edition is the inclusion of an Arena mode – which focuses mostly on combat, score-chasing and picking up cards. It’s a good way to hone your skills or get a bit of extra mileage out of the game, though ultimately mostly a fun but quick diversion. The more interesting addition is the inclusion of couch co-op, which is especially fun on consoles but also supported on Steam through Steam’s remote play function.

If you missed this the first time around then there’s a steep learning curve ahead of you at the beginning of the game, but the unique art style (black and white horror/pixel-style with splashes or color) and roguelite gameplay will keep you coming back for more. Lovely to see this come back from the shadows and get the exposure it deserves.

Already on its third season of post-launch DLC content, Zombie Army 4 just received both a massive free update and the first campaign portion of the new Return to Hell storyline. The first is free for all users, while Terminal Error can be bought as part of the new season pass or as a standalone story add-on.

Return to Hell will ultimately consist of three parts, but for now we’ve only been able to play part one: Terminal Error. If you’ve played through the Sniper Elite and Zombie Army series then its location of coastal Italy will look familiar, although this time it’s crawling with undead and Hellish creations that you have to take on as you travel to an abandoned base.

While that may sound like a fairly linear concept, Terminal Error is actually much more open in how you can approach the first mission, which multiple avenues of approach, the ability to mix up the order in which you do things and plenty of exploration on the game map. The end result is familiar gameplay, but one of the lengthiest DLC missions so far. If the other two chapters follow the same patterns, then those of us playing the game for the campaigns (either solo or with teammates) are in for the best value season pass yet.

If you’d rather wait for all three chapters to become available, and/or want to replay the original campaign first, then the new Nightmare mode provides a new way of doing so. Although it’s essentially the same campaign as before, it features a higher level of challenge because enemies has been strategically placed to make sure you have to put up even more of a fight than you had to before. It’s a good way to see if Zombie Army 4 can still ignite that zombie killer fire inside you, before jumping into “Return to Hell”.

Synergia launches on the Vita

Although the PS3 and Vita stores will remain open for a little while longer, time is running out for developers and publishers looking to release new content on the store. That hasn’t deterred Top Hat Studios though, who have just released Synergia on the PlayStation Vita!

Originally launched as a Steam-exclusive visual novel last year, Synergia blends cyberpunk with Japanese mythology and horror/thriller elements for something quite unique within the visual novel genre. It was well-received upon launch, and now you can follow the adventures on Cilla on the PlayStation Vita as well – though with a caveat for some Vita players. 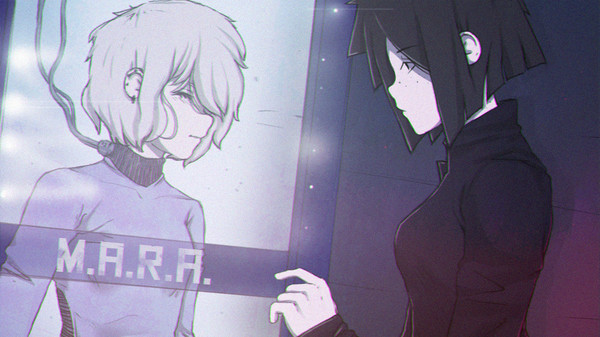 Synergia is launching as a cross-buy title on the PlayStation store, but only in the NA region due to complications with the EU-based storefronts. As a result, the native Vita version of the game isn’t available there, which is a shame for Vita fans not in the US. Luckily, there’s a workaround available as long as you also own a PlayStation 4, because Synergia fully supports Remote Play. Because of the nature of the game as a visual novel it works perfectly without any kind of lag – something that even worked on a relatively poor public internet connection.

You can do the above with the PS4 version that’s available in the EU region, although you can also choose to purchase both the PS4 and Vita versions using a US account. You’ll have to switch regions on the Vita by resetting the handheld, which isn’t ideal, but at least it’s an option to get and enjoy another brand new Vita release. Synergia should fit on the Vita’s internal storage, so you can just leave your memory card untouched for when you go back to your EU account.

Anyway, beyond all those technical details this is a visual novel that’s well worth playing if you enjoy visual novels and the genres that Synergia borrows from. As with any good Cyberpunk story it brings up philosophical questions about the relationship between humans and androids and what it’s like to be human, and for a relatively short run time of about 6 hours it’s well worth the journey.