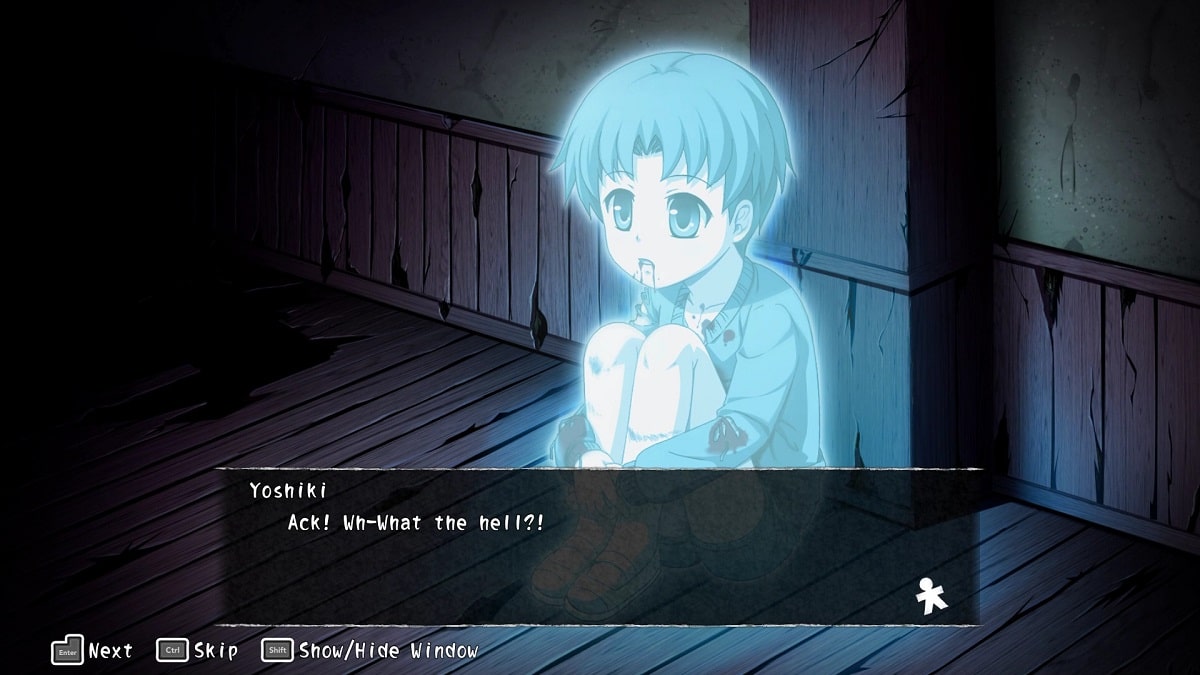 It’s the Halloween weekend, so it’s time to look at four spooky titles that we’ve been playing this week. If you’re looking for a Halloween-inspired game to play, then here are Corpse Party, Forgive Me Father, B.A.T.S: Bloodsucker Anti-Terror Squad and Layers of Fear 2.

This one felt like a bit of a surprise when it was announced, because our history with Corpse Party goes all the way back to the PSP game, and after the expanded port for the Nintendo 3DS we weren’t expecting to see the game again on newer platforms. Yet here it is, released just in time for Halloween on the PlayStation 4, PC, Xbox One and the Nintendo Switch.

Because it’s essentially the same game we played back in the PSP days it might seem silly to boot this up again for its 2021 incarnation, but one of the great things about Corpse Party is the fact that the game has a ton of different endings to explore, which combined with an interesting cast and strong writing makes this a niche classic that’s worth playing through every Halloween. 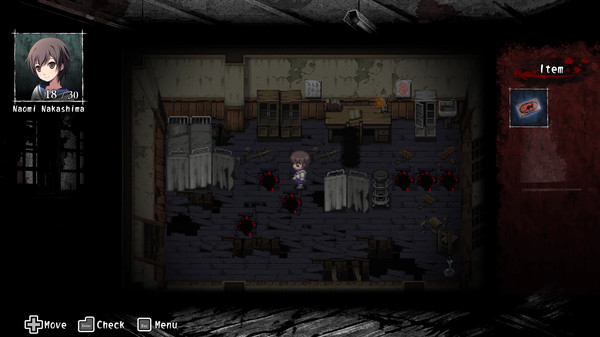 Set at a school, you have frequent (and sometimes too lengthy) conversations with other students, will solve puzzles and try to stay out of the way of supernatural harm. There isn’t a set way to play though, and the non-linear nature of the narrative can be frustrating when you end up with a familiar ending even though you were aiming for a different outcome.

Although it’s claimed to be “updated for the next generation”, Corpse Party’s new 2021 version is rather unremarkable in terms of remasters – retaining its 16-bit PSP look and feel for the game. There’s nothing wrong with that though, because the writing and visuals convey a great horror atmosphere. What’s worth pointing out for fans of the PSP version, however, is that the new release comes with the exclusive content that was only available in the 3DS version – until now. For those without a Nintendo past, that’s reason enough to pick up Corpse Party once more.

While Corpse Party is definitely a throwback to the past, Forgive Me Father is a game that isn’t even out yet – though you can already play it through Steam’s Early Access program and it’s also heavily influenced by the first person shooters of the 1990s.

Developed by Byte Barrel and published by 1C Entertainment, Forgive Me Father is a retro FPS with strong horror influences and a comic book aesthetic. But while many games go the Doom route and just unleash hellspawn upon you and give you a large arsenal of weapons and bullets to use, this one’s a little different

Forgive Me Father channels the works of H.P. Lovecraft, and although part of that are some Cthulhu-inspired monster designs there is also a large role for the common theme of a descent into madness. What’s also interesting is that you can take your journey from either the perspective of a priest or that of a journalist – with one fueled by belief in a higher power and the other by a search for the truth. This one’s certainly different, so we’re glad it caught our eye this Halloween – if you enjoy retro FPS games you should definitely give it a look.

Developed by Ritual Games and published by The MIX Games and One Eyed Robot, B.A.T.S: Bloodsucker Anti-Terror Squad is definitely a change of pace from the “scary” games we’d usually choose for Halloween. Although it deals with vampires and other creatures of the night, it heavily emphasis classic arcade fun, as a sidescrolling action game with a retro look and feel to it. 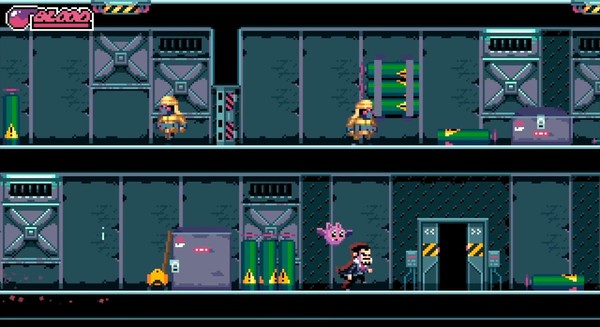 In B.A.T.S, you play as a crack team of operatives that was inspired by GI Joe cartoons of the 1980s. Your characters aren’t regular “Joes” though – they’re undead, with a leader who’s a vampire, backed up by a damphir, a flying vampire and one of the ancient ones, who was inspired by Nosferatu. Our absolute favorite character, for reasons of nostalgia, was Rick Ghastley though.

Going up against an organization called STING (which is less inspired by the singer and more by GI Joe’s nemesis Cobra), you brawl, slash, shoot and jump your way through five large levels, past traps and enemies – which includes a challenging boss fight against Scorpion Supreme, in another nod to the classics.

Even though they’re big and challenging, the five levels that make up the campaign for B.A.T.S: Bloodsucker Anti-Terror Squad make for a rather short campaign – especially once you’ve gotten comfortable with the main mechanics and know how to get past the game’s trickier scenes. That doesn’t take away from the fact that this is a really fun game to play during Halloween if you don’t have hours upon hours of time to play.

This isn’t a new one, but after playing The Medium, we wanted to go back and check out one of Bloober Team’s previous horror titles, and although we had gone back to Layers of Fear in its VR incarnations before it had been a while since we played the sequel.

Layers of Fear is a great showcase for Bloober Team’s ability to craft a beautiful, twisted and haunting atmosphere, and while The Medium is a next gen-exclusive you can play Layers of Fear on a PS4 and it looks and sounds almost as impressive as the recently released PS5 port of Bloober’s follow-up title.

As with the first game, Layers of Fear 2 still relies on scripted sequences and jump scares, but it tries its best not to be an on rails experience. It some cases, this backfired, for instance when you miss part of a sequence because it triggers even though you’re not directly facing it, which can be a bit immersion-breaking. We suppose that taking control of the camera away from you would do the same thing, but it would have been nice to see a middle ground of sorts here – something that could aid the audiovisual storytelling without feeling like a sequence you have little control over. In terms of gameplay design, this is an area where you can tell that The Medium was an evolution of what the team had previously applied and learned.

These are relatively small issues with an otherwise well realized horror story that can really give you chills because of how gorgeously detailed it’s laid out visually and how well paced the narrative is over the course of a six to seven hour adventure. It wasn’t released during the Halloween window originally, but fits great within it if you’re looking to play something that’s atmosphere-rich and can be picked up for a budget price.