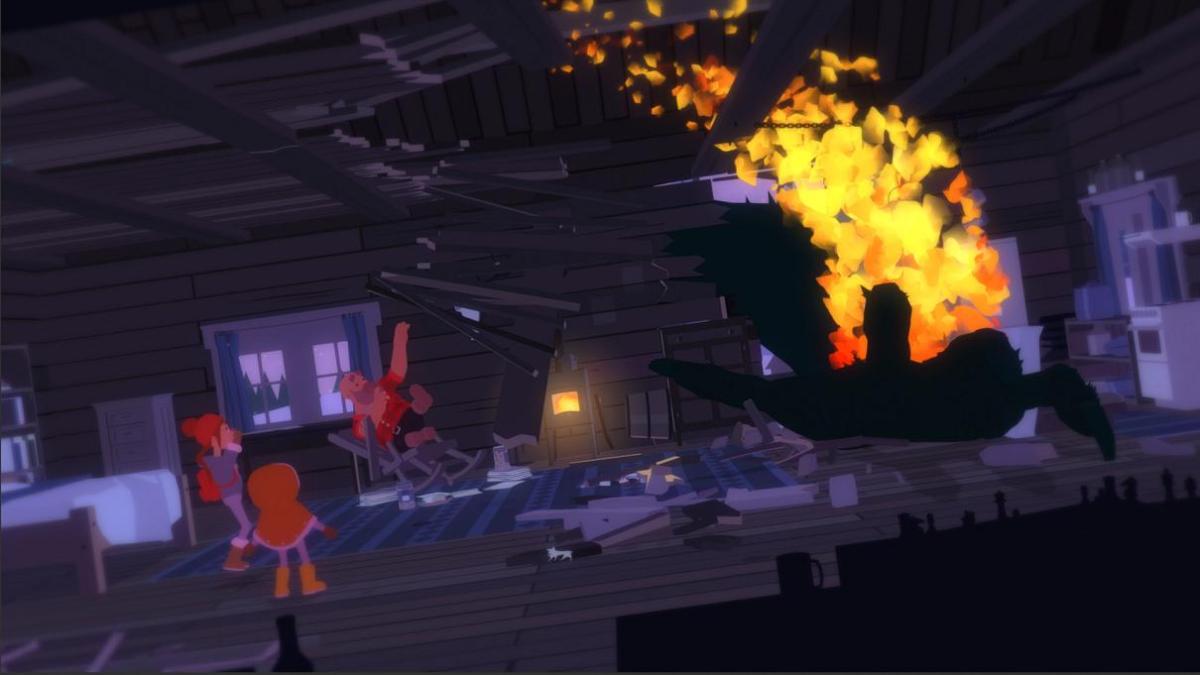 It’s all about next gen this time, as we take a look at three titles that were recently ported over to the PlayStation 5. Here are Röki, Jumanji: The Video Game and Backbone.

Röki launched on Steam over a year ago, but was recently ported to the PlayStation 5 and the latest generation of Xbox consoles – bringing this beautiful and critically acclaimed game from Polygon Treehouse to a wider audience.

Where a game like Röki excels is in its excellent audiovisual storytelling, with a touching narrative and a gorgeous visual style. It tells the story of a young girl called Tove who is taking care of her brother Lars after the death of their mother. The father is still around, but he’s so devastated that everything falls on Tove’s shoulders.

Before long, Tove seeing a bunch of ravens proves to be a bad omen, and Lars goes missing. What follows is your quest to find him, which takes you on a journey through Nordic folklore past ancient spirits, trolls, and through snow-filled locations – all realized with wonderful artwork that has a storybook quality to it. That storybook quality also translates to the story itself, with deals with tragic loss and family bonds as it tugs on heartstrings and delights at the same time. 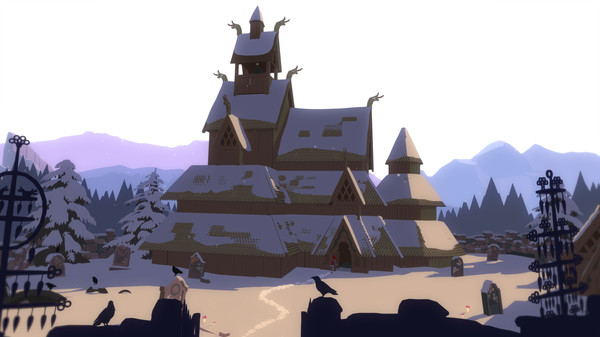 Gameplay-wise, Röki isn’t too unlike the classic point and click adventure we’ve seen on PCs for the past few decades – even though its interconnected world and visual style don’t resemble those games all that much and the game’s been designed with gamepad support in mind. But despite those differences, Röki has that familiar sense of collecting objects and carrying them around waiting for an opportunity to use them with something in the environment in order to move ahead.

The PS5 port of Röki features crisp 4K graphics for screens that support it, though the visual style doesn’t benefit greatly from the leap to next gen. It doesn’t need to either – this one was gorgeous to begin with and its relatively low-detail graphics don’t need a next gen powerhouse to fuel them. It’s the other way around – these next gen systems needed a beautiful game like this to keep players warm during the cold season.

Well, this one was certainly unexpected, but Outright has released a next gen version of Jumanji: The Video Game. The original version of the game launched about two years ago on the PlayStation 4 and all other major consoles of the time, as well as PCs – but the next gen edition is exclusive to the PS5. 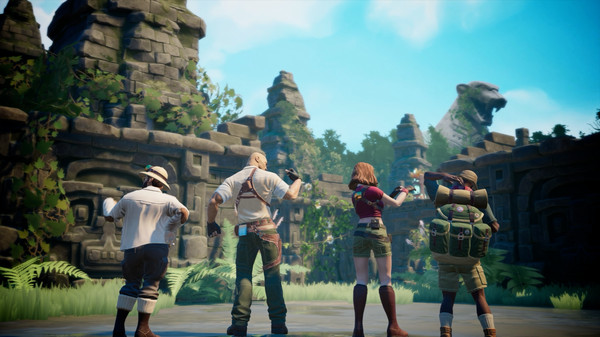 Our surprise at this launch was for three reasons, one being that the 2019 launch was backed by a new movie in the franchise and the use of the likenesses of the actors, including Dwayne Johnson, Jack Black, Kevin Hart and Karen Gillan. This one isn’t, and Outright already had a packed release roster this season, but the biggest reason why we weren’t expecting the new port is that the game wasn’t very well received when it launched.

To be fair – the launch alongside the movie probably didn’t help there. Jumanji’s biggest problem is that the game is extremely formulaic, and doesn’t feature a proper story – either original or tied to the movies. Instead, objective-based gameplay sees you chasing after artifacts to charge obelisks and open doors while fighting off enemies. You get to do this with the four main cast members of the movies, but aside from that it’s all pretty generic stuff that you wouldn’t recognize as Jumanji. 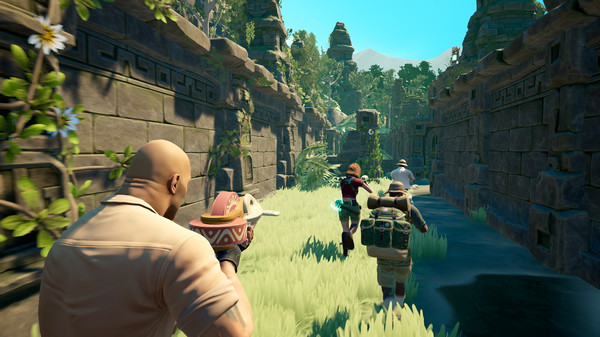 It is, however, accessible and playable for up to four players locally, and if you’re fans of the movie there’s some co-op fun to be had that way. Now, with the PS5 version, you can at least jump into a game quickly due to almost non-existent loading times, and the visuals look nice and crisp thanks to the implementation of a 4K resolution and HDR support – both of which help bring these jungle and temple environments to life. It’s being launched at the same AA price tag we saw in 2019 though, and even if you dig the characters we’d advise waiting for a sale here. The good news: if you grabbed Jumanji when it first launched, you get the PS5 version for free!

When we first saw Backbone, it looked like a 2D pixel art version of what Blacksad: Under The Skin had done in 2019 – a detective noir story with anthropomorphic characters playing the main parts. For that reason alone we were intrigued, and now that publisher Raw Fury had the game ported to consoles we played it on a PS5.

Backbone does indeed start off as a typical film noir detective story – though with animals as the main characters. You’re a private investigator called Howard, who also happens to be a raccoon. In typical detective fashion, you set out to investigate an alleged affair, only to stumble onto something far bigger and more sinister. The writing’s solid, and the characters are interesting, so this is a game that will immediately grab you if you’re a fan of old detective stories. 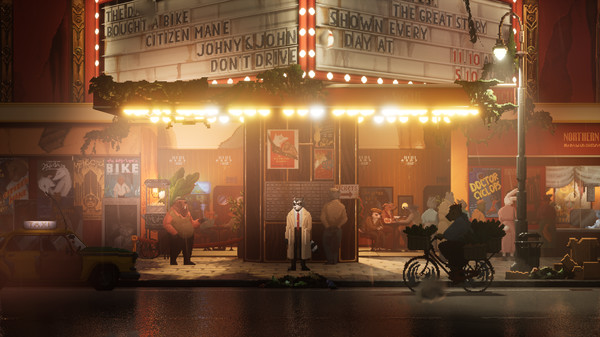 That’s especially true because Backbone is heavy on conversations and light on typical adventure game mechanics. Don’t expect to be hunting for dozens of objects to add to your inventory before spending a few minutes trying to randomly combine them in order to maybe use that combo on a puzzle. That’s not to say that there aren’t any puzzles, but this game is more dialogue driven than you might perhaps expect.

There are a few unexpected twists in Backbone as well, like the ability to duck away for a bit of stealth, which is a nice touch of immersion in between all the dialogues. The story itself also takes a few interesting turns, especially later on in the story, which took about six hours to complete on our first playthrough. The writing is consistently good, and the audiovisual style fits the narrative well with its atmosphere-rich locations and jazz soundtrack. It’s a shame that the game isn’t voiced though, as I would have loved to hear some of the old fashion narration that goes with the noir detective classics of old. Nevertheless, film noir-inspired games are a rare breed and this is an example well worth playing as it gets the mood right and has a story that’s well written. 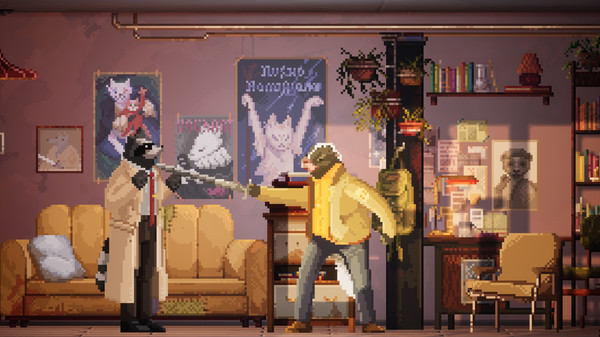