There’s a relative lack of big budget releases this holiday season, and publishers are keen to jump into that void with ports of previously released games to give us new things to play. Today we’re checking out four of them, with Super Sami Roll, Pukan, Bye Bye, Danger Scavenger and The Immortal.

Developed by Sonzai Games and published by X PLUS, Super Sami Roll launched on Steam this past summer and is now making its way over to PlayStation 5 and the Nintendo Switch as well. It’s a game that bears a resemblance to Super Monkey Ball, which we recently revisited, as Sami presents gamers with a hybrid form of ball rolling and platforming.

For an indie title, Super Sami Roll has an impressive animated intro sequence, which introduces us to Sami. Sami moves around in a way that’s part Sonic, part Marble Madness and part Wik: The Fable of Souls – the latter because he can swing around by grappling things with his tongue. It’s the basis for a fun platforming adventure that successfully blends gameplay styles. 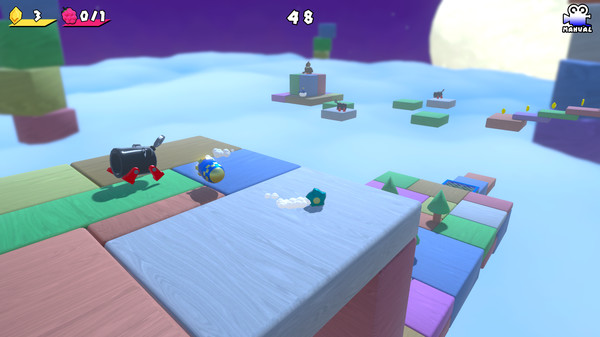 When platforming, you can do all the usual things like wall-jumping and grappling, while speed and balance are crucial when rolling. Ultimately Super Sami Roll feels most like a platformer though, which in part is because so many tropes from the genre are featured here. There are high speed sections a la Sonic and level designs that remind us of Mario’s early 3D adventures, as well as plenty of coins to collect, enemies to take note of and spikes to avoid. And as with any platformer, timing is important – something that’s especially clear when trying to swing and let go at the right time.

Sonic’s 3D games have also been a clear inspiration to the game, which shows in both the visuals (and maybe even Sami’s character design) and the audio – which consists of upbeat melodic tunes that encourage speedy gameplay. There’s a retro 3D look to the game as well, though it’s presented in HD for an interesting mix of styles. There are definitely better looking 3D platformers out there, but the clear look of Super Sami Roll helps keep the focus on the gameplay. As a nice mashup of ball rolling and platforming, this one should appeal to gamers who enjoy both of those genres – and we think there’s a pretty decent overlap between those two groups.

Challenging platformer Pukan, Bye Bye came out in 2018 on Steam, but was recently ported over to consoles by ChiliDog Interactive.

With minimalist graphics and a green/black look that brings back memories of the MS-DOS games of the early 80s, Pukan, Bye Bye is a distinctly “retro” experience. It’s also fairly generic in that it doesn’t involve special controls or a steadily expanding set of moves for you to learn. Instead, just get to the finish of the level, but don’t expect it to be easy. 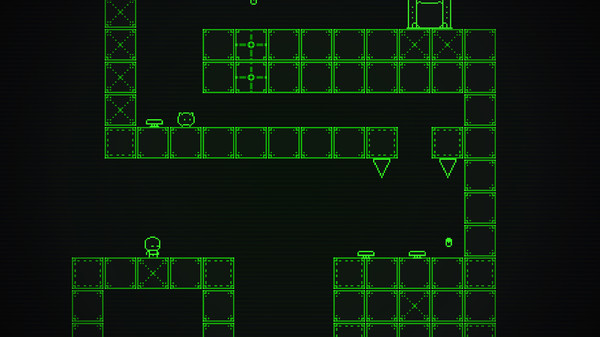 But where a lot of other challenging platformers make things hard through carefully placed platforms, spikes and enemies, this game is a bit more sadistic in how it treats the player. See that platform you’re jumping towards? We might pull it out from under you just before you land. Or we might just hit you over the head with a collapsing ceiling right after you do.

Expect plenty of frustrations like that, but memorization will allow you to get past these traps and get the better of these mazes. In fact, most players won’t have any issue picking up the game’s trophies, which makes this a somewhat generic game but an interesting one for those looking to blast through a short campaign or nab an easy platinum trophy.

Danger Scavenger premiered on Steam back in March, but has now made its way to PlayStation 4 and Xbox One as well. Developed by Star Drifters and published on consoles by Forever Entertainment, it’s an entertaining roguelite shooter with a cyberpunk theme.

Although it’s set on the rooftops of large skyscrapers rather than in dark underground domains, Danger Scavenger has many of the characteristics of a dungeon crawler – though one that prefers (twin-stick) shooting over melee brawling. It’s set against a backdrop where large corporations rule and an AI has almost total control – leaving you and up to three other scavengers to try and fight back, and perhaps make a small fortune in the process.

Playing out from an isometric perspective (not too unlike a less polished version of The Ascent), Danger Scavengers is a fast-paced action game that alternates between straight up combat, sections where you have to defend a computer terminal that’s being hacked and boss fights. You can melee if enemies get too close for comfort, but you’ll mostly be firing your weapons and rolling out of harm’s way with a dash move instead. In between, you can pick up loot, which you can use at a workbench to craft power-ups. 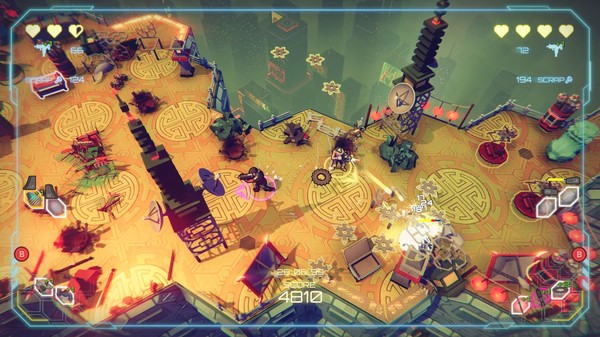 Danger Scavenger is a fairly by-the-numbers action roguelite that doesn’t excel through a epic world building, a strong narrative or stellar visuals, but it’s a really solid take on the genre that shows us that the time spent in Early Access on PC did the game good. This console port is a good one, and makes for a fun game to pick up and play in short bursts – especially if you get a chance to play it in cooperative multiplayer!

This one goes waaaaaay back, at The Immortal was first released….. back in 1990! It’s part of a new initiative from Brazilian developer/publisher QUByte Interactive though, which recently launched its QUByte Classics brands, devoted to bringing back old time hits to today’s screens.

One of the first releases under the new label is The Immortal, which I remember launching for the Atari ST back in the day. I didn’t remember it was an Electronic Arts title though, so this is another good reminder that today’s mega corporation was once the publisher of games like Populous, The Bard’s Tale and the home ports of Marble Madness. 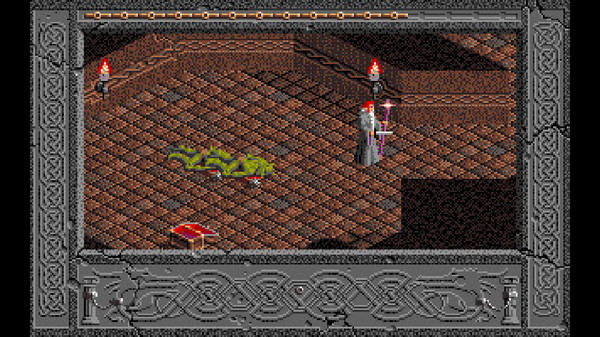 In The Immortal, you play as a wizard trying to traverse a labyrinth while battling goblins, trolls and dragons – set against a backstory of betrayal within a fantasy realm. Playing it now makes you realize this could have been an epic action RPG with today’s technology, but at the time (the game was originally developed for the Apple IIGS) it was part of a vision that had to be set within the boundaries of what was possible then.

The end result is an RPG adventure that takes place from an isometric point of view, with some crude animations, slightly awkward combat and sluggish controls – pretty much the norm for home computers in that era, yet therein lies part of the game’s charm as well, as it’s clear how ambitious this game was for its time. Between puzzles, traps and enemies, this is a grand adventure in a small package. You’ll need to bring a healthy dose of nostalgia though, as The Immortal is quite dated at this point – but as an accurate port, this is one worth checking out for those who remember the original.