QUByte Interactive has been very prolific in recent weeks, with a ton of multi-platform releases across different genres. Time for a special roundup entirely dedicated to the Brazil-based publisher, where we check out SAOMI, Hidden Shapes: Black Skull + Old West, Chess Brain: Dark Troops and Radical Rex.

Out of all of QUByte’s recent releases Saomi was our favorite – a challenging-but-not-hardcore platformer not too unlike games like Celeste. It stars the titular Saomi, an adventurer in search of a precious diamond. As with many games in this genre, that mainly serves as a premise, as the actual gameplay is a familiar kind of platforming: small, single screen levels in which you need to get to the exit by moving past obstacles, dangers and enemies.

You can walk and run, and have access to a jump, double jump and mid-air dash – the latter two becoming increasingly important as you progress through the game’s 60 levels. You can also briefly hang/slide on walls, but if you’re played one of the many similar games before you have pretty good idea. As levels fit on a single screen, the action is zoomed out, and characters are small in a visual style that’s reminiscent of 16-bit style home computer platformers.

Levels are well designed and there’s a nice gentle difficulty curve here, with a few extra challenging levels but no real moments of “I give up” frustration. Checkpoints are generally generous, so even though it’s hard to complete some of the later levels without dying you always feel like progress is just a jump and dash away. Enemies and objects keep moving after your deaths though, and aren’t reset – which means you can’t blindly push forward upon respawns but will have to time your jumps carefully if moving objects are involved. We also liked that the platinum trophy doesn’t come until you complete the entire game, as this one is well worth it – we had a fun evening completing Saomi, which is available at a great price.

This isn’t the first Hidden Shapes game from QUByte that we’re checking out, as we previously looked at Hidden Shapes: Animals + Lovely Cats when that got ported over to consoles. Black Skull + Old West is very similar, offering another collection of two games that were previously released as standalone titles on Steam.

The gameplay is the same as well, with simple minimalist artwork that’s been divided up into tiles that you have to rotate in order to complete a puzzle – which then unlocks a full color version of the artwork you completed in sketch form. It’s a super casual kind of game where it’s impossible to get stuck, so it’s perfect if you have a few minutes of time to kill. The biggest (and really only) difference between this particular release and the previous one is that you get puzzles with a different theme this time around. Black Skull is pirate-themed and Old West deals with the Wild West, so if you need a little break from the cute visuals of animals then this one has you covered.

Developer Caio Flavio’s Chess-inspired puzzle games came on Steam earlier, but have now been released for consoles as well. Chess Brain: Dark Troops is actually a sequel to a game we didn’t play yet, but you don’t need any prior knowledge to enjoy it – although having some basic Chess knowledge helps.

The core concept is simple: observing the rules of how Chess pieces move, you have to move the King to a goal tile in each of the games 30 levels. These levels have tiles, but don’t resemble a normal chess board in shape, with different layouts per level. As the King can only move one tile at a time, you’ll have to plot out a course, but the catch is that other pieces belong to the enemy and will move along set paths – also according to normal Chess rules. They’ll move when you move, and you can’t let yourself be caught by them, so you have to carefully plot your journey so that you step on tiles when they’re not moving onto them. 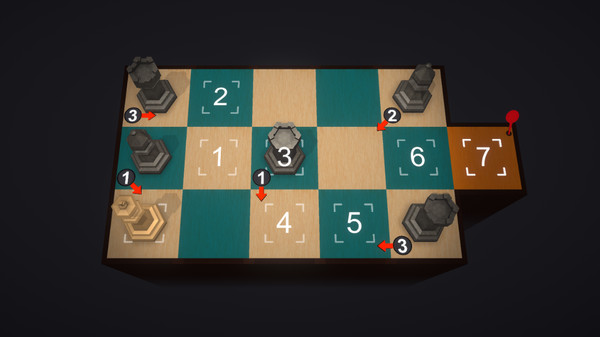 It’s simple to grasp, with the one exception being the titular troops, who will move around in less predictable ways. It’s a fun game to play if you’re familiar enough with Chess to know the basic rules but don’t play enough to be able to compete at a decent level. With only 30 levels, the first half of which are quite easy, it’s on the short side, but it has a price tag to match, and provides a nice little diversion for puzzle fans.

QUByte is also still working on the “classics” label, where they bring back some of the more obscure hits from a few decades ago – games like The Immortal and The Humans. Their latest is actually a bundle of two games – the 16-bit console platformer Radical Rex and a spin-off that was developed for the Nintendo Game Boy. Both were developed by Beam Software, who back then were transitioning into 16-bit console development and were also behind Super Smash TV for the SNES. 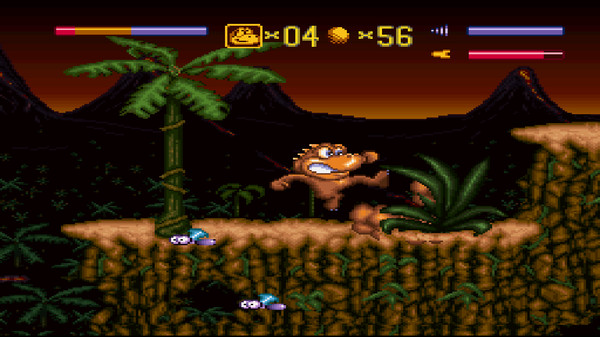 While it’s always nice to play these types of games when you’re in a retro kind of mood and want to play one of the many animal mascot-like platformers from the early nineties, the problem with Radical Rex is that the original game was rather unremarkable compared to its more famous contemporaries, and adding 30 years to it doesn’t help.

What also doesn’t help is that the emulation is surprisingly lacking in a few places, especially in the Game Boy title. We never played the original version of that one so maybe the poor performance and screen tearing were always there, but it’s especially grating in this day and age. The 16-bit adventures of Radical Rex fare a lot better in comparison with colorful visuals, cheerful music and decent-though-formulaic side-scrolling platformer gameplay, but it’s the kind of game that will appeal more to collectors than to genre fans looking for classics.