Before the big final of the EuroPlay contest that played out during Gamescom, a preliminary round for each participating country was held. Holding off stiff competition from the likes of Codemasters’ DIRT 5, the UK winner was Team Junkfish’s Monstrum 2, an asymmetrical multiplayer-focused title that blends sci-fi and horror. People voting in the EuroPlay content seemed to be in agreement that this is one of the most exciting upcoming titles from a smaller studio, so we chatted with Team Junkfish’s director Adam Dart about the game.

Was doing an asymmetrical take on Monstrum the logical next step for you?

We were actually exploring a multiplayer version of Monstrum at the end of Monstrum 1. The concept was also set on an abandoned sea fortress at the time, as we still wanted it to be set on an isolated location on the sea. That idea actually came about from our fan-base as many of those that loved the game mentioned that they would have loved to play with friends. We couldn’t retrofit it into the first game with how it was built, so we would have to develop it with multiplayer in mind from the ground up. At that time, however, we put it on the side-burner as we decided to expand our IP with Attack of the Earthlings.

When we returned to the multiplayer Monstrum idea, the next question we asked ourselves was what kind of multiplayer would we experiment with? We tried a few different prototypes and focus group tests. We imitated an AI monster player, human players, different styles of objectives and many types of gameplay mechanics, before finally settling on the asymmetrical player versus player structure, akin to games like Dead by Daylight and Evolve. We also took some inspiration from player mechanics in Left 4 Dead, environmental puzzles and interactivity from games like Amnesia, and of course, we couldn’t leave out key rogue-like elements and procedural generation from Monstrum 1.

We’ve seen a few takes on the genre in recent years. What makes Monstrum 2 different?

Compared to other asymmetric games, Monstrum 2’s pacing is a lot faster, with chases that involve a lot of vaulting and sliding through an environment that I feel has a lot more depth to it. There’s a lot of emphasis on how the monster and prisoner players move through and interact within the sea fortress; It’s a vast multi-level compound broken into different stages with multi-phase puzzles, interactive elements, and obstacles for players to overcome that encourages players to also think about what is above and below them too, compared to other games where the levels are much flatter.

In addition to this, the procedurally-generated map changes each time you play and each monster has substantially different movement and attack skills from the others, which forces you to think tactically about who to pick, or who you are up against.

Finally, Monstrum 2 is not just an asymmetric 4v1 game. It scales, so if you want to recapture the tension of being alone against a powerful monster as in Monstrum 1, you can choose to play as a solo human prisoner in your match as a 1v1.

How did the visual/art style develop after Monstrum 1?

Monstrum 1 was set on an abandoned 70’s ship, with the current time period left ambiguous for the player. With Monstrum 2, however, we wanted to keep with the theme of being isolated at sea whilst changing to an environment that had a less predictable layout. Because of that, we took a lot of environmental inspiration from the abandoned Maunsell Forts built in the Thames estuaries; something that looked very intimidating to be stuck on, but also interesting to explore.

We also wanted to still keep that late 70’s / early 80’s aesthetic as to not drift too far from Monstrum 1, but we wanted to add some subtle areas that hinted that the game was set more into the future instead of the past. Over time though, those futuristic elements became more overt as the game progressed. 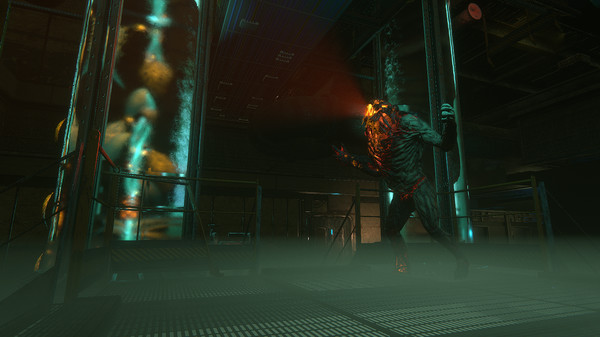 Who has been working on the game?

In addition to the team members that have been here through Monstrum 1, we’ve also brought on a lot of new talent and learnt from previous experiences. Even still, the team have had to learn a lot through development, as making a multiplayer game that we can continue to support is very different from the kind of games we’ve made previously. Though the team has almost doubled, we’re still relatively small so we’re working with a lot of external services for things that we don’t have the ability or resources to do in-house (such as QA and Multiplayer Servers).

What have been some of the more interesting challenges during the development process?

I would say one of the biggest challenges would be setting up the infrastructure to manage a multiplayer service as a relatively small indie team, both on the technical and the business side. On our previous single-player games, we didn’t have to worry about things like GDPR, player management, server costs, customer support, and all the other backend requirements needed for a multiplayer service, especially as the platforms and publishers usually handled most of that for us. Junkfish has evolved to the next stage with Monstrum 2, and with that came a whole new level of complexity which required us to learn new things and bring in additional expertise to manage.

Did the events of 2020 offer any additional challenges?

Kind of following on from the previous question, one of the most interesting challenges we’ve had to face is one that almost everyone else has had to do if they work in an office; the move to remote working. It’s definitely affected us, but not as hard as many businesses in other sectors. When we started Monstrum 2, we were just starting to experiment with remote working set-ups but hadn’t embraced it on a full-scale level. Fortunately, because we had a couple of people already working remotely, we already had most of the essentials set up for it so the transition wasn’t too alien for us. Some of the obstacles we had to overcome on the way were things like slow internet (which we had to upgrade) and making sure everyone had the right equipment to work from home. 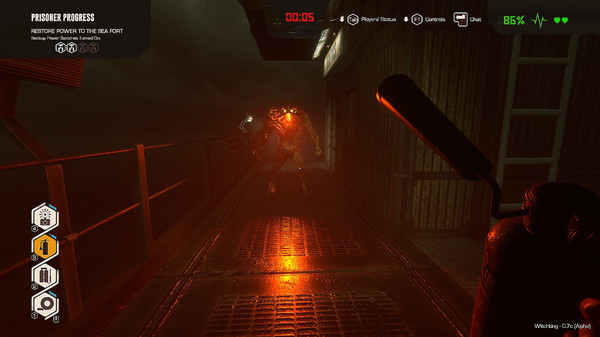 On the external side, it certainly caused more complications and unpredictability; particularly when it came to working with partners and publishers. It meant that we had to put a lot more focus on communication and adapt to changes that they’ve had to put into place to keep operating effectively.

On the plus side, however, when it comes to recruitment, remote working has allowed us to access a much larger and more diverse talent pool as we aren’t constrained by location, which is a big advantage!

We’ll be releasing the game in Early Access, so there will still be a lot of work as we bring it to full launch. Firstly, I’m hoping people will come in to enjoy the game in Early Access, but also keep coming back as we continue to add more to it, even after we hit full release. We’re wanting to evolve the game over time and we have a lot of ambition for Monstrum 2, with many new ideas we want to surprise our players with post-release. Secondly, I’m hoping that players are able to give us their own feedback and ideas for the game. Our community is very important to us and getting input into what they want from the game helps us shape it as we plan in future content and features.