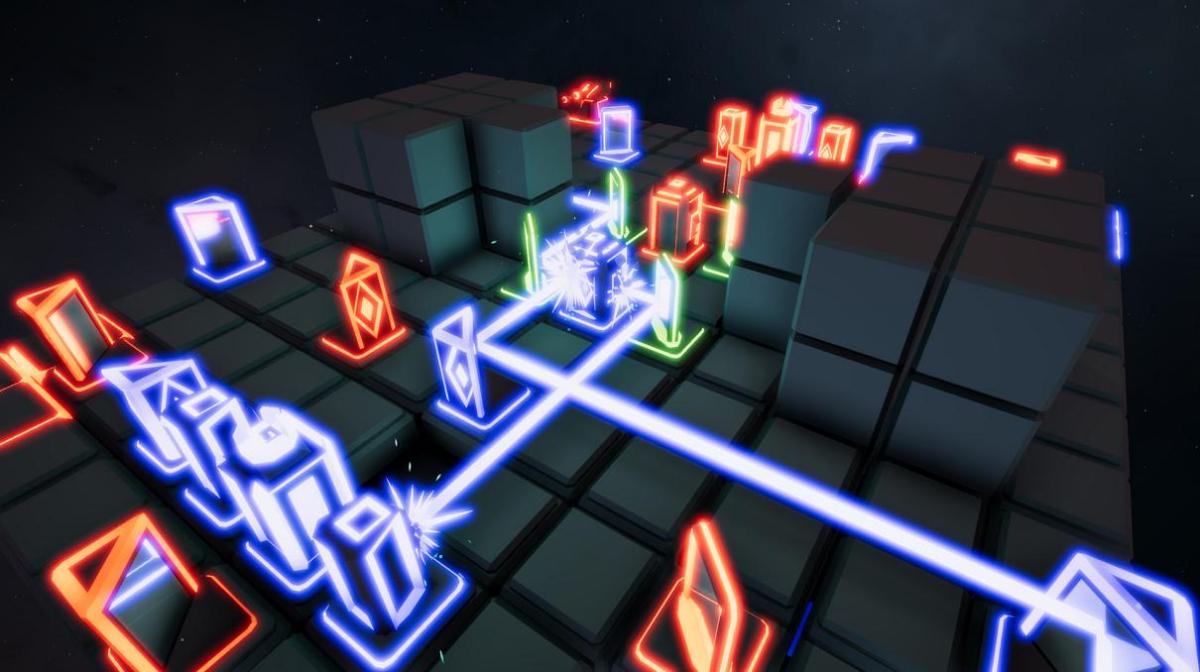 Deflection recently launched on Steam and is an expanded digital take on the famous board game Khet, which was also popularized as ‘laser chess’, with several home computer versions in the 80s and 90s. We talked to Philippe Teichmann, the developer behind Coreffect Interactive’s Deflection.

Deflection is created by Coreffect Interactive, which consists only of me, but a friend (Ludovic R.) also helped with the development of the game. We are both students.

Deflection is a digital recreation of an award-winning board game – what got you interested in making a digital version?

There actually already is a digital version of the award winning board game, but it is very barebones, with only 4 very similar maps, no level editor, and – if I may say – poor UX etc. I always loved playing the board game as a kid and saw the digital version of it, but wished there was more to the game, more pieces like a portal, more interesting levels, a level-editor and most importantly, better visuals and more explosions and cool cutscenes. 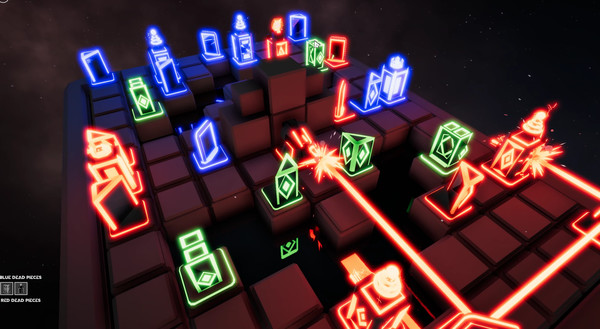 So I decided to create Deflection, which adds over 7 new pieces to the game. These include the Disruptor, Tesla Tower, Portal, Spike, Sentry, Splicer and Disintegrator, for which you can check descriptions on what they do in the in-game Piece Guide. Deflection also brings almost a dozen new interesting levels with said pieces, all having unique shapes (like a diamond shaped map) with holes and walls adding another layer of strategy.

Other improvements/additions have been made include green pieces, which can be controlled by both players. The game also has a Level Editor where you can create your own levels placing cells, red, blue and/or green pieces, and try your levels in Singleplayer against an AI, or in Multiplayer with a friend! There are also many other features in the game that aren’t in the original digital version, including a replay mode, cutscenes and a timed mode.

How long was Deflection in development?

Deflection took about 6 months of part-time work. We started making the game thinking that we would not be able to make an AI. After we were done with the basics, a lot of people criticized the game saying it was just a remake of Khet, so we added new pieces, maps and more features to differentiate ourselves from the board game. The game grew, adding more features requested by dedicated fans on the discord, such as the Level Editor, which we had never planned to add. We also figured out how to make an AI, using chess AI as a reference, which was the hardest feature to implement.

The gameplay rules in Deflection would also make for some excellent (single player) puzzle game mechanics – did you consider implementing anything like that?

We actually have, and it was even requested by some testers, but we decided against it as Deflection is more of a pvp strategy game than just a puzzle game.

The look and feel of Deflection feels a little Tron-like. Was that something you were going for, or did you have other inspirations for it?

I really liked the Tron-like neon look, and to be honest, it was easy to achieve so we went for it!

How do you go about programming the AI for a game like Deflection?

We did extensive research on AI in board games, and attempted to use the same principles used in a chess AI. The AI simulates/calculates moves in advance, for example it plays one move, does a move for the player, and then does another move, and evaluates if the sequence of moves was any good. It then takes all the ratings of all the possible moves (with a depth of 3, meaning it does one move, one for the player, and another one for him), and chooses the best one and actually plays it. At first, the AI took a long time to find the best move, but we managed to optimize it until it took only 1-2 seconds. Of course, the bigger the map, the more moves the AI has to check, and the longer the AI will take.