Before the weekend, we’re checking out a trio of recently ported games – here are Underland: The Climb, The Legend of Dragonflame High School Collection and Blow & Fly.

We missed QUByte’s release of the console version of “Underland” last year, but now they’re bringing its sequel to console players as well. Underland: The Climb is available now for all major systems after an earlier PC release on Steam, and as with Underland it’s a 2D puzzle platformer with retro visuals and a big role for simulated physics.

Surprisingly for a puzzler, Underland: The Climb also features a story – though it’s more of a premise than something that features largely while playing. Protagonist Ivy finds herself in the underground city of Underland when an alien invasion hits them, and now she’s trying to escape in order to get to the surface – which translates to Ivy’s goal of reaching an elevator platform to go upwards in each level. 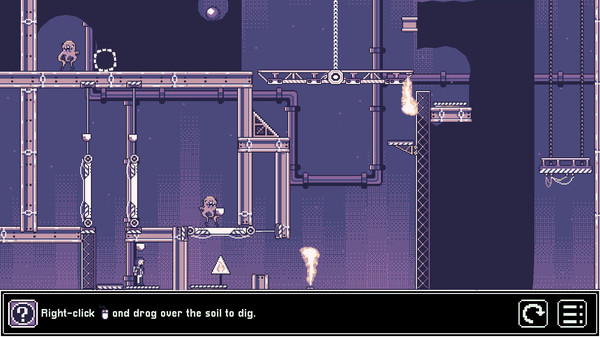 Even though this is a platformer at heart, levels are small, no bigger than a single screen. Gameplay is quite varied though, because the game doesn’t rely on a single mechanic. Instead, each level has a few interactive elements in it, and you must use there to overcome dangers and take out the enemies that stand in between you and the exit platform. Sometimes this means trapping them on a pressure pad that activates a small elevator, and at other times you’ll be clearing a path for yourself by draining the pool of acid that’s in your way.

One thing that took a bit of getting used to is that some elements in a level are controlled by Ivy directly, while others (like a pickaxe) are simply ‘activated’, after which you as the player can chip away at the environment without having to move Ivy there first. It’s a tad immersion-breaking to switch between direct and indirect controls, but it makes for some fun physics-based solutions – many levels seemingly have multiple ways in which you can tackle them. There are some clever and fun scenarios to experiment with here, so be sure to check this one out if you enjoyed physics-based puzzlers with a bit of platforming.

The Legend of the Dragonflame High School Collection review (PS4)

For a few years now, it’s hard to look at the porting scene for very long without bumping into a Ratalaika Games title, and their latest one if a bundle of two games that were previously released on Steam. The Legend of the Dragonflame High School Collection is out now for all major consoles, and we checked out the PlayStation version.

Both Legend of the Dragonflame High School games are quite similar and fit into the beat ’em up/brawler genre – their closest sources of inspiration being games like River City Ransom and the Kunio-kun titles, and not later ones like Final Fight or Streets of Rage. This release caters to a specific niche, and even within that niche there’s a slightly simplified approach to an existing template, with two short campaigns and restricted move sets, that (for example) don’t include an option to run.

The games in this bundle tick a lot of the boxes for a simple Kunio-kun brawler though, and you’ll notice that they even let you unlock abilities as you go – which is surprising for a game that’s this short, but a nice surprise. You’ll also find that the boss fights were designed pretty well, with different fight styles and tactics for each confrontation rather than a copy-paste job with a larger health bar. 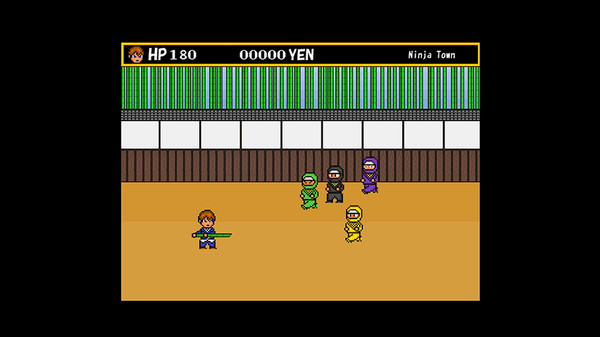 It’s easy to see why these are being sold at super low budget prices on Steam and why they were bundles for this (still very cheap release), but if you need a quick Kunio-kun fix then this’ll keep you busy for an evening.

This one barely fits into the “ports” category as developer Khud0 only released Blow & Fly on Steam earlier this month, but Eastasiasoft has now brought this fun physics-based title to console platforms as well. We took a look at the PlayStation version, but if you’re on Switch or Xbox you can get the same experience there as well.

The core premise in Blow & Fly is that you’re literally a fish out of the water. Your aquarium broke, and now your goal in each level is to reach a body of water – also known as a toilet bowl. Because you look like a puffer fish, your method of traversal is to blow water out of yourself in order to propel yourself in the opposite direction – where you’ll inflate again with whatever water is left on the surface. 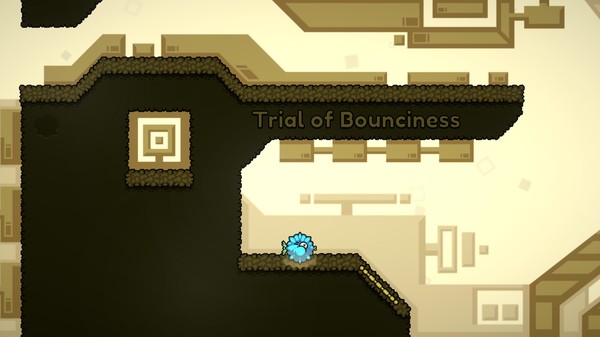 Because of this, you theoretically have unlimited attempts to get to that toilet bowl in most levels, unless you get stuck – though of course you’re going to want to try and finish each level in as few attempts as possible. You want that ‘bowl in one’, we assume – and you get rewarded pearls for finishing within a predetermined number of tries as well.

Gameplay-wise, Blow & Fly is very similar to games like Midnight Deluxe and Birthday of Midnight, so if you enjoyed those then you’ll definitely have a good time with this one as well. It’s short though, so you’ll likely complete all of its levels within an hour or two – grabbing a full set of trophies along the way. It has a budget price point to match though, and we had fun getting through this casual physics puzzler with pleasant visuals and ditto music.