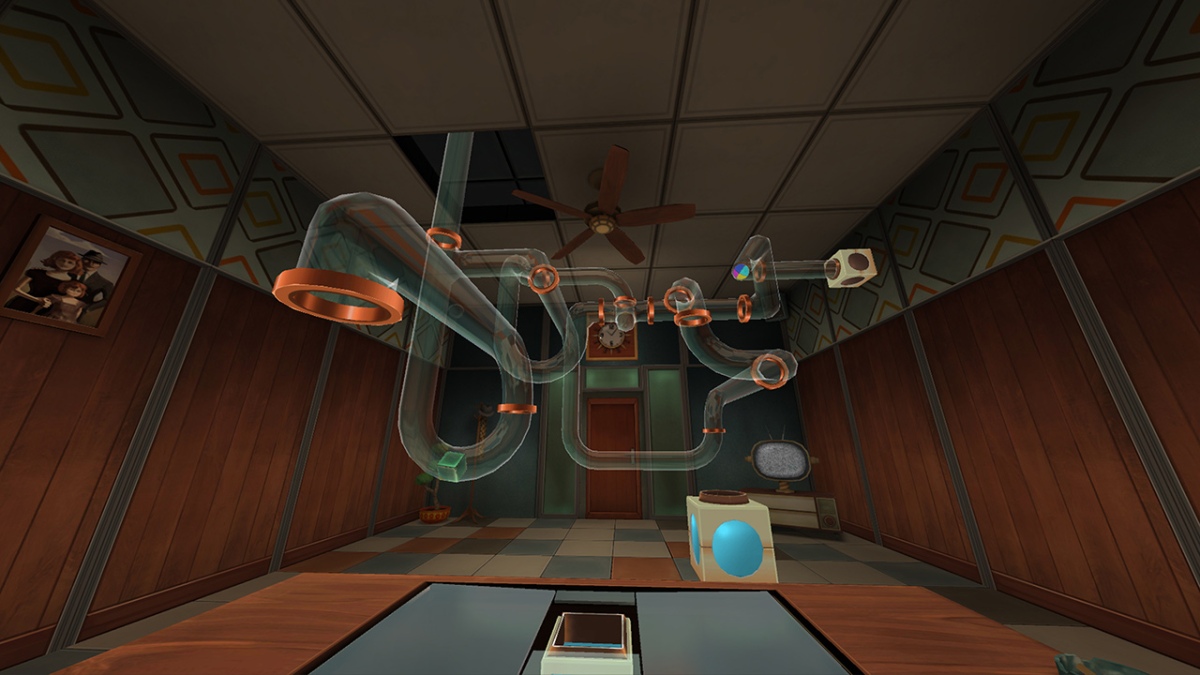 The team at Coatsink has just brought Esper to the Playstation VR platform, which made me feel a little nostalgic. Read on to find out why in our review.

A few years ago, Esper was one of my very first VR experiences – back when VR was a case of rare development kits and not a retail product in sight. I tried out combat flight sim War Thunder in VR that same day but despite the overwhelming experience of in-cockpit flying I still fondly remember Esper. Never having invested in an Oculus platform, I was therefore excited to see that it has now finally made it to Playstation as well.

It’s also funny to see how Esper has inspired a variety of other VR titles like Statik, Headmaster and I Expect You To Die, but more on that later. At its core, Esper is a puzzle game where you stay stationary and solve a myriad of puzzles/experiments through your telekinetic powers. These powers are being tested in the game’s campaign, which features a casual narrative to help string together the assorted puzzles you have to solve.

You stay stationary for the course of the adventure (after all, with your telekinetic powers, why would you move?) but the environment around you changes as walls slide and new puzzles are presented to you. Your “test supervisor” isn’t visible, but is presented through voiceovers that reminded me of the kind of sarcasm and wit found in other VR games like Headmaster and Statik. They definitely add personality to the game, which would otherwise feel like a fairly random collection of (often physics-based) puzzles.

As a small indie VR title, Esper has aged wonderfully well. Previously released on mobile (Gear VR) as well, the game features simple enough graphics that the Playstation VR headset can handle easily while delivering very crisp visuals. The puzzles themselves are timeless, and Esper’s strength lies in the fact that they’re so diverse – the game doesn’t rely on a single gameplay dynamic and has you figuring stuff out as you go. Having said that, the campaign is pretty much over after about two hours if you don’t get horribly stuck on a single puzzle, so the game’s length definitely represents a budget title.

The control scheme in Esper is a combination of head movement (you’re trying to direct objects with your mind, after all) and traditional controls. This can feel a bit unnatural with a gamepad (which I remember being somewhat awkward back in that 2015/2016 demo I had) but things feel much more fluid when using Move controllers instead. They can feel a tad imprecise at times, but since Esper generally doesn’t time you this never becomes an issue.

So even though Esper is an example of an early VR title, it’s definitely a game worth adding to your collection. It’s a solid and fun little puzzler, and you’ll certainly enjoy it if you were interested in games like Statik and I Expect You To Die. Esper is a bit more of a traditional physics puzzler than those two, so if you’re fond of logic-based games then you’ll feel right at home here.