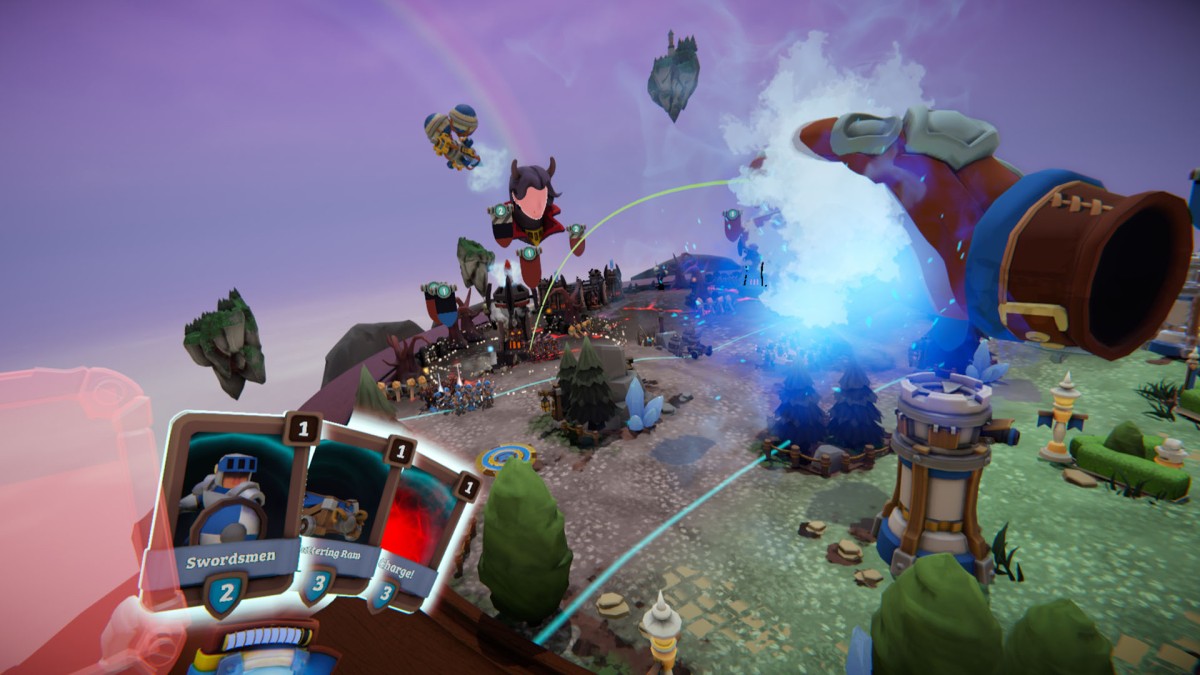 Making the switch to Playstation VR quite a while after its Vive/Rift debut, Skyworld is Vertigo Games’ second title for Sony’s VR platform. We were eager to go hands on with it – here’s our review.

Our main reason for looking forward to Skyworld is how much we enjoyed Vertigo’s debut Playstation VR title – Arizona Sunshine. One of the few standout titles that support the Playstation VR controller, it is a very mature VR first person shooter and possibly the best example of the genre after Farpoint and Doom VFR. Vertigo understanding VR also became clear when we played an early version of their location-based edition of the game last summer.

Skyworld is nothing like Arizona Sunshine, as it’s a VR adaptation of a traditional tabletop experience – in this case, a hybrid of real-time and turn-based strategy. Not surprisingly, it doesn’t support the Aim controller either – offering Move controls instead to manipulate your on-screen forces.

In Skyworld, the action takes place on top of small floating islands – a choice that works well with VR in mind, as you can simply rotate the round table you play on to get a better view of the area. It’s a clever design decision because you’re not forced to constantly navigate a large world map, but it does reduce the strategic complexity somewhat – making for a more tactical rather than strategic experience.

Thematically, Skyworld has fantasy elements – you’re a king who has to drive back the invading demon forces from your kingdom, one island at a time. There are bits of narrative elements here and there that expand on the setting with voiced characters, but don’t expect the audiovisual presentation to be anything like the classic live action narratives in the Command & Conquer universe.

Classic strategy tropes like resource gathering and base building play a role in Skyworld as well, as you can gather wood and food and construct a few basic buildings. More units gradually get unlocked as you progress, and having a stable economy in place is a key ingredient for success. This doesn’t just include resource gathering and base building, as you also need to tax your citizens in order to finance your army – and you might scare away workers if you tax them too heavily. 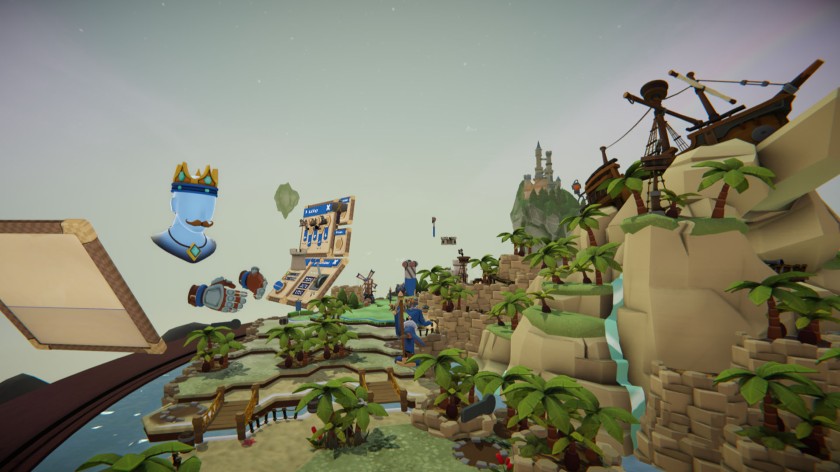 Generals play an important role in combat and in expanding your influence on the map, on which you can hold strategic points for an added advantage (reminding me of the Bitman Brothers game Z). And while the resource gathering and base building are all turn-based affairs, combat plays out in real time. When you encounter opposing forces, a battle ensues inside a small arena-like environment and a card battle element is introduced. Four cards represent unit types, which you can launch onto the battlefield at the cost of a certain amount of mana. You’ll experiment a bit at first, but once you find a good combination of cards (which can be upgraded as well) you’re likely going to be sticking with them for quite a while. Perhaps the AI’s too forgiving in this sense, or there’s just a lack of tactical diversity once you hit a certain point.

A nifty feature in Skyworld is the ability to tweak the game’s user interface a great deal. Instead of giving you a set way to navigate through menus and options, you can freely drag menus around to wherever they feel comfortable for you. Things were still a little cluttered for me, until I discovered I could also place menus above me – requiring me to look up slightly when using them but keeping my view of the game nice and clean. And on that topic, Skyworld is an attractive looking title as well – the game world especially looks lovely – though it also made me think that a game like Wartile would be great in VR. That’s a compliment to Skyworld, as it’s rare that a game visually conveys that “table top” feel so well.

I’ve really enjoyed playing Skyworld, as I also enjoyed strategy titles like Korix and Tethered on Playstation VR. None of those three seem to have nailed the sweet spot that other (mostly PC-based) titles have hit in the past though, so we’re still left waiting on that. Skyworld is fun to play, looks the part, but lacks the depth that strategy fans look for in their titles.