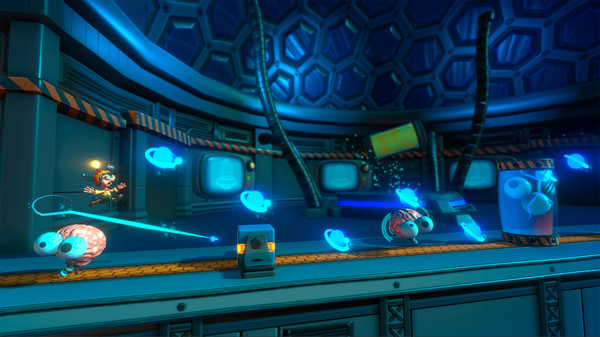 One of gaming’s least likely returning protagonists comes back for a sixth outing – we review Accolade’s Bubsy: Paws on Fire for the Playstation 4.

The original Bubsy games were released in the heyday of the 2D platformer, alongside the likes of Mario and Sonic’s 16-bit outings. Based on their success, we got lesser known titles like Aero the Acrobat, Chuck Rock, Robocod and Bubsy. I mostly remember Bubsy as a generic platformer starring a bobcat that didn’t take itself too seriously – with tons of puns (of the purrrrr-fect kind) included. Surprisingly (or is it?), that description is fairly accurate in this 2019 Bubsy title as well – though Paws on Fire is a very competent little runner. 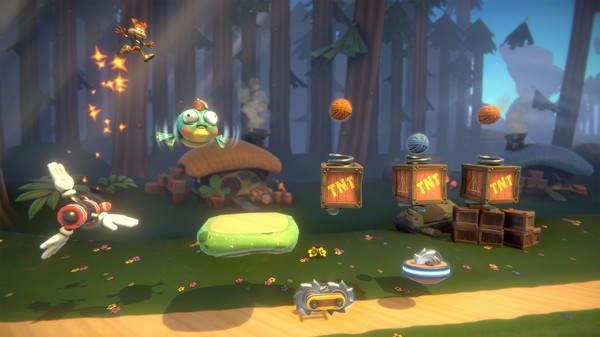 That alone is a pleasant surprise, as Bubsy’s big return in 2017’s The Woolies Strike Back was about as forgettable a platformer as they come. It didn’t come close to the likes of Rayman Origins, which is turning eight years old already this year. Accolade’s decision to take the series in a different direction is understandable, and it pays off. That probably has to do with another good decision – to hand development duties over to Choice Provisions, most famous for their successful Bit.Trip series and the Runner games that originated from there.

While a lot of runner-esque titles don’t amount to much more than a mobile title, Choice Provisions added quite a few gameplay aspects to Paws on Fire to make it a mature and fun game in the genre. One part of that is that you’re not just limited to playing with the titular bobcat – joining Bubsy are three other characters: Virgil, Woolie and Arnold. They all have their own unique playstyles too, which adds a lot of replay value to the game. While Bubsy still has his signature pounce move, playing with Virgil will see you make frequent use of a double-jump and the ability to slide under obstacles as well. Woolie and Arnold are even more different, with the ability to fly in a UFO or run alongside the walls of tunnels. 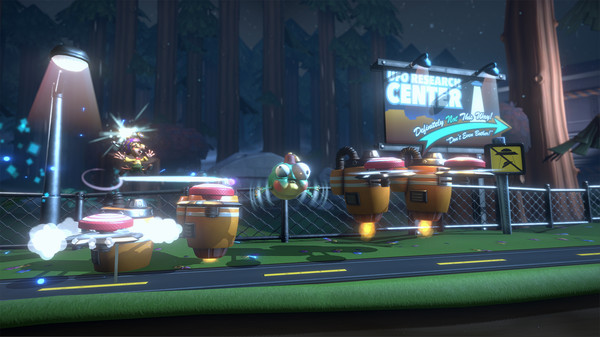 Playing with either Bubsy or Virgil is the closest thing to a traditional runner experience that Paws on Fire offers, and it’s where Choice Provisions most clearly demonstrates that they know what they’re doing. Levels are designed in such a way that you’re not just mindlessly hitting the jump button whenever an obstacle appears in front of you, but stringing together a sequence or carefully choreographed and timed jumps and pounces. Do well, and you’ll score great and pick up a few unlockables along the way as well.

Because of the developer’s track record and expertise, the running mechanics in Paws on Fire are rock solid – and the diversity with four different characters is very much appreciated, even though Arnold’s stages (which need to be unlocked) walk a thin line between challenging and frustrating. Bubsy’s latest outing could have been better with a little more visual polish, some more diversity in track elements and backdrop designs and perhaps a better reward system. Still, Paws on Fire is certainly better than Bubsy’s last game and features tons of silly pop culture-inspired puns in its level names – gotta love traditions.