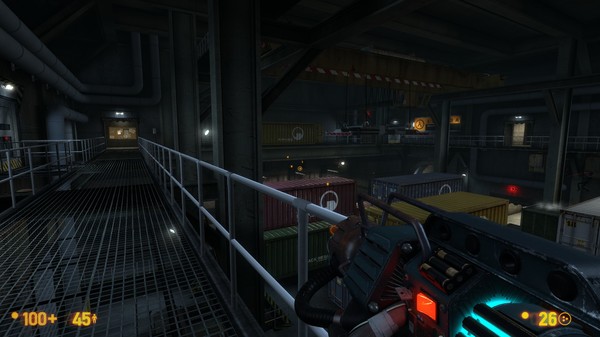 After a lengthy development process, Black Mesa has ended up becoming what it started out as: a loving take on Half-Life made by fans of what is one of the most influential first person shooters ever made.

Development on Black Mesa started well over ten years ago, and it’s been a project I’ve followed from a distance ever since. I had played Valve’s own Source port of the original Half-Life, but Black Mesa set out to completely remake Gordon Freeman’s first adventure. This meant vastly updated visuals, subtle and not-so-subtle redesigns of portions of the game.

During development, the project transitioned from a mod (that I believe required access to Valve’s own Half-Life 2 release) to a full fledged commercial release – though one that is still offered at a budget price point. Now that it’s finished, it’s a great trip down memory lane for fans of the original game who want to view the events of Black Mesa through different glasses as well as a way for newcomers to experience this classic for the first time. 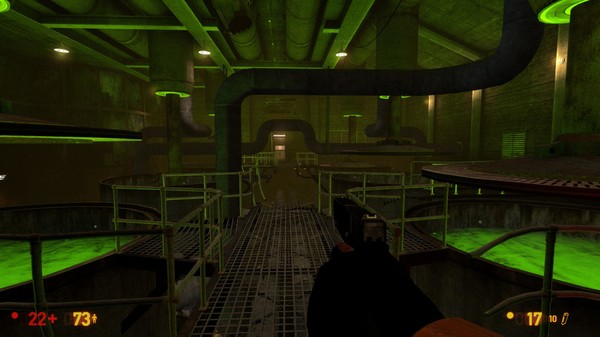 However, go into this expecting a shooter that looks like DOOM Eternal or Call of Duty: Modern Warfare and you’re likely to end up feeling disappointed. Black Mesa does update the visuals of the 1998 Half-Life substantially, but looks dated by the standards of today’s AAA shooter. A fair comparison would be to think of Half-Life 2 in terms of what you can expect here.

Let’s face it though, most people heading into Black Mesa don’t do so because of the graphics, they do so to experience Gordon Freeman’s first foray in the world of videogames – a nostalgia-fueled trip to a research facility where everything goes wrong and a portal to another dimension causes the facility to be overrun by aliens.

And while many of the iconic scenes survive intact (including the tram ride at the start and the giant tentacles you run into), they’ve all received extra polish or tweaks to enhance the experience. The biggest changes don’t appear until the later chapters of the game, when you travel to the Xen dimension and find that the alien homeworld has gotten a complete makeover.

This new look and feel doesn’t just limit itself to how things look, but also to how this portion of the game now plays. What originally felt like a bit of an underdeveloped piece of the game is now a chapter that fits comfortably with the rest of the game. The platforming’s improved, the world of Xen feels more vibrant and alive, and it’s also richer in terms of the story it has to tell us. I remember when Black Mesa was available without the Xen levels years ago, and now it’s easy to understand why it took them this long to realize what they set out to do with it.

As fan-made recreations/re-imaginings go, this is a must-have example. I fully realize that a lot of fan-made projects are free and Black Mesa isn’t, but it’s a look at Half-Life that every fan of the franchise should check out.