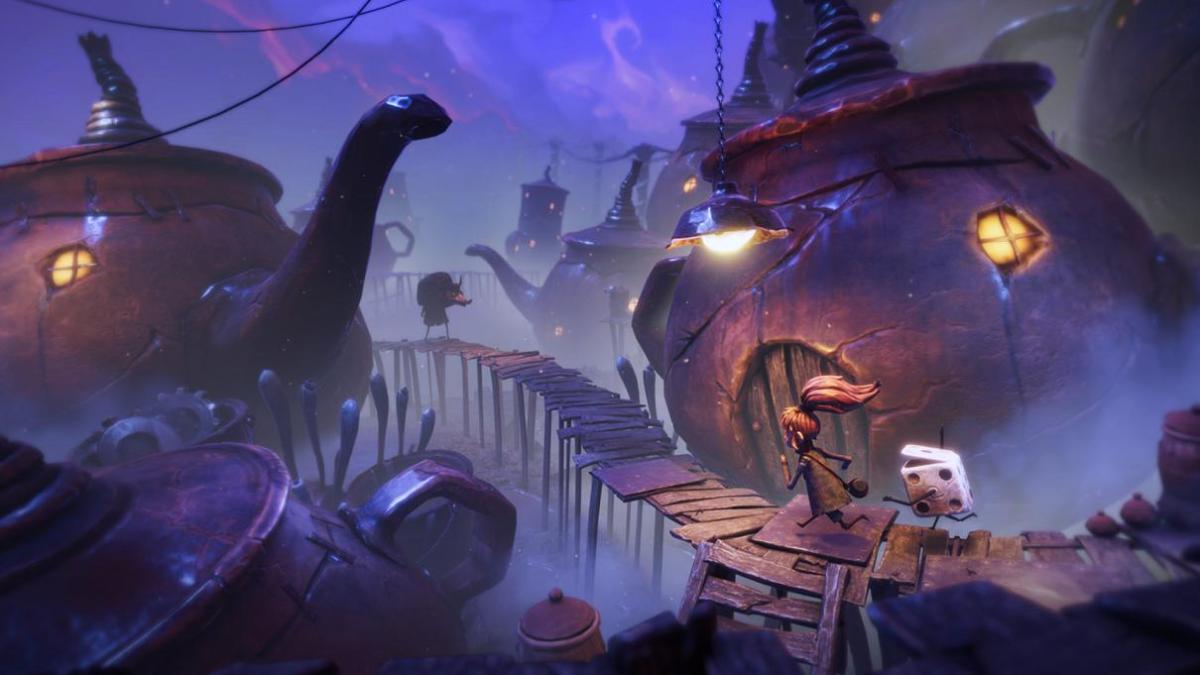 We had been very much looking forward to EA’s Lost in Random, which was just released for Xbox One, PlayStation 4, PC and Nintendo Switch. Read on to find out how we think it turned out.

Part of the EA Originals label, the reason we had Lost in Random in our sights was the development team behind it. Coming from the team at Zoink (now part of Thunderful), this is a game from the team behind games like Stick It To The Man, Zombie Vikings and Flipping Death. They’ve developed other games (like Fe) as well, but those three have such a unique look and feel to them that it’s a style you can’t find anywhere else – and it’s back for Lost in Random!

Despite a similarity in style, Zoink’s games always feel different from one another, and it’s no different for this one. You play as a young girl called Even, who lives in a world called Random. When your sister Odd is taken by the Queen on her twelfth birthday, it breaks Even’s heart – though others seem strangely unfazed. A while later, a chance encounter with a mysterious figure draws Even in, and sets her off on a grand adventure to reunite with her sister.

It’s a fairytale-like premise, and the visual style fits that in a “Nightmare Before Christmas” kind of way to make for some great audiovisual storytelling. The core gameplay mechanic is even more unique than that though, as it revolves (the character names were a clue here) about numbers and rolls of the dice – or rather your new friend Dicey. Dice have magical powers in the kingdom of Random, but in order to open doors you’ll need to help Dicey find his spots so he can roll the appropriate numbers for you.

Deck building and card battling factor into this, so if you’re not familiar with those gameplay mechanics there’s a learning curve here that’s a bit steeper than the one in other Zoink games. When you throw Dicey, you earn card tokens, and these determine which cards you can play in that turn. There’s a really impressive amount of possible cards to add to your deck and their effects are as diverse as they are fantastic to see in action – I still feel like I’ve only scratched the surface during my playthrough when it comes to the number of ways in which a battle can unfold. The luck of the roll is a factor and some people won’t like that, but it’s being used in such a creative way here that’s also easy to forgive.

In addition to combat, dice rolls are also used in board game scenarios where you use Dicey to move characters around a board and use your cards to affect your characters and the bad guy characters that are chasing you. It’s probably the most fun I’ve ever had with a digital recreation of something akin to Snakes & Ladders, which I never thought was going to make much sense in a single player videogame setting. You’ll also encounter the occasional puzzle, ensuring that Lost in Random’s campaign has plenty of diversity. 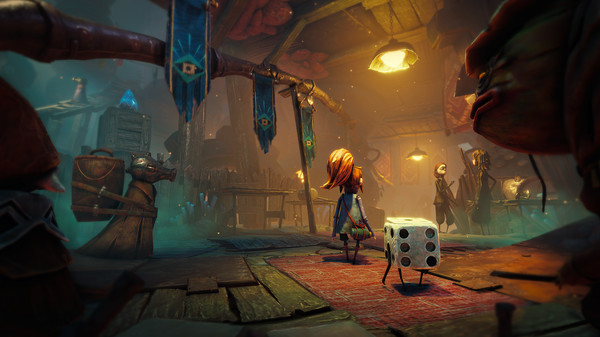 Exploration is encouraged through side quests and more cards that you can collect from characters that aren’t tied to the main storyline, and part of what makes exploring fun is how beautifully done the game world is – fully realized in 3D, it’s extremely welcoming to players who enjoy searching every little corner of the game world for things they might have missed otherwise. You’ll also notice a change in visuals as you travel between different realms in Random, reigniting that sense of wonder and wanting to explore and discover.

Perhaps it’s the switch to 3D, but Even’s not great when it comes to traversal – platforming and climbing feels rather clunky, and she’s not super agile when running around either. These things can break the flow of the game a little, although never to the point of hurting the experience. There are times when you wish backtracking was a little faster and smoother, but as you as you didn’t get into Lost in Random expecting a typical action platformer you’ll be fine.

This game has Zoink’s brand of producing original videogame content all over it, and it translates both to the visual style and the gameplay. If you’ve never been drawn into card/deckbuilding games, this one may be the one to do it.