We’re looking at three games that were recently brought back – here are Pocky & Rocky Reshrined, REDO! and Deliver Us The Moon, which all received new PlayStation releases in the past week.

ININ Games have been at the forefront of bringing back classics from the past for a while now, and their latest title is Pocky & Rocky Reshrined, bringing back and polishing up a classic SNES title (that originated in the arcades) to modern consoles like the PlayStation 4 and Nintendo Switch. You can also pick up several physical editions for the game (on both platforms) though here, some of which include cool extras like a Rocky plushie!

The original Pocky & Rocky was certainly a bit of a niche title at the time, so it’s nice to see games like that also getting another chance to shine. Within the scrolling shooter genre, games like Ikari Warriors are perhaps more well-known, but we had an absolute blast with this Reshrined version, which isn’t just a straight up port but adds several new features. Character animations are a good example of this, as they’ve been heavily improved, giving us a rare modern take on this too-often-forgotten genre that first become popular in arcades in the mid-eighties.

Even though the game retains a 16-bit look and feel, the visuals are more detailed and colorful than they ever were, with a soundtrack that is as colorful and cheerful as what you’re seeing on screen. I was also surprised to see that the core gameplay had been expanded upon, making use of today’s plethora of buttons on a gamepad by giving you more actions to perform. No matter which of the five characters you pick, you can do more than just shoot at enemies in all eight directions – the norm back in the day. Now, you can also dodge out of the way of danger, melee attack or launch an extra powerful special attack across eight well designed stages.

But while the stages all look and play great, the fact that there are eight stages makes Pocky & Rocky Reshrined not much longer than a classic arcade game – with a playthrough barely lasting more than an hour. And while you’ll run into some (frustrating) traps and suddenly appearing enemies on your first playthrough, you’ll probably be even faster on a second or third one. Then, you’ll know what to avoid and where to grab power-ups, which will come in handy during boss fights. 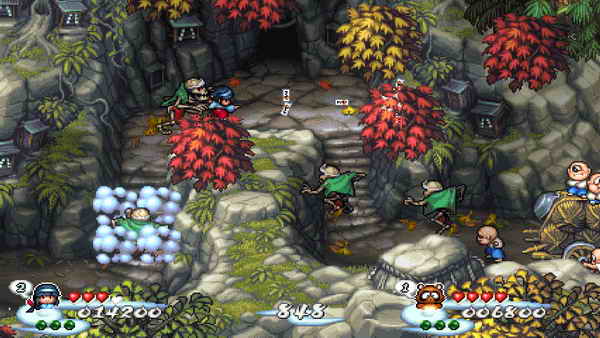 Pocky & Rocky Reshrined may be low on content, but it’s an expertly crafted modern take on a classic formula that’s a blast to play through. The short runtime even works in its favor here, as it’s a lot of fun to go for another playthrough with a friend in co-op after completing the campaign for the first time. If you fondly remember this genre, you can’t go wrong here.

Solo developer Robson Paiva launched REDO! back in 2019, but it’s now been brought to consoles thanks to Top Hat Studios. And although the title made us think this was going to be a time-manipulating puzzle game, it’s actually a nice little metroidvania in a post-apocalyptic setting. It’s available on all major consoles, and we played the PlayStation 4 version.

In REDO!, you play through a “last person on earth” setting as a young girl, on a quest to find another survivor after receiving a mysterious message from an unknown source. This message starts you off on a journey across a world in which strange fusions of machines and creatures roam and stand in your way, and once you get past a simple tutorial you’re on your way. The storytelling and world-building are both done well, and are some of the top reasons we liked the game.

Besides your basic controls – attacking, jumping and rolling, you can pick up and use weapons, and later on your can upgrade through passive boosts you gain by picking up equipment. The controls can feel a bit clunky at first though, as you can’t do things simultaneously – like jump and attack. Over time you’ll adjust your mindset to this, but it does mean that control issues will break the immersion during the early game.

Once you get comfortable, the combat is actually very nice, with an interesting variety to the enemies and impressive boss fights, with Lovecraft-esque designs. There’s an otherworldly quality to this post-apocalyptic environment, which was lovingly crafted with a retro-inspired pixel design. There’s some good combat design at work too, as you’ll need to mix and match your (newly acquired) weapons and abilities to get past what previously seemed like an impossible wall.

What’s slightly frustrating about REDO! is the lack of the modern convenience of having an in-game map to help guide you through the game. As a metroidvania there’s a fair share of backtracking required of you, and getting lost for a while is never fun, even if the game itself is only about five hours long. It doesn’t stop it from being an enjoyable little indie metroidvania though, even within a saturated market – an impressive effort from a solo dev.

Deliver Us The Moon review (PS5)

We originally reviewed Deliver Us The Moon way back in 2019 when it launched on PC after a rocky development cycle, so it’s great to see its developers still being passionate about the game three years later. They’re working on a follow-up that we should see in a few months, but have also launched a brand new ‘next/current gen’ version of the game – which owners of the previously released PS4/Xbox One version get for free. 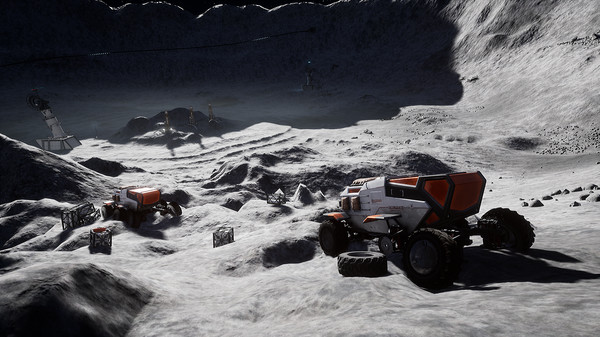 What’s nice for us, diving back into the game three year later, is to see the additional polish that was applied post-release. You can boost the resolution all the way up to 4K, although if you want a steady 60 frames per second frame rate (instead of 30) then you’ll want to go for the performance mode, which renders at 1440p. What’s even more interesting, however, is that they’ve implemented many of the popular graphics trends of the last few years, so you can expect to see shadows that are being applied in real-time thanks to ray-tracing tech.

What’s also a nice bonus is the DualSense support that was implemented for this version, which adds an additional layer of immersion to a game that was already rich in it. The new triggers feel much more like you’re interacting with the world, and heaving audio logs play back through the controller speaker is a cool touch as well. KeokeN Interactive is leaving Deliver Us The Moon behind in the best shape it could have been in with this new version, and we can’t wait to see their next project in action.