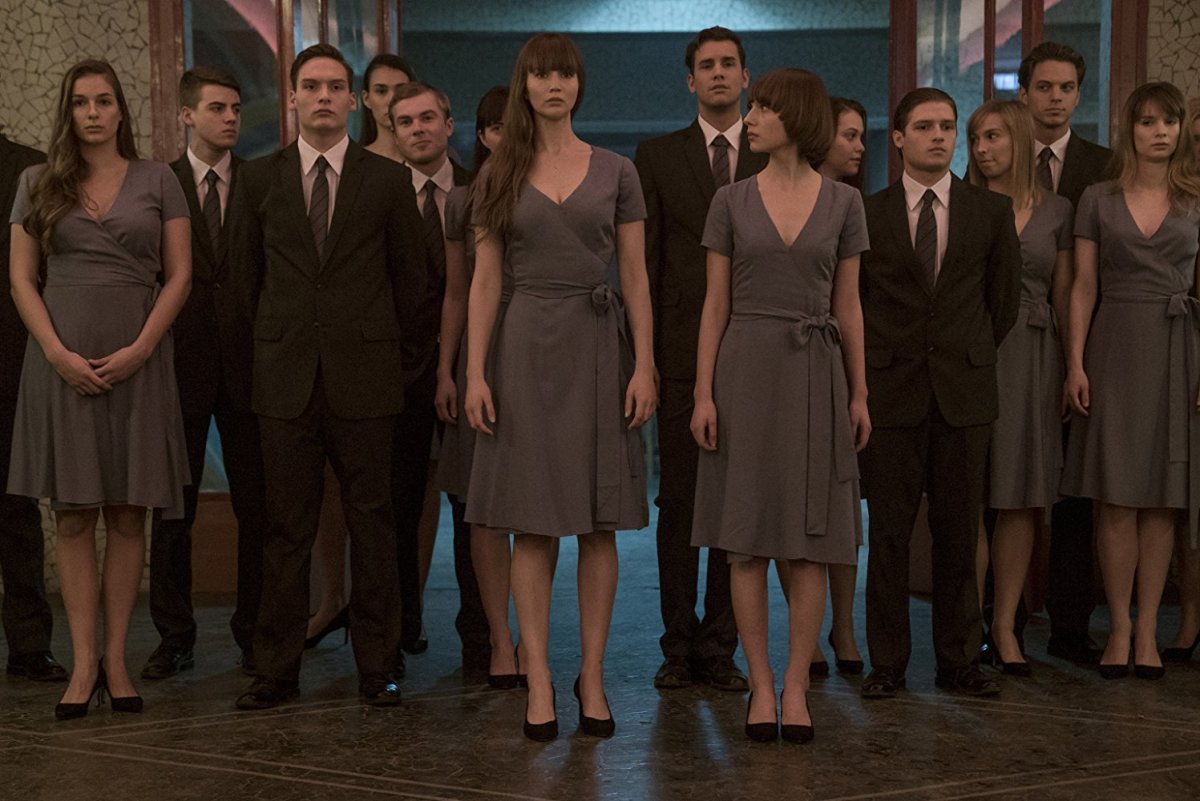 The Jennifer Lawrence and Joel Edgerton-headlined Red Sparrow gives us a new perspective on the traditional “east versus west” spy thriller, but is surprisingly low on intrigue and surprises.

At the start of Red Sparrow, we meet Jennifer Lawrence’s character Dominika Egorova in a flashback to a recent past in which she was still a celebrated dancer in the Bolshoi Ballet. Getting ready to shine on stage, she meets with government dignitaries in a moment that foreshadows what is to come. The catalyst for all this is a disastrous accident where she breaks her leg through her partner’s fault – something which later turns out wasn’t quite the accident it initially is made out to be.

Dominika’s housing arrangements, as well as the medical attention her mother needs, were all tied to her role the state ballet – which is why her uncle steps in. He’s a high ranking member of the Russian intelligence services, and sees the potential in her that’s required of Red Sparrows – young and attractive agents who use their charm, wit and the powers of seduction to bend their targets to their will. It sounds rather one-dimensional that way, and for most of the movie it actually is – “school” involves stripping down at a moment’s notice, providing oral pleasure and lessons in where to touch people.

To ensure that Dominika’s character feels more well-rounded than that, we see her go against the teachings of the “Matron” at what she calls “whore school”. We also see her physically act out vengeance when she finds out who she was betrayed by, being tortured and raped, and we see her generally only being on board with the state’s agenda to make sure her mother is kept safe and taken care of.

On a larger scale, there is a Russia vs America conflict that involves Joel Edgerton as a CIA agent who’s at risk for giving up his secret informant – and the Russian intelligence agency doing what they can to flush the mole out. This is where, predictably, the stories intersect – despite the Matron’s opinion that Dominika is probably one of the worst students in the school, her uncle makes sure it becomes her mission to get close to Edgerton’s Nate Nash and find out who the mole is.

It doesn’t take Edgerton’s character more than two minutes to expose Dominika’s status as a Russian agent, which leads me to a lingering issue throughout the movie. In most of these secret service, spy thriller, east versus west scenarios, a lot of the entertainment and intrigue comes from the big “is he/she or not?”, “does he/she know?” and “will he/she do this?” questions. In Red Sparrow, nearly all characters are perfectly happy to be painted in black and white – with the plot twist at the end visible from miles away.

Luckily, Jeremy Irons’ character doesn’t fall into this category, and he’s joined by others who put in good performances as well. This even applies to both Jennifer Lawrence and Joel Edgerton, though the scenes they have together are probably among their weakest due to a lack of chemistry. I also enjoyed Charlotte Rampling’s performance as the Matron as well as her clashes with Dominika – I would have enjoyed exploring her character in more depth.

As such, Red Sparrow is much lower in thrills and suspense than I had anticipated, considering the subject matter and potential. As a result, I also thought it went on for a little too long, with a running time of almost two and a half hours. It’s an interesting take on the concept of spies and power of seduction, but never quite managed to captivate and surprise.