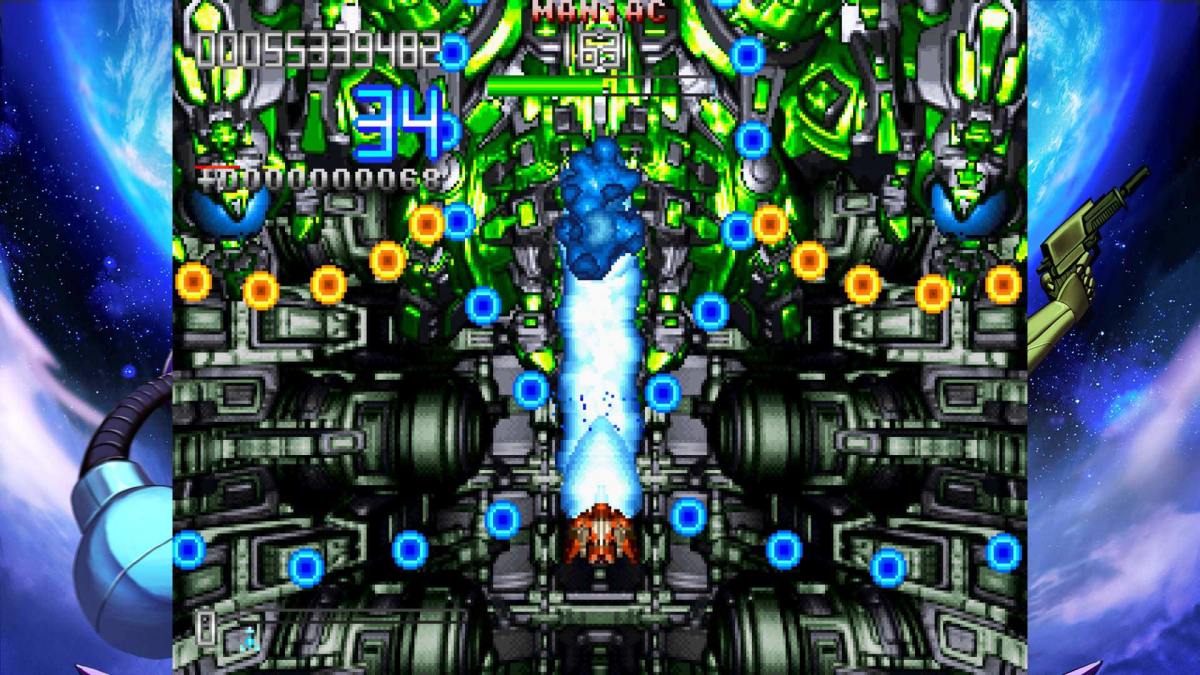 A brand new cross-buy title for the Playstation Vita and Playstation 4, Fast Striker is a classic arcade shooter from NGDEV that’s being published by Eastasiasoft. We playtested the handheld version of the game for this review.

In this day and age, it’s surprising to see a fresh name pop up on the schedule of Vita game releases – although NGDEV has been at it for a while, and they’ve previously released Fast Striker on other consoles as well. As an extra special treat for the collectors among you, Fast Striker is also getting a limited physical release on the Vita.

Originally developed for the Neo Geo arcade/console, Fast Striker is an impressive looking shooter when you consider that the game was designed to run on circa 1990 hardware. Sure, it was hardware that was (financially) out of reach for pretty much every gamer at the time, but it’s nice to see such a small developer showcase how impressive the tech really was. The Neo Geo had some excellent games and shooters, but I can’t remember any other vertical scrollers with a sci-fi theme.

The fact that Fast Striker was developed a few years after most of the mainstream Neo Geo titles can be seen in the influences in its game design, which takes cues from the likes of Ikaruga and the bullet hell shooter genre. Sitting somewhere in between the classic vertical scrolling arcade shooter and the bullet hell shooter, Fast Striker was a pleasant line between feeling like you’re in control and being overwhelmed – though it veers towards the latter when you select the harder difficulty modes.

In addition to a standard fire mode, you can also fire backwards and engage a shield – both of which you’ll need and are tricky to learn in the midst of hectic combat. The game explains the controls in quite some detail prior to starting, but I still wish there was a hands-on tutorial since striving for a high score really relies on these mechanics and there’s a steep learning curve in the game.

There are only six stages, which isn’t surprising for an arcade shooter, but there’s plenty of challenge. I didn’t even make it to the end on my initial attempt on easy mode, and doubt I’ll ever get good enough for the hardest modes – let alone master the intricate scoring mechanics that even include secrets (most of which I still don’t know how to get). 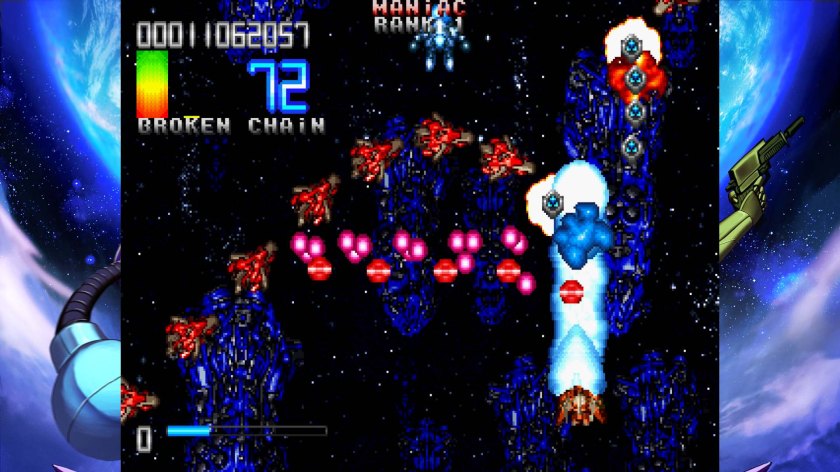 You can engage an auto-fire mode by holding down the fire button, but this also results in a change in your bullet spread. While you fire a powerful and concentrated laser beam when single pressing, it changes to a wider (and weaker) spread when auto-firing – making for a constant trade-off depending on the situation. In my case, I was using auto-fire when things got busy and switching to single fire for boss fights, but you might have more luck with a different style.

At the default settings, the game resorts to a playing view that covers less than 60 percent of the Vita’s screen with borders on both the top/bottom and sides. Luckily this can be stretched a bit in the menu so you have a better overview of the enemy and bullet formations, but I was surprised they went with the small windowed approach even if it represents the native rendering resolution for the game.

Fast Strike is an excellent classic arcade shooter for the Vita – a platform that, like the Neo Geo before it, doesn’t have too many of them. Well worth checking out, especially considering its budget price point.