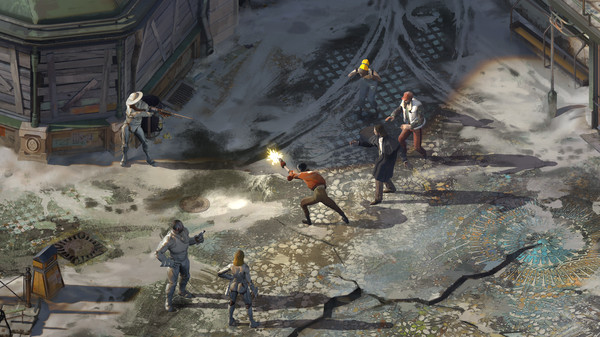 Ports of previously released games rarely get the attention they deserve, while there are plenty of them out there that are worth noting. We’re looking at four of them today – Disco Elysium, Outbuddies DX, Samurai Shodown and Star Renegades.

To merely call Disco Elysium’s new console release a port wouldn’t quite do it justice, as the Final Cut version of the game is everything about one of 2019’s best games and a whole lot more. Its release also marks the moment that existing owners of the game receive a free update to the Final Cut, so everything that console players are getting is also available on the PC.

We absolutely loved Disco Elysium in our original review, and ZA/UM’s brilliant breakout debut was frequently mentioned in game of the year discussions after its release. The Final Cut brings that experience to consoles in full (with PlayStation 4/5 versions out now and Xbox and Switch editions coming later), adding full controller support in the process. For a game that I originally played on a PC with a mouse, the transition is rather seamless and navigating the game world and its many conversations and characters is as smooth an experience as it was the first time around. 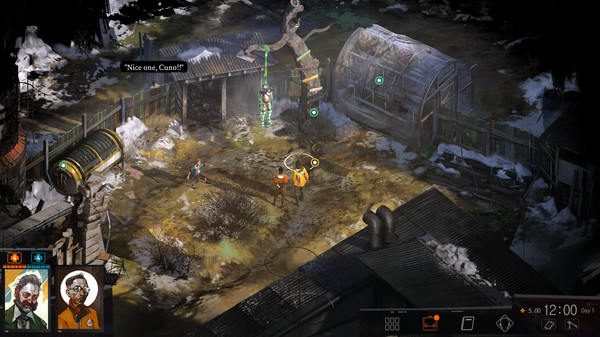 The experience actually got better as well, thanks to the biggest change made to the game. No, I’m not referring to technical features that are exclusive to the PlayStation 5 edition of the game, I’m referring to the inclusion of an almost dazzling amount of voiceover work, bringing the entire city even more to life than before. Every single line for every single character is voiced now, and if you remember the impactful choices that you can make – as we pointed out in our original review – that’s impressive just by sheer numbers alone.

The voiceover work is also very well done, complementing what is one of the most memorable narratives ever done in a videogame context. Additional missions, locations and characters flesh out this narrative even more this time around, so even if you’ve already completed the game there is a lot here to surprise you on a second or third run. Game awards usually don’t count ports as contenders for “game of the year”, but every PlayStation owner should pick this up in 2021 – there is no doubt in our minds that this is going to be one of 2021’s best.

When we first encountered Outbuddies, it was still in development and was a PC exclusive title. That was in the summer of 2019, after which the game launched in October. Now, almost two years later, the game was rebranded as Outbuddies DX, is available on all major consoles (the Xbox and Switch versions were released last year) and is a different game than it was back in 2019. 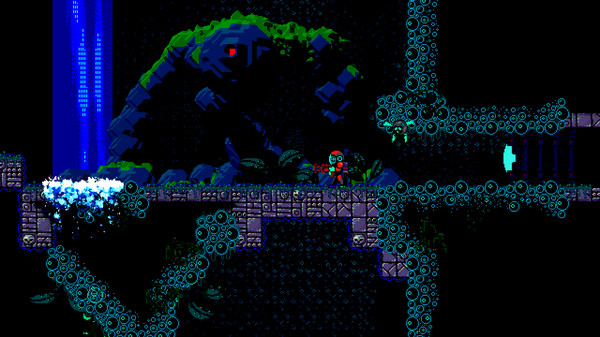 At its core, Outbuddies DX is still the same Metroid-like sci-fi adventure it was back then – taking place inside a sunken city in the South Atlantic Ocean. You awake far below the water surface after a shipwreck situation, and need to explore in order to find out what’s happening in the city of Bahlam and how it related to the Old Gods. A robot assistant called Buddy can help you by using his unique abilities – and as with any Metroid-like your abilities evolve over time.

Visually, Outbuddies DX is reminiscent of the classic era of indie programming for the Spectrum ZX and PCs running MS-DOS in the mid-to-late eighties, which stands out because it’s distinctly different from the usual ‘retro’ look that echoes the 8-bit NES visuals. It’s often less colorful, which is a great fit for the Lovecraft-inspired setting that Outbuddies uses, and even though the visuals have been given an slight overhaul since the original PC (now featuring a bit more detail) they still evoke that unique home computer feel of the time. 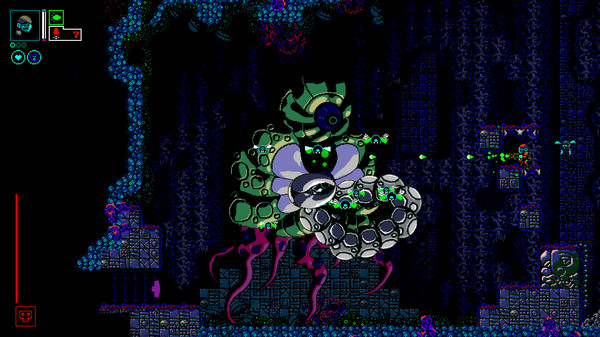 A special mention should also go out to the game’s soundtrack, which is amazing and transcends what was the norm back in the Spectrum/MS-DOS days and holds up to some of the best stuff out there for 16-bit machines like the Atari ST and Amiga. Based on what’s happening on screen, the music dynamically changes, always striking the right chord in what has clearly been a passion project for developer Julian Laufer. Now that it’s out on PlayStation in its final form, it’s clear that all the hard work was worth it.

Another game that originally saw the light of day in 2019 was SNK’s reboot of the Samurai Shodown franchise. A successful one in a crowded arena of fighters that includes Street Fighter, Tekken, Mortal Kombat, Injustice and SoulCalibur, where it’s hard to break into a lineup of established franchises – even if you’re rebooting a classic.

Samurai Shodown was well-received when it launched on the Xbox One and PlayStation 4, and was later converted to the Nintendo Switch – which is the version we ended up reviewing last year. While it was great to have a solid fighter on the Switch, on which the genre is underrepresented, the port suffered from performance issues – especially in handheld mode. Now, the game is making the leap to “next gen” on Microsoft’s Xbox platform, in a version for the Xbox Series X/S that’s free for everyone with the Xbox One version as well. 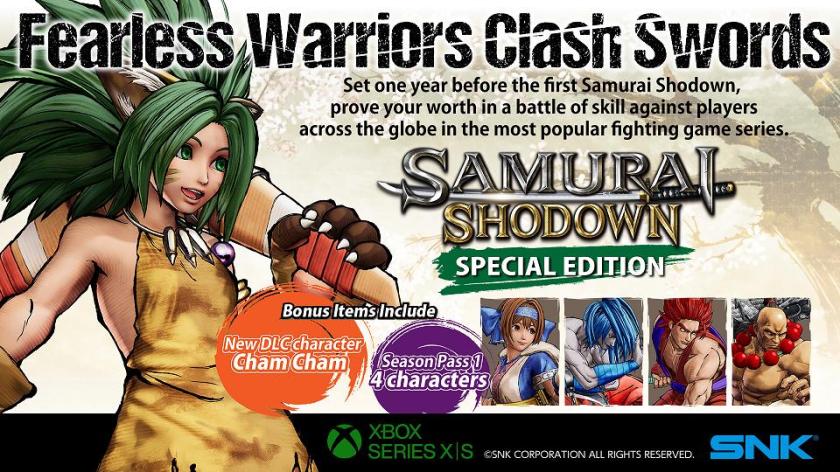 Headlining the new port is a staggering 120 frames per second framerate – pushing the game firmly into next gen territory. And, coming from the Switch version and not having played the original Xbox One or PlayStation 4 release, it’s a giant leap forward. Not noticing any visible stutter is one thing, but with framerates like this the actual gameplay experience feels more responsive than anything else we’ve played in the genre. As a result, we wouldn’t be surprised if Samurai Shodown will grow to be increasingly popular in the competitive gaming scene as well.

SNK also has a special treat for those buying the newly released physical version of Samurai Shodown – dubbed the Samurai Shodown Special Edition. Buying the game on disc, which retails for the same price as the digital equivalent, also gets players access to the first season pass of the game, which includes four additional characters. 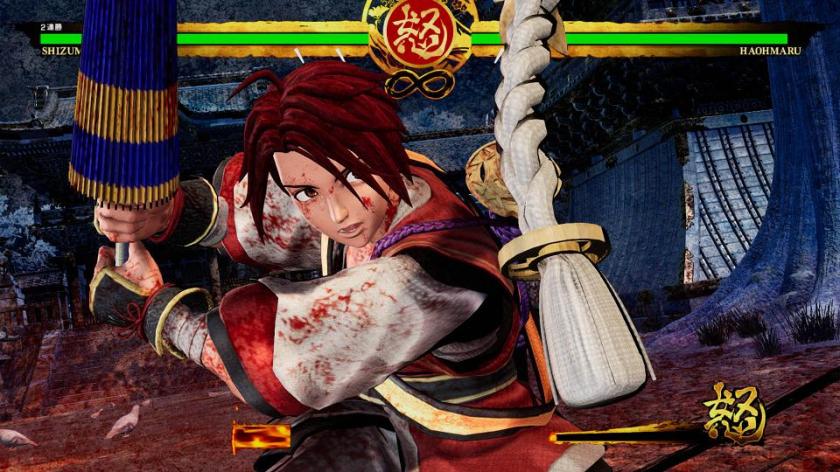 If you’re coming from one of the previous versions of the game, then the new Xbox Series X/S version is – after Mortal Kombat 11 – another solid reminder of what next gen can mean for a genre that relies on quick reactions and flowing gameplay.

Star Renegades is out on PlayStation 4

We initially reviewed Star Renegades when it launched on Steam, but Massive Damage’s turn-based sci-fi adventure with rogue-lite influences is now also available for PlayStation 4 owners, as well as PS5 players through backwards compatibility.

Our original review should give you a pretty good idea of what you’re getting in the console version, where the gorgeous pixel art really pops on the big screen. The newly launched PS4 version isn’t identical in terms of content though – it features additional post-launch content that includes the brand new The Imperium Strikes Back pack. Yes, we too wonder where that name came from. 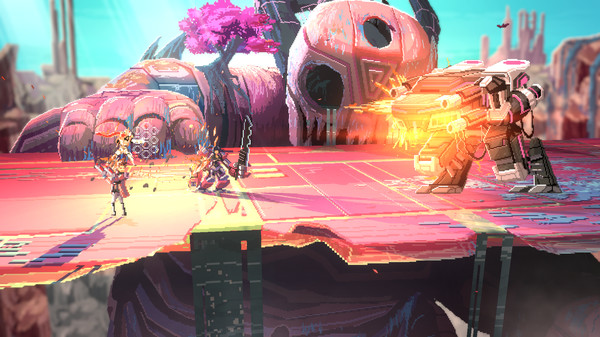 Anyway, for free content (Raw Fury also previously released Total Lunarcy and Enter the Dragoon as free updates) this is an impressive package. Imperium includes a brand new planet to explore, new enemies and even some daunting behemoths. And to reassure PC players – yes, they too receive all of this post-launch content.

Star Renegades was already well worth it at launch and the new PlayStation 4 version just adds more content to it, making it a better value package than it already was. 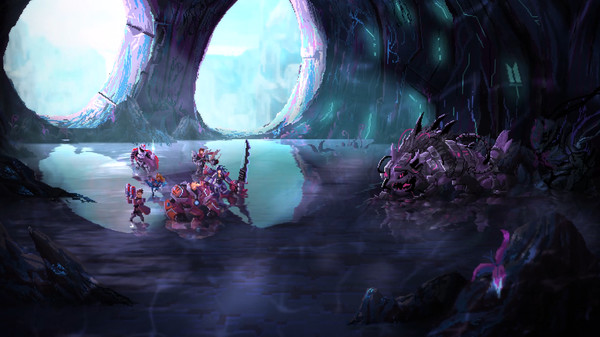