We reviewed Venom’s new charging solutions for PlayStation and Xbox at the end of the last year, and now they’ve updated their range with a blue charging dock that’s compatible with Xbox One and the new Xbox Series S/X – a great fit if you weren’t happy with the standard white or black controllers and picked up a blue one. You can see the new dock above, and read on to see our original thoughts on the range (originally posted in December).

Today we take a look a Venom’s new range of charging solutions for the next generation of videogame consoles, which caters to both Xbox Series X/S and PlayStation 5 users. Here are our thoughts.

If you’ve managed to snag one of the new consoles this holiday season, chances are that you’ve found out that none of your old charging solutions work for it, so you’re either connecting your gamepads to the console regularly or just playing in wired mode. There are plenty of docking solutions for the PlayStation 4/Xbox One era, but new form factors and functionality means that you’ll need new solutions. Fortunately, these – unlike the consoles themselves – don’t have to break the bank.

Both the new Xbox controllers and the new DualSense gamepads feature USB-C ports, which is why connecting to a legacy solution won’t work even if you somehow get the gamepad to fit in the charger. This also means that your old USB cables won’t let you charge your new controller, but Venom has released a super useful Dual Play & Charge cable for both Xbox and PlayStation that only requires one USB port but splits to allow you to connect two controllers to the same cable. It’s 3 meters long and splits at the halfway point, so there’s plenty of room to keep distance as well.

Besides the cable solution, which makes sure your controller never runs out of power while playing, Venom also has a new charging solution in place both new consoles. And while the cable solution may even be interchangeable because they both use the USB-C standard, the charging stations are different. The Xbox solution used battery packs that you can insert in the controller’s battery slot (which ensure you’re no longer using and replacing AA batteries for it), but the PlayStation option charges the built-in battery of the DualSense controller.

Because the form factor for the DualSense is awkward for any kind of charging station, Venom supplies a dongle (or two, for the twin docking station) that connects to the controller. With this attached, playing the controller on the docking station becomes very easy, to the point where you can almost throw it onto the dock and it’ll slide into place.

A feature that’s on both charging solutions is the charge indicator that lets you know if your controller is fully charged and ready to jump back into battle, and both docks also have a passthrough USB port that allows you to connect another device to it, like a third (wired) controller or even that phone you’d like to keep charged. This is a regular USB-A port, so it’ll work with most devices/cables out there.

Both the cable and dock solutions from Venom are very handy accessories to grab for the new Xbox Series X/S and the PlayStation 5, and at their budget price they offer a nice bit of gaming comfort. 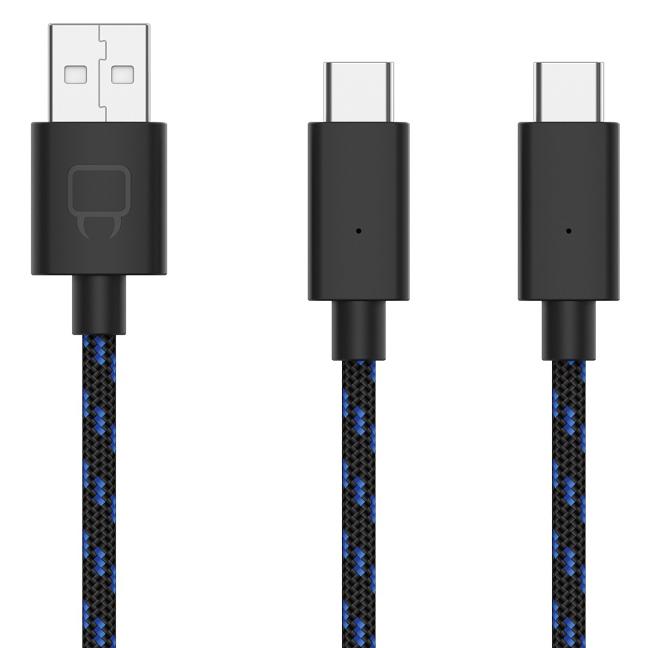