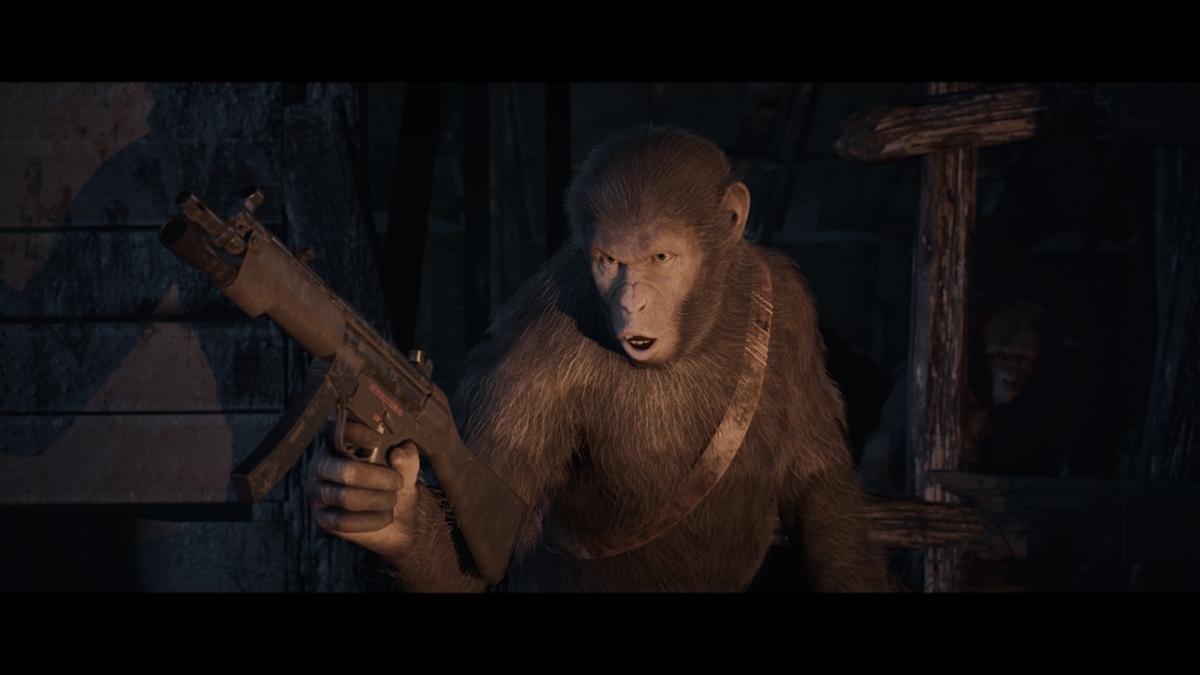 Planet of the Apes: Last Frontier walks the line between cinema and videogames, providing a piece of interactive fiction that’s sure to impress fans of the recent movies. It’s out for PS4 and comes with multiplayer PlayLink support, which we tested as well.

Although Planet of the Apes: Last Frontier is an action adventure in the true sense of the word, that’s more than a little misleading to gamers – who might expect something like Enslaved: Odyssey to the West or Heavenly Sword because of that description. After all, both titles had involvement from Andy Serkis, who is also tied to Last Frontier.

This isn’t a videogame in the more traditional sense though, and it’s an action adventure much in the same way that the recent movies are. Instead, fans of those movies are being treated to a separate storyline that fits in between the second and third movie in the recent series (Dawn and War). As such, a lot of the meaning and context will be lost on those with little or no interest in the movies, and I’d never recommend it to them either.

Instead, fans of the movies are in for a treat in terms of production values and storytelling, as Last Frontier features top notch animation to deliver a story about the tense situation between humans and apes. The story focuses on a group of apes that has split off from Caesar’s group as well as on the humans they collide with, and it’s a story that fits well within the movie trilogy’s setting – no matter how you play it.

The way the story unfolds isn’t through traditional gameplay, but rather a “choose your own adventure” dynamic where you’re presented with a dilemma and have to make your choice between the alternatives offered. Every choice leads to its own story branch, but in the end you’ll always end up with one of only three possible endings – making for a somewhat limited amount of replayability.

What’s a lot of fun is playing through this interactive movie of sorts using PlayLink and a couple of friends and/or family members. In this scenario, each “player” casts his/her vote for a course of action, and the option with the most votes wins. In the case of a tie-breaker, you can choose to play a joker card to push your preference through – but it’s a one time deal until other players have played theirs as well. This can make for some great social interactions and makes people feel way more invested in the story than when playing solo. 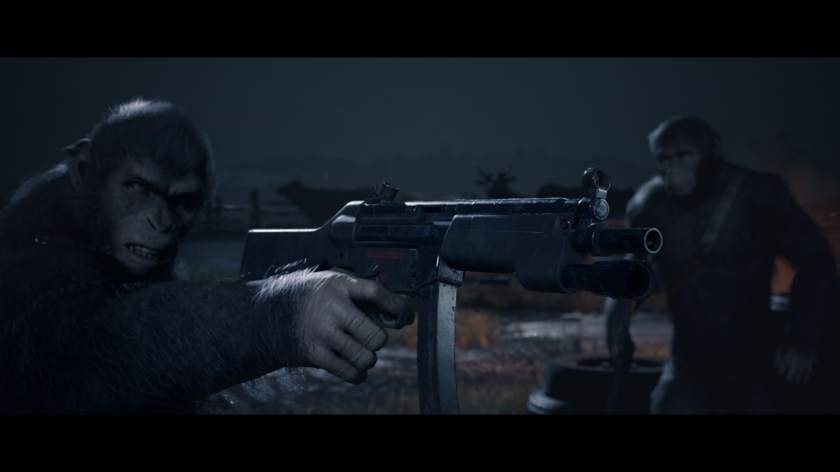 No matter how you play, or with how many you choose to start the adventure, it’s a pretty short ride – a bit like watching an actual movie, and not even a long one. I suppose that’s a good fit when you consider that people might not be able to get back to a game that was started with a group, but it does make you consider the value for money that’s on offer.

If you’re able to play with a group – and they don’t have to be gamers since PlayLink allows them to make all of these choices using their own smartphone – then this Planet of the Apes adaptation is a wonderful piece of interactive entertainment. It won’t even feel like a videogame to those who are actual gamers, but that shouldn’t detract from the amazing production values on offer. An interest in the current movie series is not required, but it does boost the level of enjoyment quite a bit – otherwise, it’s like watching the middle part of a trilogy without having seen the first one. Definitely not a great videogame, but an innovative example of digital entertainment and interactive storytelling that Apes-fans will enjoy sitting through – especially with likeminded friends.

One thought on “Planet of the Apes: Last Frontier review (PS4)”