Idea Factory’s Megadimension Neptunia VIIR was just released and takes the Neptunia series into the VR dimension by offering Playstation VR support. Although the VR aspects are optional, they were the initial focus of our review of this new PS4 title.

What characterizes the Megadimension Neptunia series, for me, is how much it helps to have a bit of background knowledge about the universe – something that’s equally true of the Cyberdimension and Hyperdimension spinoff games. There’s a lot of fan service in these games and I’ll readily admit I probably miss quite a few of the references to other games in the universe – as I know they’re there because of the ones I DO spot. Heck, I even misunderstood how to pronounce the game – it’s not VIIR as in VEE-R (pulling a Wii, so to speak), but rather V-two-R. Shows you what I know…

With much of the hype surrounding Megadimension Neptunia VIIR being about the new VR support that was implemented, I was surprised when IFI’s plans made it clear that the game wasn’t going to be fully playable in VR, but rather have select (cut)scenes that support it. In a way, it’s the videogame equivalent of “put on your 3D glasses now!” and “take off your 3D glasses now!” at the beginning and end of a few scenes. 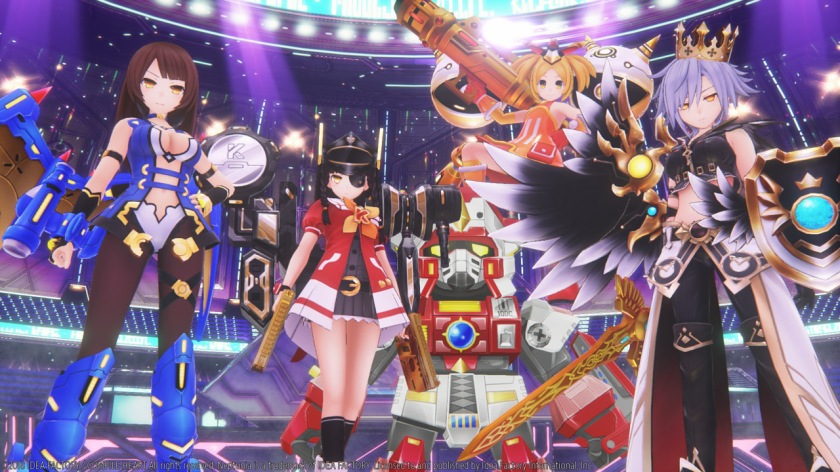 During these scenes, you’ll be transported into your very own (and customizable) VR room, in which you’ll be greeted by one of the game’s “Goddesses”. After seeing them in visual novel-style 2D graphics for the bulk of the game, it’s like seeing them come to life as they interact with you and move about the room. Sure, there’s the fact they’re slightly inappropriately dressed and many will discard the experience just based on that, but they’re probably not the Megadimension Neptunia crowd anyway. Beneath that visual layer, there’s a ton of excellent writing and gameplay to be enjoyed.

That gameplay is rather limited in the VR scenes though, as your main mode of interaction is by nodding or shaking your head in response to what the Goddesses tell you or ask of you. Only somewhat loosely connected to the main game in terms of gameplay, these VR scenes are just a small step up from having a “VR scenes” button in the main menu. If you were planning on grabbing Megadimension Neptunia VIIR solely based on its VR support, then don’t – it’s a nice but small experience to see these scenes and characters come to life, but hardly worth the price tag.

That’s not to say that Megadimension Neptunia VIIR isn’t worth the price of admission – it’s a more streamlined version of 2016’s Megadimension Neptunia VII so if you didn’t pick that one up then you’re getting an “ultimate edition” of sorts with optional VR support. There’s a new graphics engine under the hood which makes for smoother and crisper visuals, but there have been small gameplay tweaks as well. 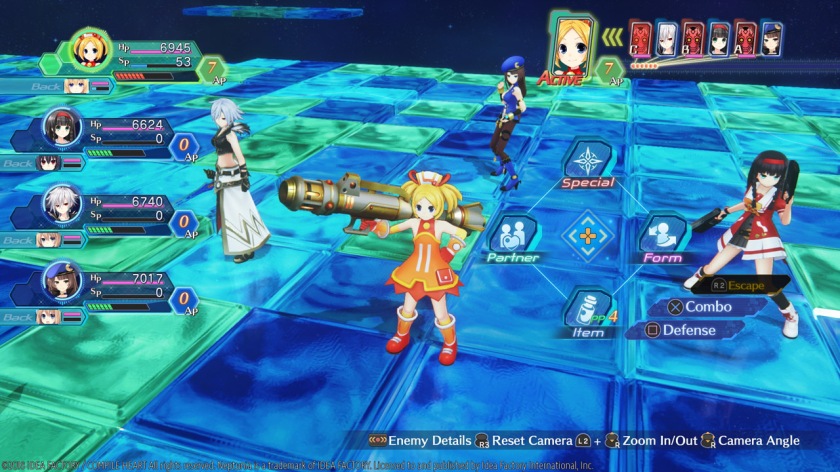 Most of these gameplay changes relate to the game’s combat system, although it’s still the familiar JRPG style turn-based combat we’ve seen in other titles in the series. There’s less of an emphasis on resource management in VIIR since your characters heal themselves in between confrontations, allowing you to focus on strategic and tactical choices. A lot of those choices have to do with smart unit placement on the battlefield, since having them close enough together to launch special cooperative attacks can make all the difference. It’s a technique I often went with, although a few times it paid off to have my characters spread further apart so I didn’t place them all in the face of danger at the same time. Combat plays out very smoothly, and it’s easy to enjoy it alongside the funny writing that’s always been a staple for the series.

The biggest problem for Megadimension Neptunia VIIR is how well it caters to its pre-existing audience, many of whom will already own the original Megadimension Neptunia VII. For all but the biggest fans, there’s a relatively high price to pay for an extra layer of shine and the inclusion of a few VR scenes. If you’re drawn to the universe and didn’t pick up VII then this is easily one of the best in the series, but for others it’s a question of how badly you want the upgrade. It’s not cheap and while the VR is nice, it’s definitely not groundbreaking for the medium and it doesn’t make this a must-own VR title – it’s just a really, really solid and fun Megadimension Neptunia title with a VR mode.