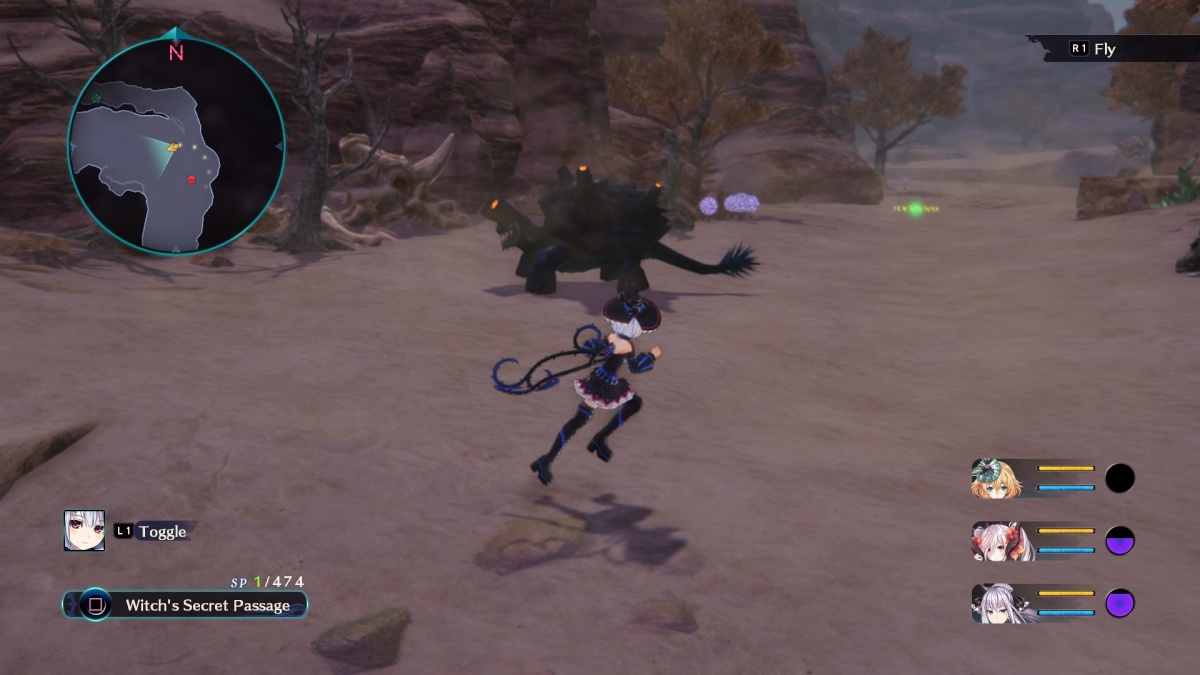 Compile Heart’s latest RPG title is out now on Playstation 4, and coming to PCs this summer. We take a look at Dragon Star Varnir.

When you think Compile Heart, you often think of their Neptunia brand of JRPGs – which has been going strong for almost ten years now. Dragon Star Varnir is a brand new IP from the studio though, and if that wasn’t enough reason to look forward to it, it also features tons of dragons. Between Dragon Age, The Witcher, Elswyr and Monster Hunter World I’ve seen plenty of them in recent years, but they’re not exactly a staple in the Japanese sub-genre of RPGs.

The story in Dragon Star Varnir is an interesting one, featuring a witch-hunting knight who switches sides after he is left for dead and patched up by the aforementioned witches – who are also the ones forced to breed dragons. The witches live under the weight of a terrible curse that basically turns them into breeding slaves for the dragons, and when you align with them to try and lift the curse – you’re on course for changing the overall balance in the world.

Being a Compile Heart JRPG, there is plenty of turn-based combat in the game. All the usual staples are there, and the setting for the game allows for a good mix of physical and magic-based attacks. You also regularly have access to a ‘devour’ option while in combat, which drains health and stamina from an enemy as well as giving you access to dragon cores. These instill knowledge and abilities to the witches in your party, with stronger opponents yielding better dragon cores.

Because only the stronger cores give benefits to your entire party (lesser ones only provide personal buffs), it becomes a bit of a game mechanic to make sure you handle your party management well. If you don’t, certain members of the squad will never level up through cores, so it’s important to make sure they get their turn as well when facing easier opponents ready to be devoured.

There’s another nice touch to the combat, and that is that takes place on a layered battlefield. Distributing and switching between layers is a key tactical element, and this even applies to larger boss fights where the boss itself takes up enough height to cover all three layers. In these scenarios, where you position yourself determines where your next attack is going to hit. This can cripple a boss somewhat, adding another tactical layer to the game.

Part of the game, and of the curse mentioned earlier, is that witches have to eat dragon meat to make sure the dragon inside them doesn’t consume them and take over – forcing them to stay in a dragon form. When they do, you’ll have to face them and kill them in order to regain access to their dragon cores. Turning a narrative element into a gameplay element, this highlights how important it is to the witches to break the curse.

My biggest gripe with Dragon Star Varnir was that, despite the novel premise and fun elements to the combat, it feels like it needs more polish. Visually unimpressive (especially compared to the other dragon-themed titles I mentioned earlier), I wouldn’t have been surprised to read that this game had its origins on the PS3 or Vita – as far as I know, it doesn’t. The game is also very text-heavy and the writing can feel a tad lazy at times – with replies that start to feel as repetitive as the visuals do. That may sound harsh considering that I actually liked Dragon Star Varnir quite a bit, but with its AAA price tag (and when considering the competition at that price point) the criticism is justified.

Then again – if you generally enjoy Compile Heart’s work and are interested in the premise, then Dragon Star Varnir has an excellent combat system in addition to a novel new narrative twist on the JRPG genre. In that sense, it’s solid, but not stellar.