Without Escape, from developer Bumpy Trail Games and publisher Eastasiasoft, originally launched on Steam back in 2018. It’s now available for the Playstation Vita (as well as other consoles), so we decided to take this escape room-type experience on the go for a review.

With support for the Vita getting smaller and smaller (though a few publishers including Eastasiasoft are still loyal to it), it’s interesting to see which games still come out for it. Many of them are ports and Without Escape falls into that category, but it’s also a game in a very particular genre of games – making it a bit of a rare curiosity for the platform.

That genre is the traditional point and click adventure game which became popular on PCs first. Of course you’re thinking “that’s not that rare”, but Without Escape falls into a specific subgenre – the kind of adventure game that became popular when the CD-ROM drive was introduced. With photo-realistic backdrops (though in low resolution by today’s standards) and the occasional use of Full Motion Video, it’s a genre that quickly soared and then vanished just as quickly.

This particular game isn’t as big in scope as games like Black Dahlia, The 7th Guest of The 11th Hour, but the visual style certainly evokes memories of those classics. Instead of having a cast of real life actors (though there is a filmic soundtrack), Without Escape relies on the sensation of being locked inside a house with no apparent way to get out. Although the scene is set right away, there’s not very much in the way of a narrative or narrative development here – which is a shame if you grew up playing the aforementioned games. They may have mostly been B-movie type affairs, but that was part of the charm.

Instead, you navigate through the house exploring different rooms and objects you can interact with. Sometimes you’ll encounter clues, and at other times you’ll find objects you might need elsewhere. There are plenty of puzzles as well, some of which include the use of objects to complete them. In most cases this is glaringly obvious, but the use of objects in one or two puzzles does feel incredibly far-fetched. Be that as it may, Without Escape is a fairly casual experience and shouldn’t stump you. 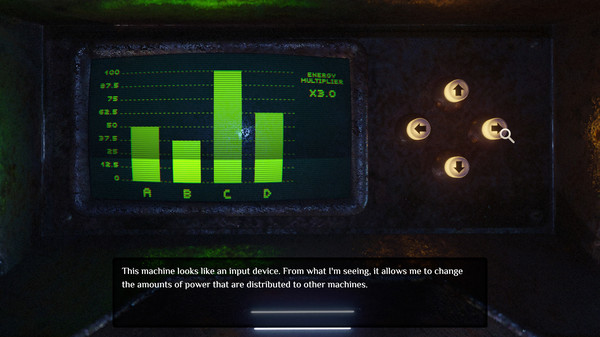 While its throwback nature is the game’s biggest strength, one of the biggest problems for Without Escape is how it compares to the games that came before. There are no memorable performances, there’s no narrative that will stick with you and it’s all over too quickly – with a completion time of one to two hours depending on how quickly you get through the game’s (not too challenging) puzzles.

At the same time, we’re not spoiled for choice on the Vita when it comes to this genre, and I appreciated the nostalgia. One issue I did have related to the Vita’s small screen, which can make it challenging to pinpoint objects in a scene – especially smaller ones. If you’re nostalgic for the games that inspired Without Escape then you’ll briefly enjoy this one, but if you don’t have any of that nostalgia in you then you might want to give this one a pass in favor of better (PC-based) examples like The 13th Doll or Tesla Effect: A Tex Murphy Adventure.