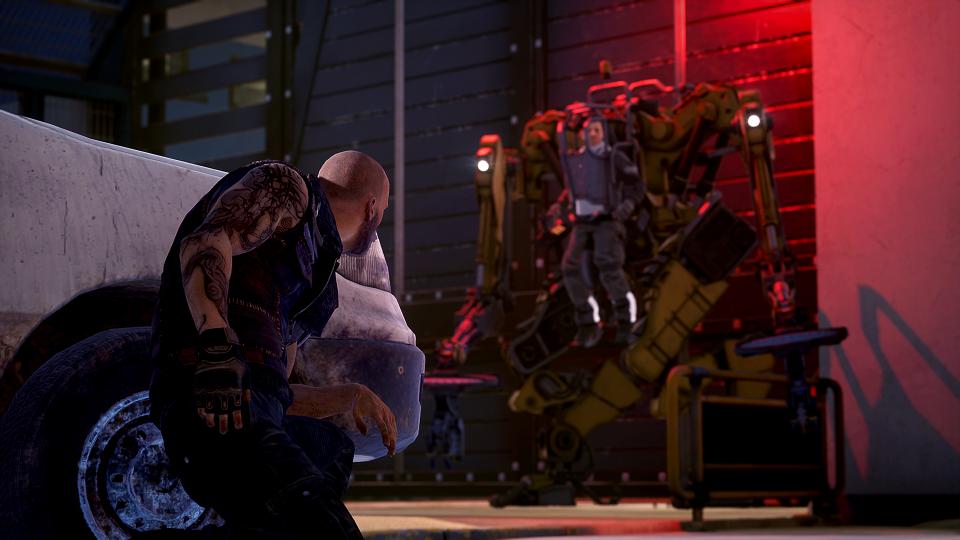 Nacon’s latest game Werewolf: The Apocalypse – Earthblood was developed by Cyanide, who previously gave us the excellent Styx games. It’s out now for PlayStation 4, PlayStation 5, Xbox One, Xbox Series S/X and PC (as an Epic exclusive) – our review was based on the PlayStation versions.

Werewolf: The Apocalypse – Earthblood is based on the works created by White Wolf as role playing games. Gamers will no doubt know their work through games like Vampire: The Masquerade – Bloodlines, but as we wait for the sequel to that game we can also explore the werewolf side of the White Wolf universe, in a take that is far less RPG-heavy than Bloodlines 2 will be.

There is a surprising and distinct “eco” flavor to the world in Werewolf: The Apocalypse – Earthblood, as you’re a werewolf named Cahal who lives in close connection with Gaia, also known as mother Earth. The antagonists are the people behind Endron, a giant multinational oil company that’s laying waste to Earth’s resources. They’re driven by the influence of the Wyrm, sworn enemies of the Garou (werewolves), and they force Cahal out of exile in order to save his tribe from the effects Endron is having on them.

It’s a potentially interesting setting for a deep RPG that’s heavy on narrative and well-developed characters with multiple layers, but at the end of the day Werewolf: The Apocalypse – Earthblood is much more of a stealth action adventure than anything else. It’s one that veers more towards action than stealth as well, which is surprising considering both the source material and Cyanide’s previous work on the Styx games. 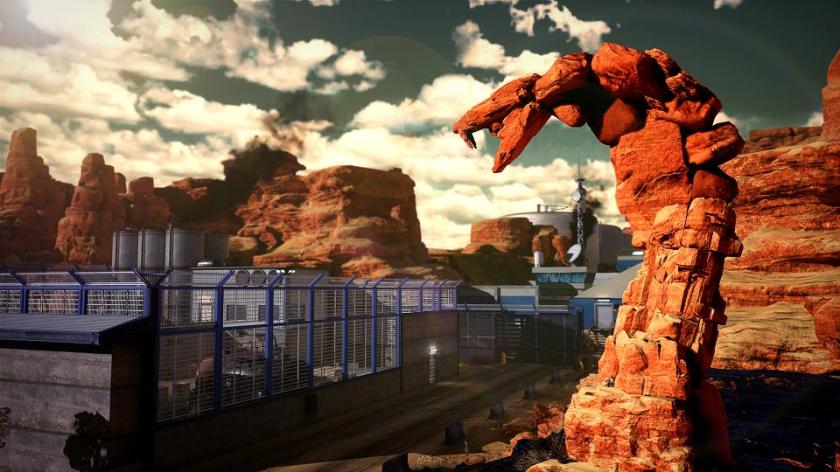 Part of that is down to so-so gameplay design though, as you can tell that there was a definite intent to have you play with stealth. Cahal and his werewolf form both move like they intend to not get noticed, and the main purpose of your human (homid) form is to blend in with humans, hack their security systems and take out their guards. You werewolf (lupus) form sounds ferocious on paper, but it’s a form primarily used for extra agility, like the option to get to places you can’t otherwise reach, for example by creeping through vents.

Isn’t the werewolf meant for brutal combat then? Well yes, but there’s a third form where you take on a “beast mode” of sorts and turn into a ferocious and larger than life version of a werewolf. This Crinos form is what you’ll see a lot of, as you’ll resolve combat this way and can turn a room into a place of blood, guts and carnage. When stealth fails, or you’re tired of looking for the quiet way through, werewolf combat is the way to go and it’s satisfying in a button mashing action game kind of way too.

Unfortunately, the reason you’ll resort to combat is that doing so doesn’t come with any serious kind of penalty. The alarm will ring and you’ll be attacked, but once you clear the room of enemies you’ll notice that the rest of the building just kept on working like nothing ever happened. As you progress, the incentive for sticking with the stealth approach gets smaller and smaller because of this. While this universe offers a ton of potential for a stealth game, Werewolf: The Apocalypse ends up feeling much more like a action game full of carnage than its RPG roots would suggest.

That’s not to say that RPG elements like the ability to level up skills aren’t there. You can choose to upgrade skills for all of your three forms so as to suit your playstyle better, so if you insist on stealth there are a few ways to increase your effectiveness. The same is true for combat, with Cahal being at his most ferocious once he enters a supercharged Enrage mode in his Crinos form. With several different attack modes, combat is actually a lot of fun, which I suppose is part of the reason why I didn’t go the stealth route if it seemed too time-consuming. The other side of that coin, however, is that the balance between stealth and action gets lost in the process. 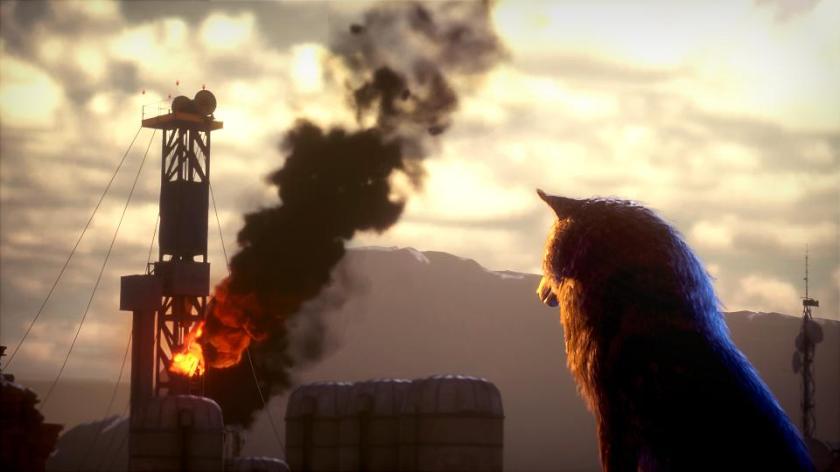 This game would have benefited greatly from gameplay design where one area (or chapter) forced stealth on you while another had you fighting people head on in Crinos form. It’s designed as an open structure with free choice right now, and while that’s often a good thing it only works when all options are essentially equal and you pick a route based on the given situation. Because failing at stealth isn’t penalized and you can always resort to violence, that balance is essentially lost.

Nitpicking, it still feels weird that returning to human form after some werewolf carnage doesn’t mean your clothes have torn (or become bloody) – but that’s something that all past Hulk games also suffered from. Visually, Werewolf: The Apocalypse looks okay, and it has some excellent effects for water and reflective surfaces. Coming from a game like Miles Morales the overall visuals don’t stand out as especially impressive though, with the cutscenes in particular lacking in production values. Werewolf: The Apocalypse – Earthblood is one of those rare games right now that has a version that’s native to the PS5, and you get it for free with the PS4 version, so at least that’s a plus.

Ultimately, Werewolf: The Apocalypse – Earthblood is a fun action-oriented werewolf romp through the world of White Wolf’s lore. It’s unimpressive in terms of its visuals and the stealth gameplay design that Cyanide is known for though, so it’s more of a fun diversion than a game you’ll see yourself coming back to .